How to Canoe & Kayak Your Way Through Klamath County

Klamath County is blessed with some of the West’s most extraordinary waterbodies and waterways. That might seem a bit hyperbolic, but it’s really the beautiful, sloshy, shimmery truth: From the vastness of Upper Klamath and Agency lakes and Sycan and Klamath marshes to a bounty of truly world-class trout streams, the Klamath Basin’s liquid side is superlative indeed. (And, c’mon: Crater Lake, for goodness’ sake!)

The abundance and quality of Klamath County’s spring creeks, rivers, wetlands, and lakes translate rather directly to abundant, high-quality boating—most certainly including the paddlesports end of the spectrum. You can find some general overviews of kayaking, canoeing, and SUP-ing your way around this magnificent country elsewhere at the Discover Klamath website: here, for example, or here. In this post, we thought we’d provide just a thumbnail sketch of the possibilities, and then spotlight three awesome local outfitters offering guided paddle trips as well as rentals, fishing excursions, and other resources.

With summer strutting out on stage, after all, now’s the time to be scheming up some Klamath County kayaking or canoeing getaways… 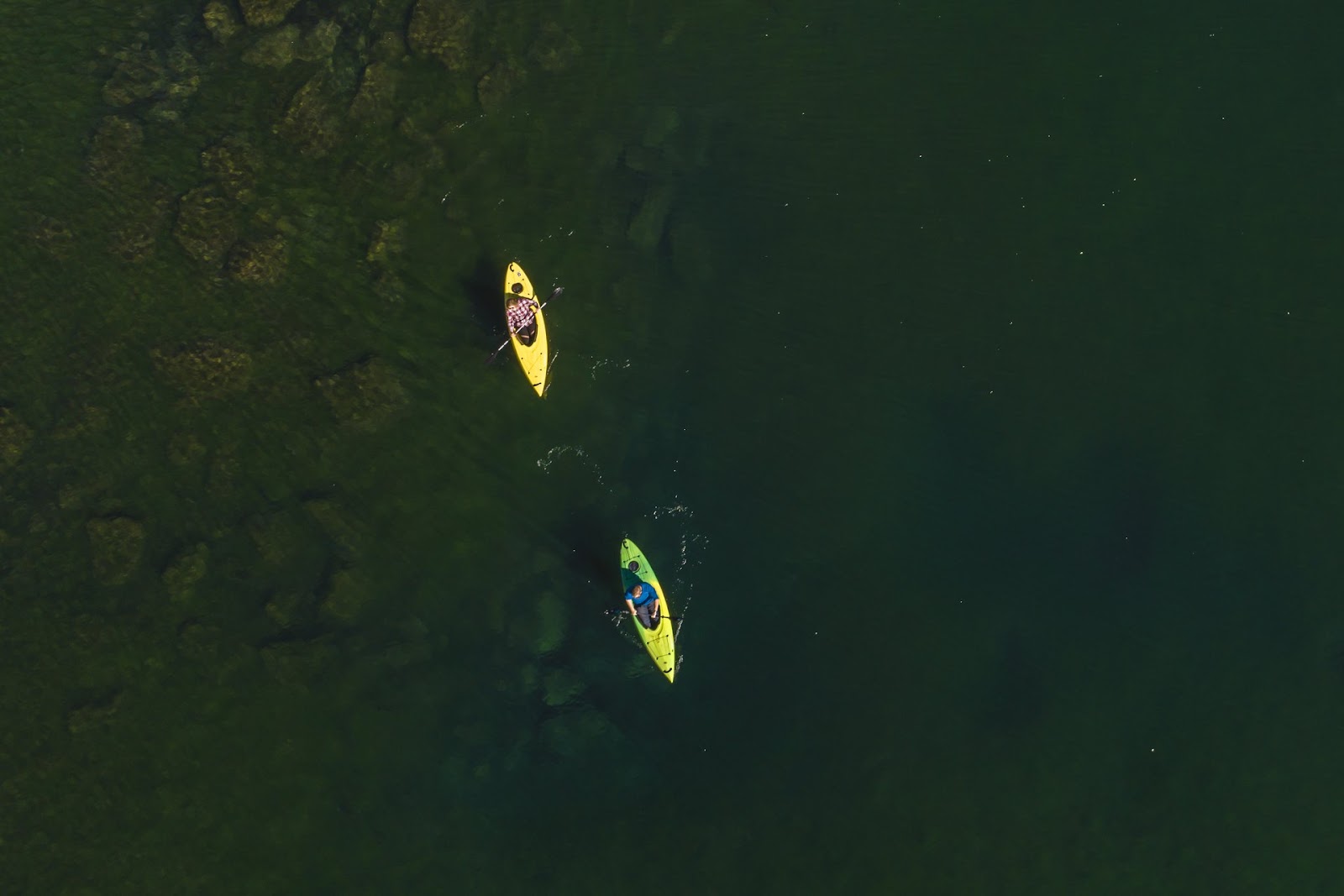 To say that Klamath County has world-class paddling would be a massive understatement. Photo by Kamrin Nielsen

From easy flat water SUP and canoeing to some of the Northwest’s premier whitewater, Klamath County is a paradise for paddlers. A treasury of Cascade Range lakes—including Odell, Crescent, Four Mile, and Lake of the Woods—draw them to the high country in the west. East of the Cascades, Upper Klamath Lake boasts the greatest surface area of any natural lake in Oregon—and the second-greatest volume after Crater Lake. (Hitting up both of these giant, chart-topping waterbodies is one of many boons of Klamath County sightseeing.) It and Agency Lake offer wonderful, leisurely paddle trips enlivened by absolutely outstanding birdwatching (and mammal-watching, too, given the resident river otters, beavers, and mink).

The great rivers forming the bloodstream of the Klamath Basin are their own draw: the Wood River, the Williamson, the Sprague, and the Sycan. All of these promise fantastic kayaking and canoeing adventures, as does the mesmerizing Spring Creek, a major Williamson tributary famed for its clarity and its unusual “mare’s eggs” cyanobacterial spheroids.

And Cascadian gorge of the Klamath River itself below Upper Klamath Lake provides rodeo-ride rapids to delight even the most seasoned river-runners. 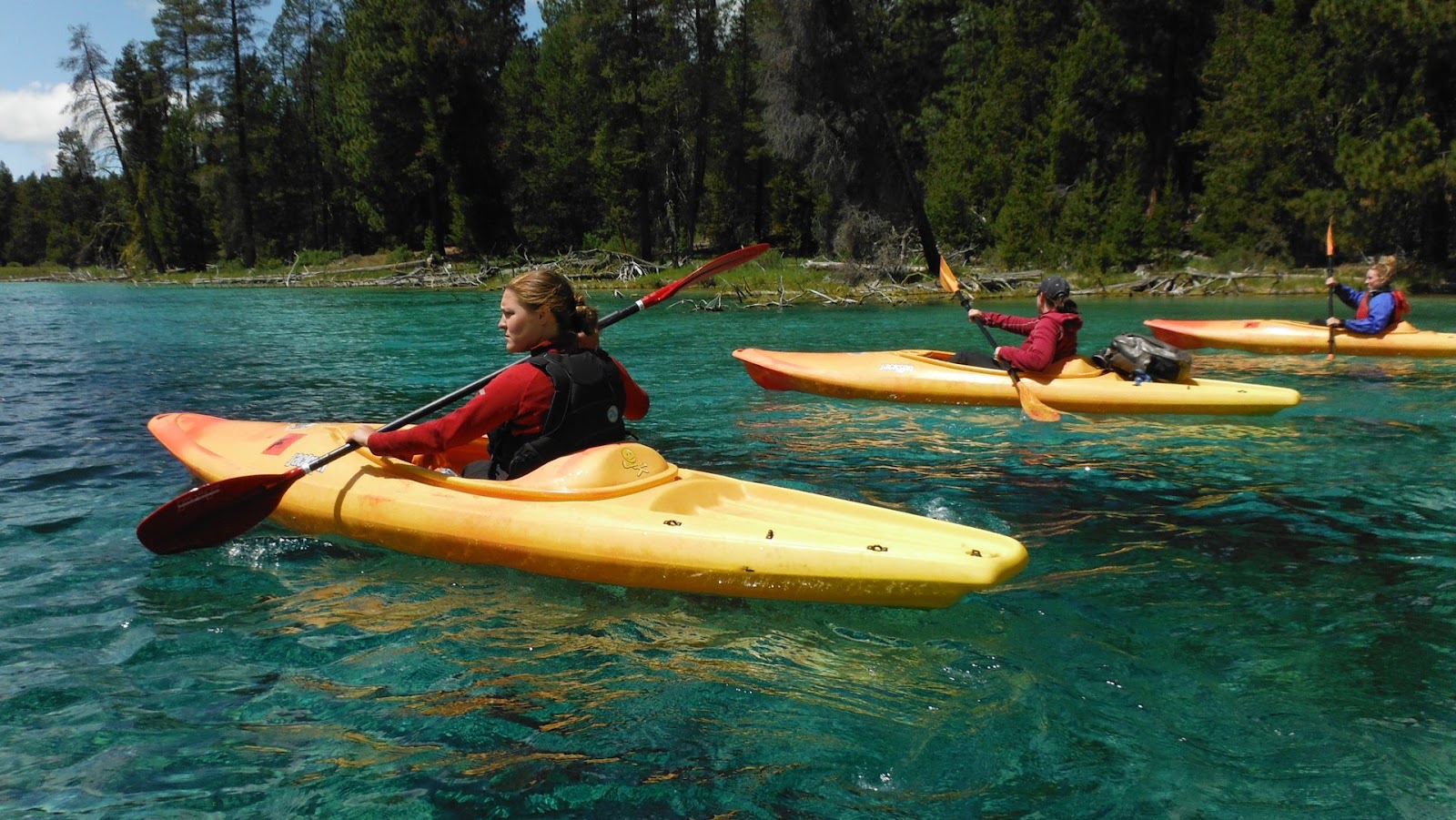 Opportunities for independent paddling in Klamath County are naturally ample, but there’s a lot to be said for signing onto a guided tour. Newbie paddlers often appreciate the advice and security of such an excursion, and folks of any skill level can benefit from the insider knowledge and off-the-beaten-track geographies this option delivers.

The following Klamath Falls-based companies lead a variety of kayaking trips that show off the diversity—and the splendor—of regional flatwater.

standout waters in the region. These include an exploration of the serene meanders of the spring-fed Wood River with its aspen groves and pasturelands, as well as a jaunt from the Collier State Park Logging Museum vicinity up to the headwaters of Spring Creek, marked by the “dancing sand” of its bubbling source. Other options include an exploration of the wildlife-rich Upper Klamath Canoe Trail at Malone Springs, which can be enjoyed as a standalone three- or four-hour odyssey or combined with morning ziplining via ROE’s “Skyak” package.

ROE Outfitters also leads fly-fishing trips on the Williamson, Wood, Rogue, and Klamath rivers after trout and steelhead, plus angling for lakers, rainbows, kokanee salmon, and more up on various high lakes in the Cascades.

Sky Lakes Wilderness Adventures is another great choice for paddling your way into the heart of Klamath County. This company also leads a variety of kayaking tours, including paddles up to the headwaters of the Wood as well as through the fertile delta backwaters of the Wood River Wetlands along Agency Lake. Or consider the roughly three-hour trip on the Williamson River between Collier Memorial State Park and Chiloquin, or the survey of Shoalwater Bay on Upper Klamath Lake, a birdwatcher’s delight with bald eagles, black terns, warblers, mountain bluebirds, woodpeckers, and other feathered marvels in attendance.

Other guided paddling destinations include the Sprague River, Spring Creek, Malone Springs, and Harriman Springs. The “3 Rivers in 3 Days” option stacks Spring Creek, the Wood River, and the Williamson River into one unforgettable itinerary.

Besides its guided outings, Sky Lakes Wilderness Adventures rents kayaks and other paddle sports equipment, and also provides shuttle service for paddlers doing their own self-guided trips. The company also runs fly-fishing trips on the Wood and Williamson rivers among other “fishing holes,” not to mention mountain-biking tours, snowshoe trips, and other guided outdoor adventures.

Adventure Oregon tempts with its own slew of guided paddling outings, including to Spring Creek, the Upper Klamath Canoe Trail, the Upper Wood River and Wood River Wetlands, and the Williamson River. The outfitter also rents ‘yaks and canoes for three-hour or full-day sessions on Upper Klamath Lake and the Klamath National Wildlife Refuge, in addition to offering pontoon tours, fishing charters, and a variety of other experiences showing off Southern Oregon’s wild grandeur.

This woman-owned and operated business is the only outfitter in the area permitted for guided tours of Crater Lake National Park—both half-day and full-day trips—with transportation included. But Explore Southern Oregon also leads some great kayaking adventures on that remarkable canoe trail in the Upper Klamath National Wildlife Refuge, not only showing off native critters but also emphasizing the waterscape’s indigenous significance (including the importance of the aquatic wocus plant for Native subsistence).

Indeed, Explore Southern Oregon even offers the pretty darn enticing option of combining a half-day exploration of Crater Lake in the morning with an afternoon paddle along the marshy margins of Upper Klamath Lake in the afternoon: a heck of a Klamath County double-header!

Get Paddling on Your Next Visit to Klamath County 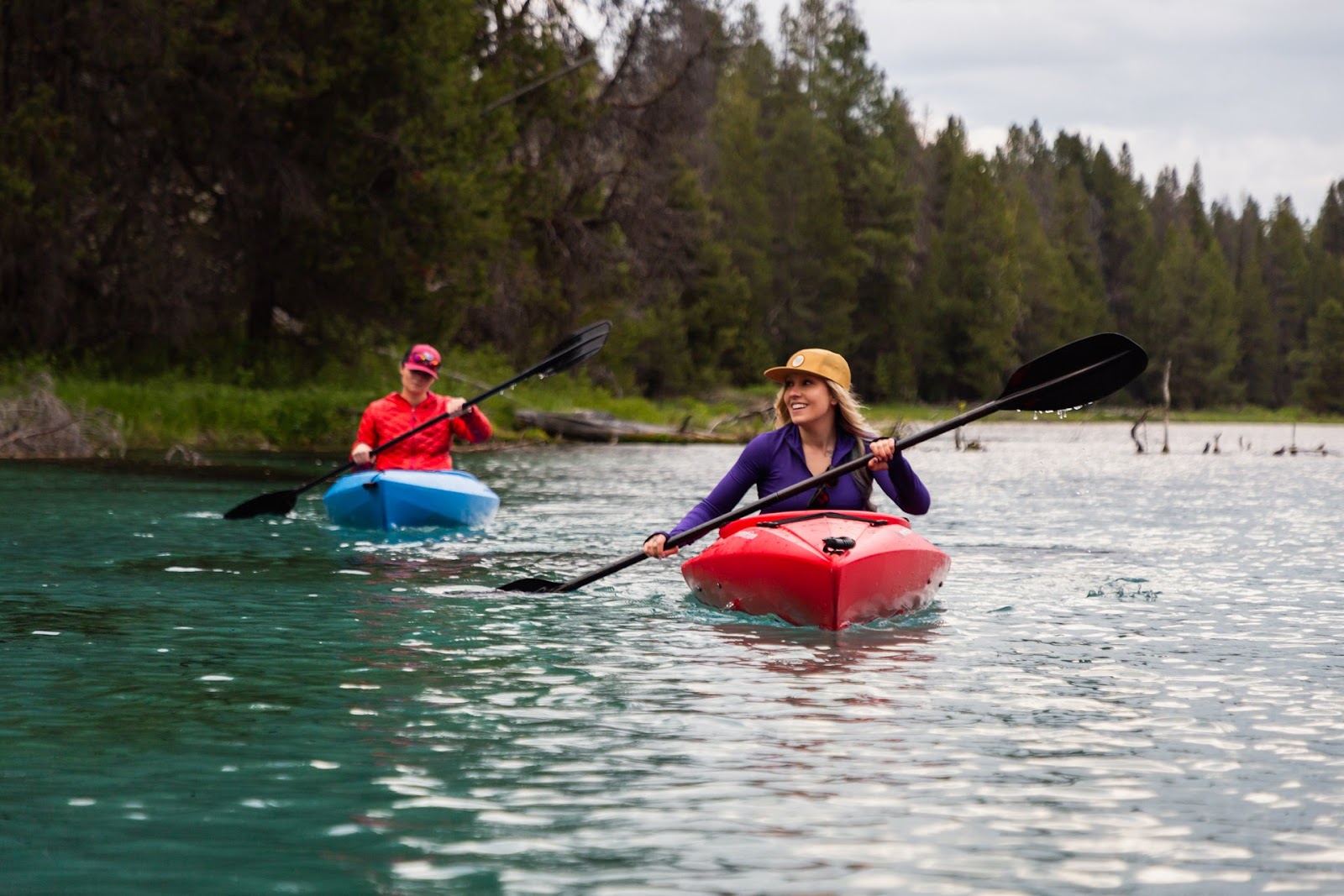 In short, paddling in Klamath County is unforgettable. Photo by Kamrin Nielsen

Spying a bittern or coot in a marshy inlet, sliding along a glossy current amid the vanilla scent of ponderosa pine, tackling the fury of Class IV and V rapids in the Klamath gorge: Paddlers tap into sheer magic along the streams and bays of Klamath County. A canoe, kayak, or stand-up paddleboard serves as epically fun front-row seats to that magic show, as you really ought to find out for yourself this summer!