The Six Most Instagrammable Hikes in Klamath County

One of Oregon’s biggest counties is also scenically diverse. Klamath County has an outright surplus of crazy-picturesque hikes—some of the Pacific Northwest’s most dazzling sights can be had within its expansive bounds. Narrowing down the most all-out Instagrammable trails isn’t easy, but the following six will definitely light up your feed! 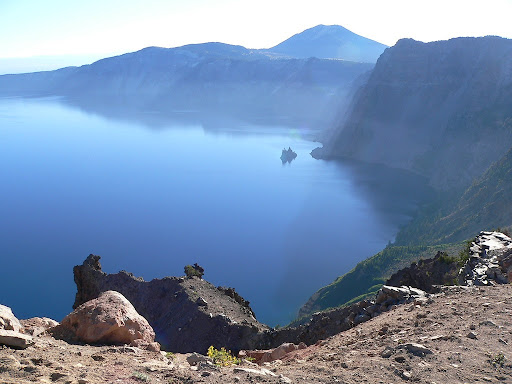 The view of Crater Lake from Garfield Peak is one for the Instagram record books. Photo by Lee Coursey

Given Crater Lake—that piercingly pure body of water occupying the sundered crown of Mount Mazama along the Cascade crest—can hold its own with any spot in the world scenery-wise, you’re spoiled for choices when it comes to photogenic hikes here in Oregon’s only national park. Trails to the top of The Watchman on the western rim, or to the park’s high point—8,929-foot Mount Scott, which provides the greatest wide-angle look of the area and farthest sightlines—could easily sit on this list.

But for maybe the most iconic top-down look at North America’s deepest lake, take the 1.7-mile trail from the Crater Lake Lodge up to 8,054-foot Garfield Peak along the south wall of Mount Mazama’s caldera. The route has you climb the outcropped ridge of Castle Crest, through stands of mountain hemlocks and wildflower meadows, to the wind-battered whitebarks and subalpine fir of Garfield Peak.

From this bold summit—one of the high points of the immediate Crater Lake rim—you’ve got an unbeatable view. The snowmelt-nourished waters of the lake itself look close enough to dip your fingers in; to the north-northwest, the cinder cone of Wizard Island looms out of the glassy blue, while northeastward the pinnacled andesite islet of Phantom Ship edges the east side of Chaski Bay.

Immediately southeastward, the Eagle Crags and Applegate Peak brood along the south rim; across the flooded caldera rise other of Crater Lake’s signal summits, including The Watchman, Hillman Peak, and Llao Rock, while Mount Scott—one of the surviving satellite cones of the old Mount Mazama complex—dominates the eastern horizon beyond Cloudcap on the eastern scarp.

North along the Cascade spine, the gentler profiles of Mount Bailey and Diamond Peak contrast with the whittled fang of Mount Thielsen, the “Lightning Rod of the Cascades.” To the northeast stands the subtle but gigantic shield of the Newberry Volcano.

To the south, meanwhile, you can look from the Munson Valley, Union Peak, and Mount McLoughlin out to the icy crown of Mount Shasta, king of the Southern Cascades.

Hit up a couple of splendid waterfalls in the backcountry borderland between Crater Lake National Park and the Sky Lakes Wilderness along this tucked-away hike. Take the Pumice Flat Trail off Highway 82 in the southwestern quadrant of the national park through lodgepole woods and glades to the Pacific Crest Trail, then cut off to Stuart Falls: a beautiful, roughly 40-foot fanning wash down a cliff that’s basically tailor-made for Instagram posts. Follow Red Blanket Creek downstream to reach the more slanted, but equally impressive Red Blanket Falls at the cusp of Red Blanket Canyon.

Heads up: You can also reach Red Blanket Falls and Stuart Falls from downstream via the dead-end Red Blanket Road by hiking the Red Blanket Trail, which passes through some fine old-growth forest. This route, however, has been significantly degraded by wildfire damage and subsequent erosion, so it’s an especially “adventurous” undertaking at the moment.

The Sky Lakes Wilderness gets its apt name from a profusion of lakes sprinkling the heavily timbered Cascade crest south of Mount Mazama. There are several distinct watery clusters here, all well worth visiting, but perhaps the wilderness’s premier overview hike is the loop through the Seven Lakes Basin via the Seven Lakes and Pacific Crest trails. From the Seven Lakes trailhead off Forest Road 3780, you can head for the awesome, far-reaching views atop Devils Peak, then drop down into the Seven Lakes Basin. Besides the broad vistas from Devils Peak, the quintessential photo op on this walkabout is Cliff Lake, which reflects that summit’s gnarled edifice. 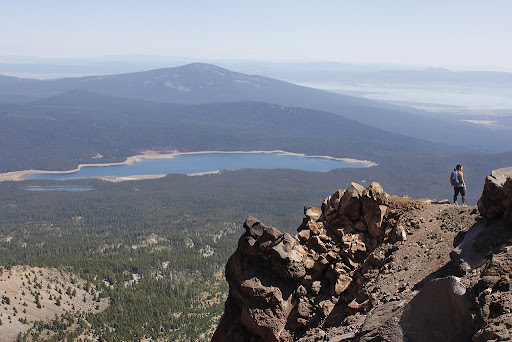 The lofty peak of Mount McLoughlin is about as picturesque as it gets. Photo by US Forest Service PNW

Although the 9,495-foot summit of Mount McLoughlin lies just across the border in Jackson County, the trailhead and the mountain’s eastern flanks lie in Klamath County, so you’d better believe the climb up this magnificent stratovolcano’s going to make the list!

The basaltic andesite cone of Mount McLoughlin—high point of the Sky Lakes Wilderness and of southern Oregon in general—appears fairly smooth from the west and south, but its northeastern side is gutted by great cirques gnawed out by Pleistocene glaciers. It’s that more rugged and ravaged face of the volcano that’s visible from beautiful Fourmile Lake at its northeastern foot.

The Mount McLoughlin Trail ascends nearly 4,000 feet to the summit across about 5.5 miles. This isn’t a technical mountain climb, but it’s a demanding hike, much of it playing out over boulders, talus, and loose scree. Bring forth your inner Reinhold Messner and immortalize your ascent with a summit selfie, then capture some of the incredible mountain top panorama. The views unroll westward to the Siskiyous, southward to Mount Shasta and Lassen Peak, eastward across the Upper Klamath Basin to Gearhart and Yamsay mountains, and north to the broken heights of Mount Mazama, Thielsen’s horn, and the Three Sisters.

A hefty shield volcano topped with a cinder cone (and, like nearby Mount McLoughlin, gouged out on its northeastern side by bygone glaciers), 8,030-foot Pelican Butte swells northeast of Fourmile Lake. There’s a decommissioned lookout tower at the summit that provides an awesome vantage, and while you can drive a high-clearance 4WD vehicle to it, it’s more pleasurable to hike the switchback road up from the west.

The prospects up and down the Cascade crest are fabulous, but maybe the highlight of the Pelican Butte viewshed is Upper Klamath Lake glinting just a stone’s throw to the east: This is one of the great perches for a bird’s-eye view (and a killer pic) of Oregon’s biggest natural lake and one of North America’s all-out waterfowl hotspots. 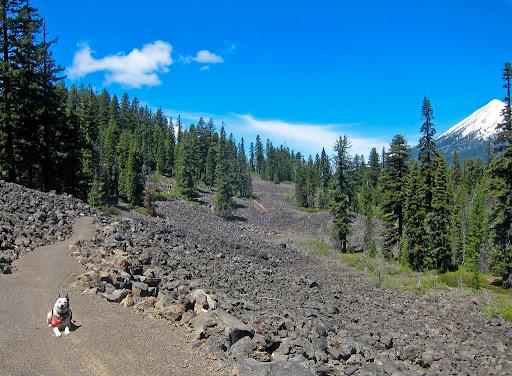 Out for a scenic trail run in the Winema National Forest. Photo by ex_magician

Obscure by the standards of Crater Lake or even Mount McLoughlin, Yamsay Mountain is something of a hidden jewel in the northeastern reaches of Klamath County: a nearly 8,200-foot shield volcano poised aloofly east of the Cascades, lording over the conifer highlands between Klamath Marsh and Sycan Marsh. In classic shield-volcano fashion, Yamsay’s not imposing when viewed on the skyline from afar, but actually this is one of the more prominent peaks in Oregon. Its off-the-radar remoteness and view-rich summit make the peak an irresistible adventure.

You can reach the top in nearly 17 miles via the Fremont Trail from the Silver Creek Marsh Campground, or take the shorter but rougher trek up an abandoned track from Forest Road 4973. Either way, you’ll have plenty to aim that viewfinder on, so long as the weather’s accommodating: Cascade giants from the Three Sisters south to Shasta, plus the alluring edge of the Oregon outback’s Great Basin vastness to the far east.

Grab your cameras, get out into Klamath County’s backcountry and get your Instagram ready for some viral action. For more amazing sites and adventures in Klamath County check out their trip ideas and start planning.