Klamath Falls is well-known for many things making it an excellent place to visit but also, a great place to live. Located in Southern Oregon and known for its natural beauty, Klamath Falls has blossomed into a must-see area for tourists.The city is well-known as the gateway to Crater Lake National Park and as Oregon’s City of Sunshine. The closest city to Crater Lake is Klamath Falls at just under 60 miles from the national park. But that’s not all, Klamath Falls is also only a small jaunt to Lava Beds National Monument, has six national wildlife refuges, and has quick access to many trails, lakes and rivers for endless outdoor recreation opportunities. As Oregon’s City of Sunshine, it’s hard not to find reasons to love Klamath Falls Oregon with a sunny high desert climate, low cost of living, and plenty of natural beauty and things to do in the Klamath Basin. 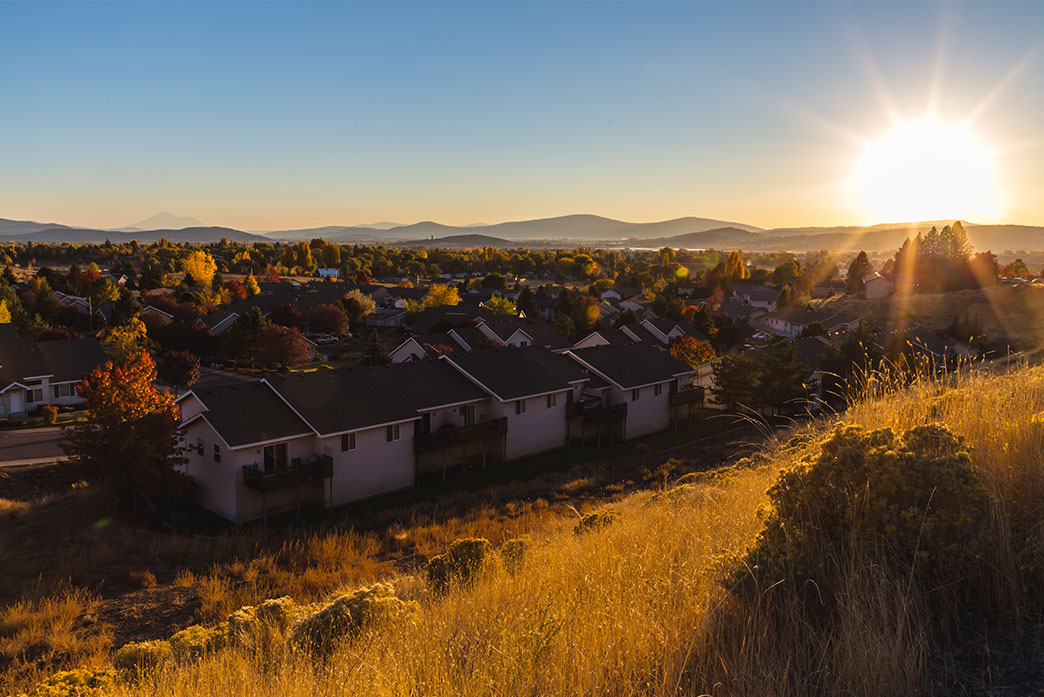 Over 300 days of sunshine per year in Klamath Falls, the City of Sunshine.

Klamath Falls is one of the sunniest places in Oregon with an average of 300 days of sunshine per year. The city sits on the eastern side of the Cascade mountains and in the southern part of the state which is generally sunnier than the western areas in the valleys and near the coastline. The sunny dry weather in Oregon’s high desert landscape provides the perfect destination to live or visit year-round. One of the unique reasons to love Klamath Falls is that it has mild temperatures but still sees a true four seasons of the year. Summer months see an average high around 85 degrees fahrenheit, and 40 degrees in winter, with the sun shining over 80% of the year. You can expect that nights will be chillier year-round. On average, the Klamath Falls climate receives roughly 16 inches of rain, per year. The US average is 38 inches of rain per year. Snowfall in Klamath Falls averages around 3.8 inches in November, 9.1 inches in December, and 12.1 inches in January.

A major attraction to existing and prospective Klamath Falls residents is the highly affordable cost of living. Compared to many cities in the Northwest with similar amenities and accommodations, living expenses are much more cost-effective in Klamath Falls. Roughly 7% less than the national average. Additionally, owning and operating a business in Klamath Falls can be much less expensive than other parts of the state. Many businesses are setting down roots in Klamath Falls because of the affordable amenities and quality of life that smaller town living can provide their employees. Economic experts in Klamath County agree that the business climate is now on the upswing after years of recovery from the 2008 recession with increasing sales figures, low unemployment, and reinvestment in the community. The Klamath Falls cost of living is definitely a major reason to love the area.

Nearby Attractions and Points of Interest 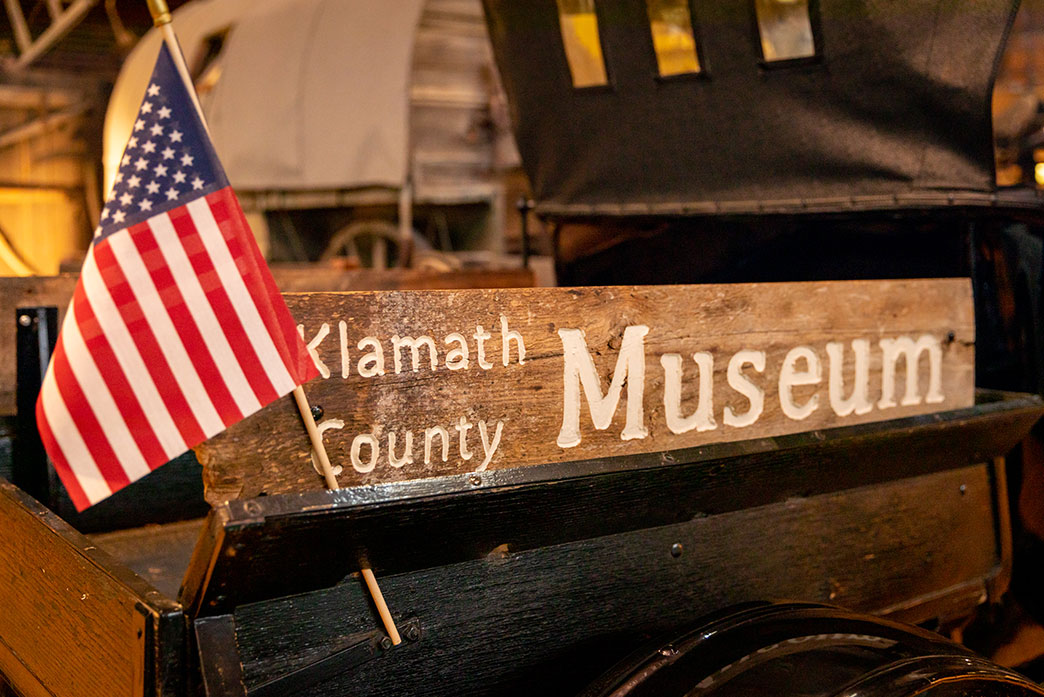 Klamath Falls is well-known as the gateway to Crater Lake National Park, Oregon’s only national park located just 60 miles north of the city. Though it may be the most popular, Crater Lake and Lava Beds National Monument aren’t the only Klamath Falls attractions that draw in visitors. A bit closer to the city, there are many museums about the local history as well as a unique, walkable, and historic downtown area. Outdoor activities near Klamath Falls are plentiful. Within minutes from downtown you can find yourself hiking 30+ miles (and growing!) of trails in the trail system on Moore Mountain, or paddling in Upper Klamath Lake or on Lake Ewauna. Local favorite Klamath Falls points of interest include Spence Mountain, Running Y Ranch Resort, Moore Park, and Hogback Mountain. Close to town you’ll find beautiful Mountain Lakes in the Sky Lakes Wilderness Areas, plus rustic-style cabins and resorts for a quick southern Oregon weekend getaway.

An Abundance of Outdoor Activities 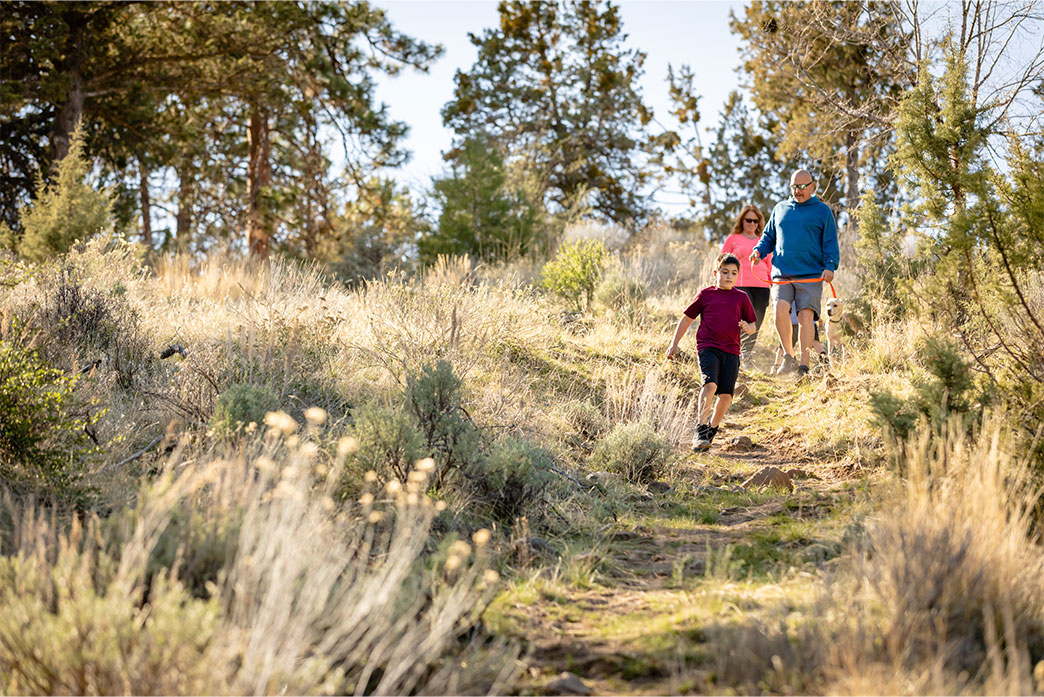 The Nature Trail in Moore Park is a family favorite.

What is Klamath Falls known for? Well we mentioned being the gateway to Crater Lake National Park, but Klamath Falls is also known for its sprawling forests, clean air and nearby Upper Klamath Lake just outside downtown. The high desert temperate climate and blue skies provide the opportunity for year-round outdoor recreation. Discover as much hiking, biking, water sports, winter sports, and much more as you visit or live in Klamath Falls. Within the city, there are over 600 acres in the local park system providing plenty of natural open space to be enjoyed close to home. What’s not to love!