Klamath Falls is well-known for many things like being the gateway to Crater Lake National Park and close to Lava Beds National Monument, six different National Wildlife Refuges, a beautiful and true full four seasons of the year, and enough lakes, rivers and streams to keep any water enthusiast. The sunny high desert climate, and abundance of outdoor recreation available in the Klamath Basin area make Klamath Falls and Klamath County an emerging and fun, family friendly travel destination. From the popular to the lesser known, here are the top fun facts about Klamath Falls to know and love. 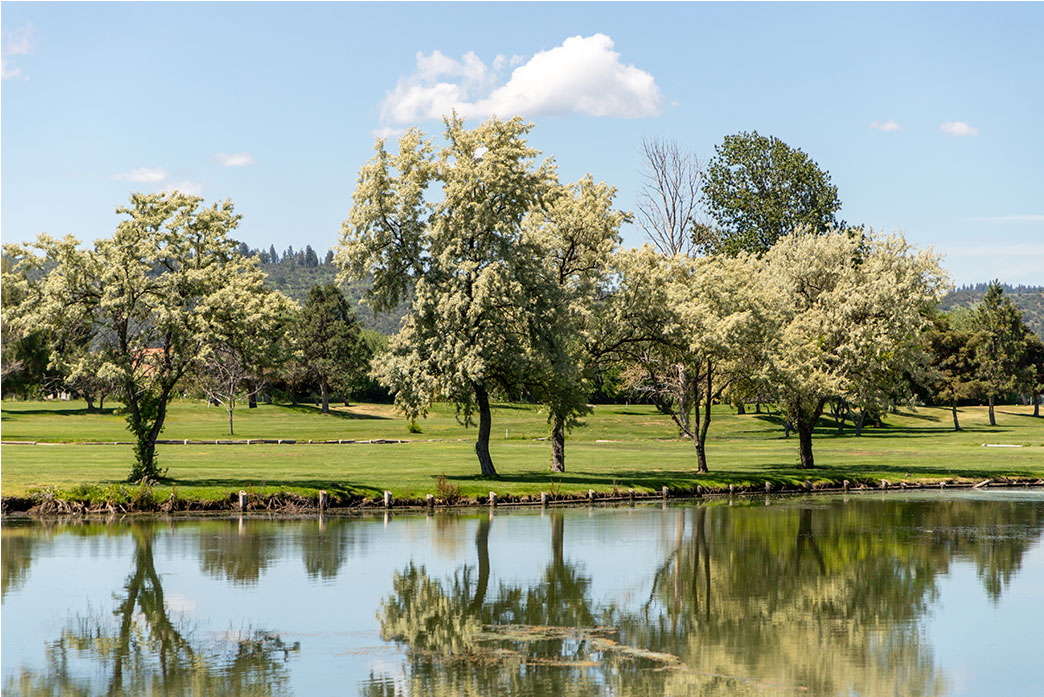 Beautiful, sunny view with a blue sky at one of three golf courses in Klamath Falls.

Klamath Falls is one of the sunniest places in Oregon with an average of more than 300 days of sunshine per year, this is why the city is dubbed Oregon’s City of Sunshine. The city sits on the eastern side of the Cascade mountains and in a southern part of the state which is generally sunnier than the western areas. The sunny dry weather in the Oregon high desert landscape provides the perfect destination to live or visit year-round. As the sunniest city in Oregon, Klamath Falls sees a true four seasons and is the perfect location for the active outdoor enthusiasts who love winter sports and warm summers in the water. Klamath’s warm, but not too hot, summers make for a great location for the snow birding type too. 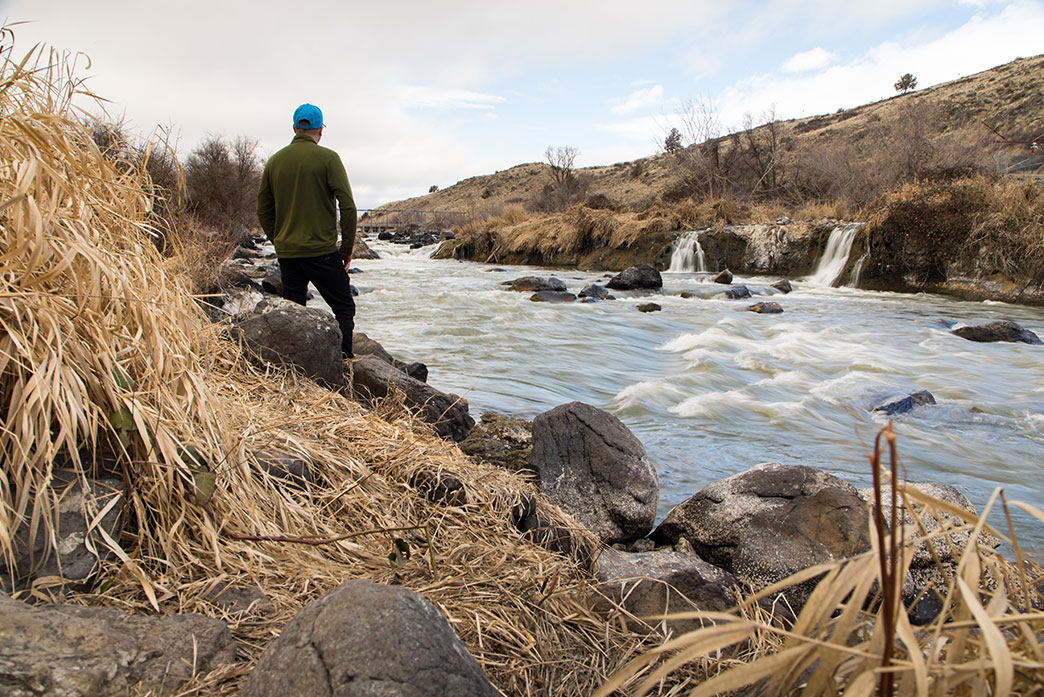 So why the name Klamath Falls? Klamath Falls used to be named Linkville, named after the Link River that connects Upper Klamath Lake to Lake Ewauna which then drains into the Klamath River and eventually into the Pacific Ocean off the coast of California. It wasn’t until 1893 that the name was changed from Linkville to Klamath Falls some say as part of marketing ploy to get travelers to stop and stay in the city. No need to be disappointed though, there are many other nearby picturesque waterfalls in the area within an hour or two drive from the city.

Klamath Falls Has an Abundance of Parks

There are Multiple Museums 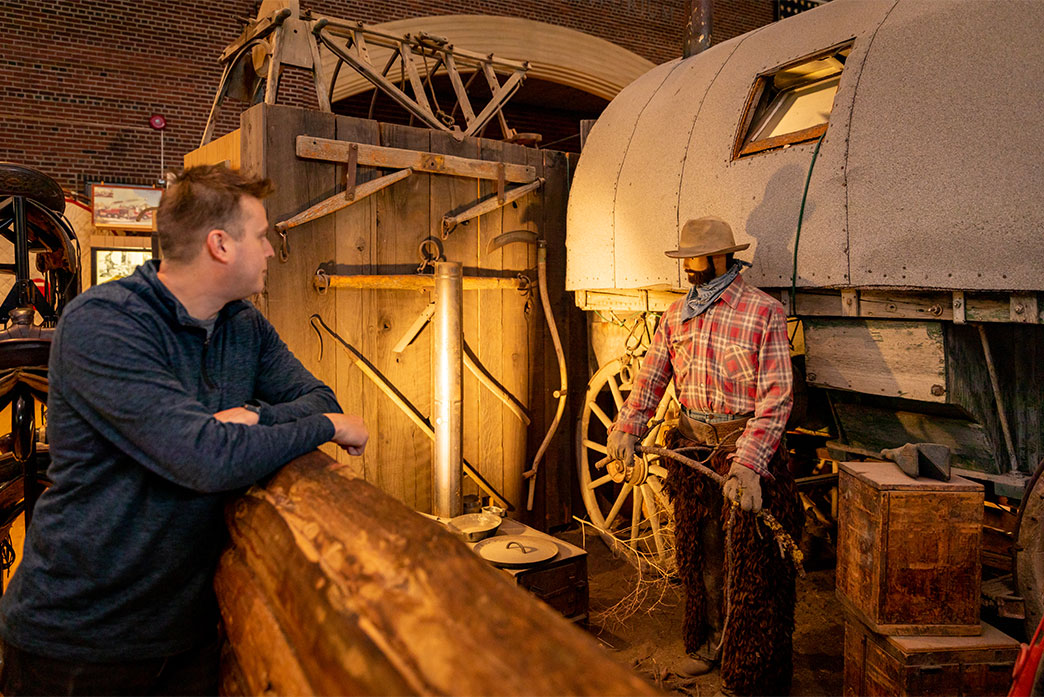 Speaking of rich heritage, Klamath Falls has a rich and diverse history which lead to multiple different Klamath Falls museums. Another thing to know and love about Klamath Falls! There are 3 unique county museums including an old military fort and historic hotel, plus a children’s museum, an outdoor logging museum, a Native American artifact and western art museum, a train museum, a historical drug store museum, and a museum on the Modoc War. Whether you are looking to spend a few hours or multiple days, the top museums in the area have more than enough fun facts to discover including the Baldwin Hotel Museum, the Collier Memorial State Logging Museum, and the Klamath County Museum.

There are Many Day Trips from Klamath Falls

Klamath Falls is located in a beautiful place in Southern Oregon in a central location that is a quick day trip from multiple other desirable cities. Some day trips from Klamath Falls can even be taken on the Klamath Falls amtrak on the coastal starlight route. Amtrak from Klamath Falls is easy to ride with the train station Klamath Falls conveniently located downtown. Additionally, Klamath Falls to Medford is about an hour’s drive, roughly 70 miles and part of which travels along the Volcanic Legacy Scenic Byway. The popular (and sometimes crowded) Bend, Oregon is about a two hour drive from Klamath Falls, and just over the California Oregon border Redding, California is about the same distance. Other quick trip ideas include traveling to Portland or the amazing Oregon Coast.

The Lava Beds National Monument is a fascinating park (that really should be a national park in our opinion) located less than an hour from Klamath Falls. Lava Beds National Monument has more than 800 lava tube caves, the greatest concentration in North America, Native American rock art sites, historic battlefields and campsites like those from the Modoc War, and a high desert wilderness experience. Included in the collection of Native American rock art sites is Petroglyph Point, a form of rock art made by carving into the rock rather than painting on to it. It is possible that some of these petroglyphs at Lava Beds were made more than 6,000 years ago, though estimating the age of an individual petroglyph based on weathering can be complicated. Petroglyph Point is also the center of a Modoc creation story. 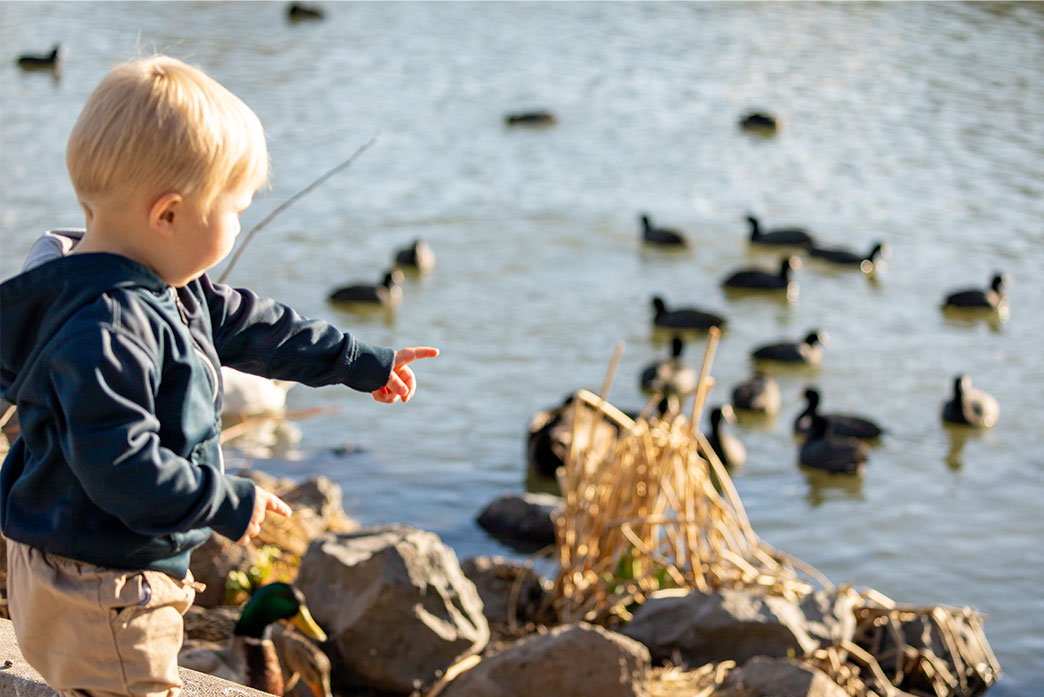 Birding is fun for all ages.

The Klamath Basin is well-known for its wide diversity and abundance of bird life due to its many habitats including marshes, open water, forests, high desert woodlands, grassy meadows, rocky cliffs, and more. The Klamath Basin sits on the Pacific Flyway, a major north-south route of travel for migratory birds in the Americas, extending from Alaska to Patagonia. Every year, migratory birds travel some or all of this distance both in spring and in fall, following food sources, heading to breeding grounds, or traveling to overwintering sites, such as the Klamath Basin. About 80% of the Pacific Flyway migrants make the Klamath Basin a stopover. This makes the area a bird lover’s paradise, touting Klamath Falls bird watching as an activity year round, and even has an annual Klamath Falls bird festival called the Winter Wings Festival with multiple days of activities and vendors over President’s Day Weekend highlighting the many birds that live in and migrate through the Klamath Basin.