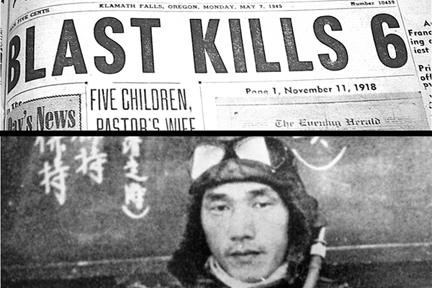 Two documentaries on Southern Oregon events during WWII will be screened at 6 p.m. the Ross Ragland Theater Friday, Feb. 28.

First up will be “On Paper Wings,” recounting the Japanese balloon bomb explosion that killed six Klamath County residents near Bly in 1945.

Showing at 7:30 p.m. will be “Samurai Over the Oregon Sky,” a new documentary that tells the story of a Japanese pilot who dropped a bomb in the forest near Brookings, then made a peacetime reconciliation visit to the coastal community that turned out to be highly controversial.

Both films run about an hour. Filmmaker Ilana Sol will be on hand for Q&A.