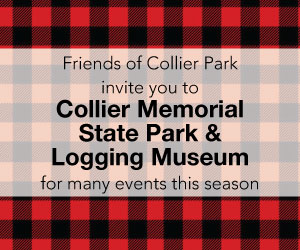 Before “Star Wars”, “American Graffiti” or “Indiana Jones”, Director George Lucas debuted his first feature film with the 1971 dystopian sci-fi thriller “THX 1138”. The film was produced along with Francis Ford Coppola (“The Godfather”, “Apocalypse Now”) as part of a radical new production company created by Lucas, Coppola and other contemporaries to break from the “old” Hollywood studio system.

Klamath Falls actor Don Pedro Colley (~50 screen credits including “The Dukes of Hazzard”, “Beneath the Planet of the Apes”) who passed in late 2017, shares significant screen time opposite Duval in this cautionary future of compliance, collectivism, and a need to correct “wrongs” into “rights” eerily parallel to our own currently evolving present.

In “THX 1138” individuals have been reduced to workers in a collective society known only by their letter/number designation. Medicated in order to maintain a level, emotionless life for optimum efficiency and with only the face of an otherwise faceless and apathetic “God” of industrialization in rows of confessional booths to monitor compliance while encouraging all to “Work hard, increase production, prevent accidents, and be happy”, the title character played by Robert Duvall (“The Natural”, “Open Range”, “Apocalypse Now”) begins to have unknown feelings and question the world around him. Since non-conformity to the collective is inefficient and must be corrected, the “system” tasks it’s mechanical police force with tracking down THX 1138 for reconditioning.

Please be aware this film is rated R for some sexuality/nudity.

General admission is $10. 18 and under will be free at the door with ID thanks to support from the Oregon Cultural Trust. Tickets may also be purchased at the door but there is limited seating for this special showing. Klamath Film members and our 2019 sponsors, partners and other select supporters will receive free tickets to this event as a general thank you for 2019 support!

If you like our regular programming, consider becoming one of our Members or Film Lovers. Your ticket discounts will pay for themselves!