Where to Go Wilderness Camping (and Stargazing) in Klamath County

Along with the downtown enticements of Klamath Falls and the developed campgrounds and boat launches of the immediate surrounding area, Klamath County also offers an extraordinary span of nearby wilderness areas. Readily accessible to day hikers, these wilds are most immersively enjoyed by backpackers tenting out for a night (or a few!) far from blacktop roads.

Among the joys of the deep backcountry are deep night skies. The wild places out in these parts offer minimal light pollution, putting the grandeur of the celestial sphere on full display. There’s something magical about the harmony between terrestrial and extraterrestrial wilderness, gazing up from shadowy woods and midnight crags into the unfathomable reaches of trackless cosmic spaces.

In this post, we’ll lace up our hiking boots and steer our way through the wilderness areas of Klamath County, highlighting backcountry-camping opportunities and the awesome skywatching that go hand-in-hand with them. 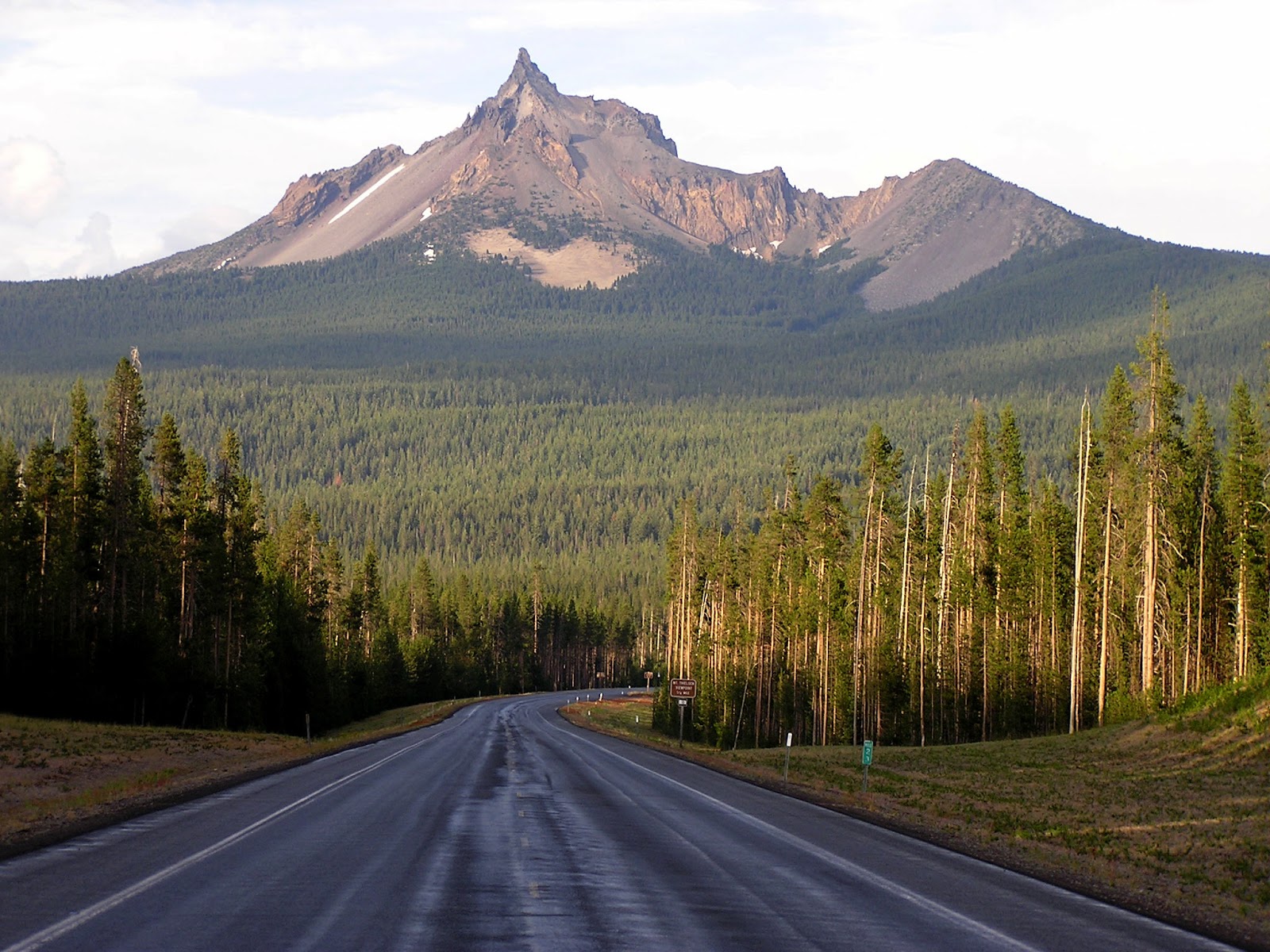 On the road to adventure within the Mount Thielsen Wilderness. Photo by Oregon DOT

From the upper mountain hemlock and fir forests of the Cascades to the airy pine glades of the Basin-and-Range country eastward, opportunities for backcountry camping abound in Klamath County’s expansive wilderness areas.

A lineup of fine federal wildernesses comes staggered along the Cascade Crest in the magnificent high country of western Klamath County. Northernmost is the 52,496-acre Diamond Peak Wilderness, topped by the namesake basaltic-andesite volcano so prominent from Willamette Pass (and also easily picked out from Crater Lake vantages). Better than 40 miles of trails thread through its montane forests, broken by numerous backcountry lakes (Midnight, Yoran, Indigo, Fawn, and more). The wilderness also butts up against the shores of the more developed and exceedingly popular Crescent, Odell, and Summit lakes.

Southward, one of the most exquisitely toothy peaks in the Oregon Cascades lords over the 55,127-acre Mount Thielsen Wilderness. The glacier-eaten spire of Mount Thielsen, a much-eroded basaltic-andesite shield volcano that’s another unmistakable landmark from the Crater Lake rim, is nicknamed “the Lightning Rod of the Cascades,” and for good reason: Fulgurites, glassy fragments of lightning-fused rocks or sediments, litter its precipitous crown. Backpackers in the Mount Thielsen Wilderness trek to Timothy Meadows, Lake Lucille, and such subsidiary promontories as 8,351-foot Howlock Mountain and 8,031-foot Tipsoo Peak.

Continuing south past Crater Lake, the biggest wilderness area in Klamath County, the Sky Lakes Wilderness, sprawls over nearly 114,000 acres. Named for its many high-elevation lakes, this wilderness, too, includes a grand signal peak: Mount McLoughlin, a stratovolcano that, at just shy of 9,500 feet, ranks as the loftiest mountain in that long stretch of the Cascades between the Three Sisters in the north and Mount Shasta in the south. Summiting that giant is a defining activity here, as is exploring the Seven Lakes, Sky Lakes, and Blue Canyon basins.

The southernmost of Klamath County’s Cascade wilderness areas is just a stone’s throw from Klamath Falls. The roughly 23,000-acre Mountain Lakes Wilderness is unique in the federal wilderness system for its perfect square outline, within which the knobby heights of deeply eroded shield volcanoes overlook (you guessed it) plentiful forest lakes. The Mountain Lakes Loop forms the recreational heart of this compact and easily accessible wilderness.

Off in the county’s far east, meanwhile, the Gearhart Mountain Wilderness, also about 23,000 acres in size, beckons with its solitude, long-range views, and sweet pineland aromas. Rugged domes and rims of the Winema Volcanic Field provide beautiful vantages, not least atop 8,364-foot Gearhart Mountain itself, where the sightlines stretch from the Mount Mazama ramparts, Mount Thielsen, and other Cascade towers east to Steens Mountain in the Oregon Outback. 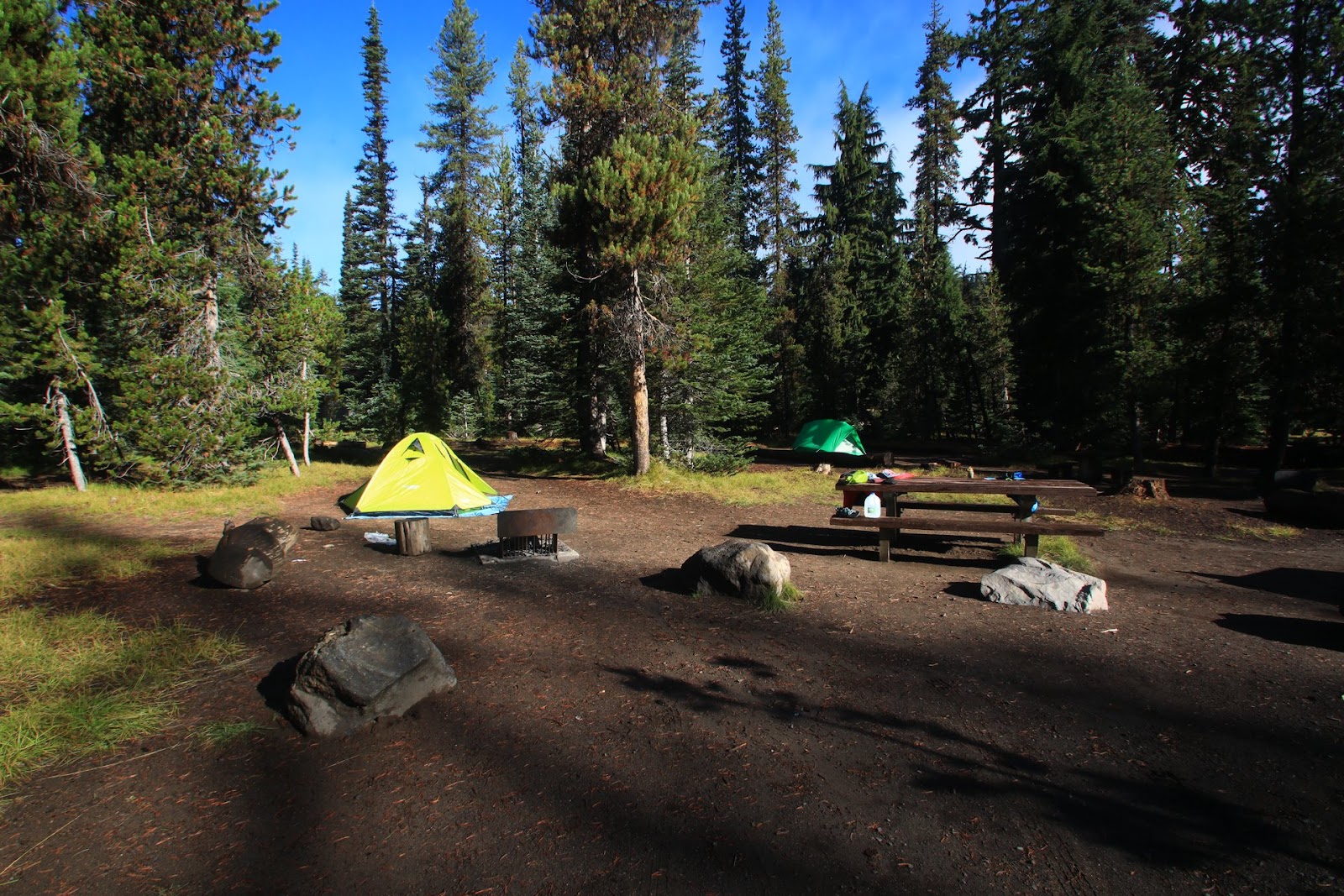 The National Park Service manages more than 95 percent of Crater Lake National Park as wilderness, and indeed you may be surprised just how blissfully quiet and lightly trammeled the parkland away from the showstopper lake itself is. While you won’t get to gaze at that incredible water body from a summer backcountry campsite—the immediate Crater Lake rim area is closed to backpacking in this season—the scenic and atmospheric rewards of the park’s forest backlands are rich compensation.

Just across the California border, meanwhile, a strikingly different landscape also offers ample opportunities for backcountry camping. Lava Beds National Monument, well known for its association with the Modoc War of 1872-1873, covers close to 50,000 acres on the northeastern flanks of the huge Medicine Lake Volcano, and more than half of this falls within the officially designated Lava Beds Wilderness. Backpackers who follow the monument’s rules—including not camping within 100 yards of lava-tube caves, refraining from open campfires, and leaving archaeological objects alone—can foray through some marvelous juniper woodland, sagebrush steppe, and raw lava rock here.

Skywatching in the Wilds of Klamath Country 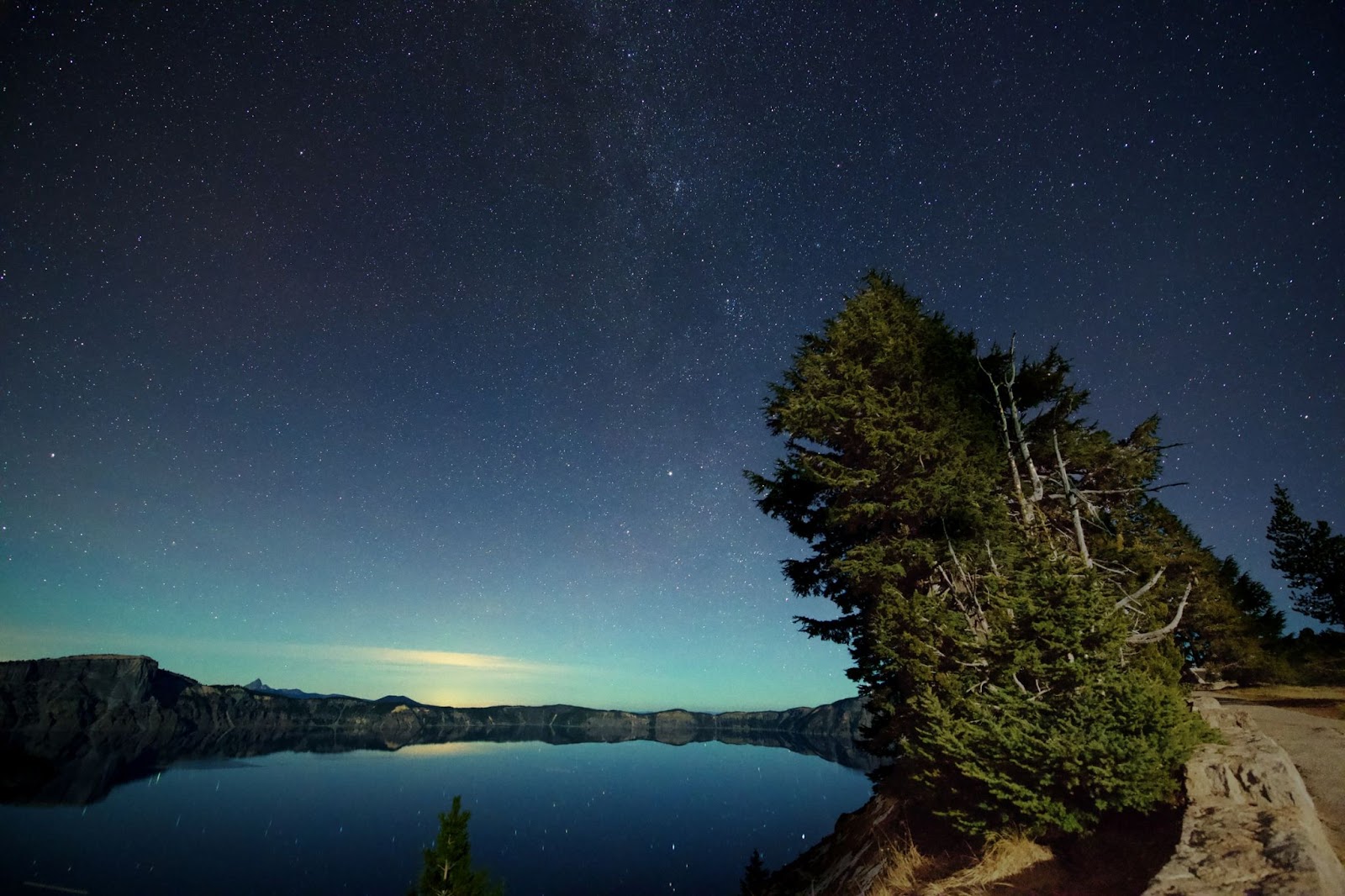 Any of the wilderness areas we’ve profiled above—not to mention the undesignated backlands of the Deschutes, Winema, Fremont, and Rogue River-Siskiyou national forests—provide stellar (if you’ll pardon the pun) stargazing vantages.

In the Cascade wilds, seek out lakeshores, montane meadows, and mountaintop barrens for the best stargazing views; the drier woodlands and steppe lands east of the Cascades offer plenty of wide-open night skies.

This summer, ensconced in the Klamath wilderness, admire such evening constellations and asterisms (other distinctive star patterns) as Scorpius, with its blazing red “heart” of Antares; Boötes the Herdsman, looking like a supersized kite and containing the fourth-brightest star in the sky, Arcturus; and that classic seasonal signature of the Summer Triangle overhead.

Crawl out of the sleeping bag early to admire smoldering pre-dawn planets—Venus as “Morning Star,” giant Jupiter—and, particularly in June and July, try to spot Comet C/2017 K2, which will be best observed from especially dark skies (such as the Klamath County back-of-beyond offers in spades). And, bonus: The full moons of June, July, and August this year are all so-called supermoons, when our crater-pocked natural satellite is closest to Earth during its full phase.

Leave No Trace in the Klamath Backcountry

Hiking and stargazing your way through the wilds of Klamath County, be sure to follow all rules and regulations—there, after all, to protect you and the natural resources you’ve come to enjoy—as well as the tenets of Leave No Trace. Learn more from the pertinent land-management agencies and at Wilderness Connect and Leave No Trace.