Why Klamath Falls is Dubbed Oregon’s City of Sunshine

The sunniest city in Oregon is located in the south-central region of the state and borders northern California. Klamath Falls enjoys well over 300 days of sunshine each year, and is known as the state of Oregon’s “City of Sunshine”, a name Klamath Falls holds proudly. The city of sunshine sits on the southern shore of Upper Klamath Lake, nestled in the Klamath Basin on the eastern slopes of the Cascade Mountains and is said to have the best climate in Oregon. 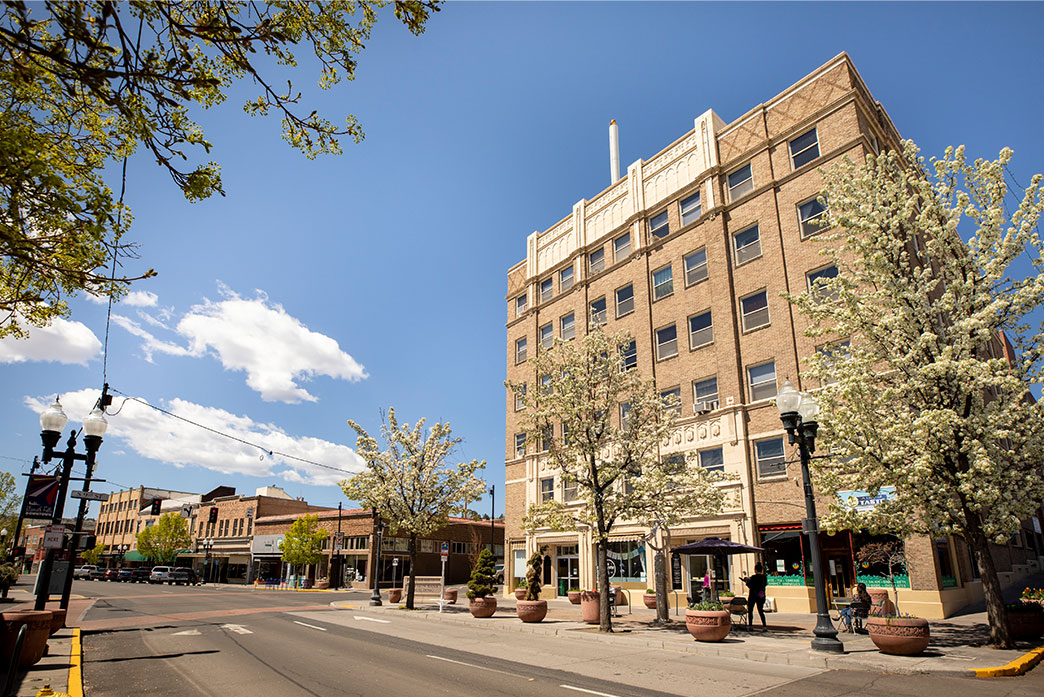 Klamath Falls has an urban population of approximately 42,000, though the city population is only about 22,000. The difference in numbers is that Klamath Falls today is actually composed of two different communities, Linkville and Altamont. Linkville, founded on the Link River that connects Lake Ewauna to Upper Klamath Lake, was renamed Klamath Falls in 1893, and has evolved into the City of Klamath Falls, while Altamont sits on the east side of present-day Klamath Falls. Even though postal addresses for Altamont now read Klamath Falls, and you really cannot distinguish a difference between Altamont and Klamath Falls while driving, the U.S. Census still recognizes the two as separate towns, so to get an accurate population count you should add the two together.

Steeped in history, the area offers an outstanding array of natural and cultural wonders. Just sixty miles south of Crater Lake, and forty-five miles north of Lava Beds National Monument, south central Oregon is unsurpassed for beauty and diversity of activities. Klamath Falls offers a variety of outdoor recreation such as cycling, mountain biking, birding, golfing, fishing, hiking, kayaking and canoeing, and in winter months snowmobiling, snowshoeing and cross-country skiing. All of which can be done with the sun shining on your back. Klamath Falls also offers a plethora of arts and culture with numerous antique shops, museums, and plays and musicals at the local theaters.

The many natural wonders found in Klamath also attract tourists and recreational visitors to the county. Discover what makes Klamath Falls so sunny and how the weather provides year-round livability in the high desert landscape. 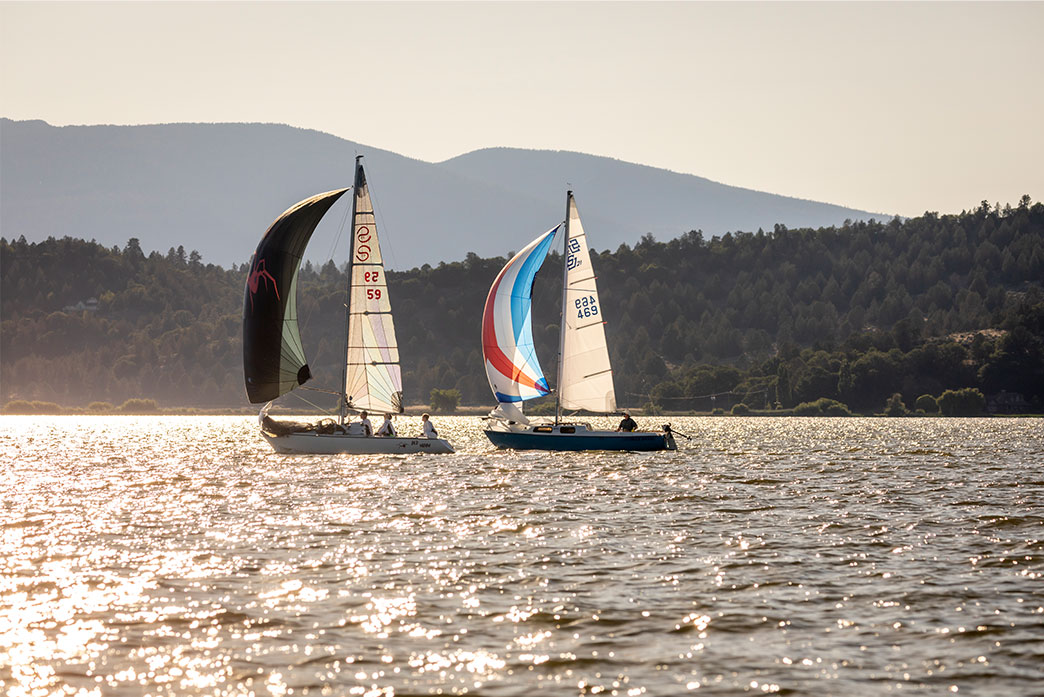 Many people think of Oregon as a largely rainy state due to the western valleys toward the Pacific Ocean. Klamath Falls elevation sits at roughly 4,100 feet, located on the east side of the Cascade Mountain Range with a very different weather pattern than the coast or valleys along the I-5 corridor. Much of the precipitation in the area comes in the form of snowfall during the winter months, typically November through February. In fact, Klamath Falls only averages about 13 inches of rainfall in a year, compared to the cities on the west side of the Cascades who can see over 30 inches of rain in a year. And though Klamath sees an average of 37 inches of annual snowfall,  Klamath Falls weather typically brings warm summers and mostly clear winters. Often thought to be some of the best weather in Oregon. Summer temperatures in Klamath Falls are mild, with a dry heat usually ranging from mid-80s to high 90s and refreshingly cool nights. 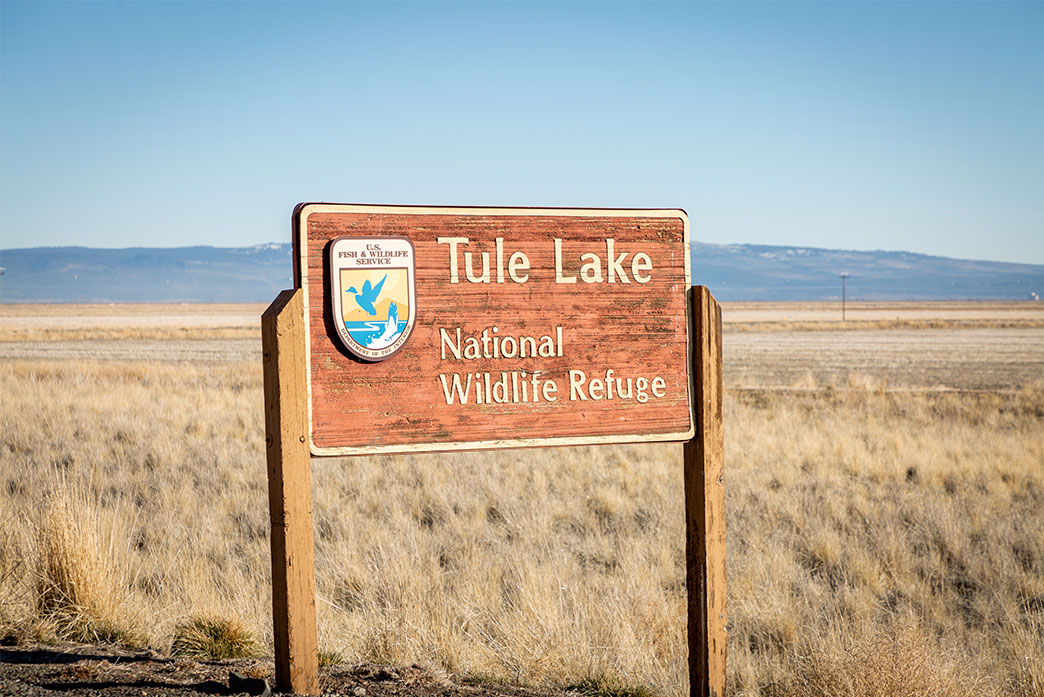 Tule Lake National Wildlife Refuge is part of the high desert landscape much of Klamath Falls sits on.

Contrary to popular belief, the high desert region makes up roughly a quarter of all land across the state located east of the Cascade Rang and south of the Blue Mountains. This type of drier landscape provides the perfect elements for Klamath Falls to be dubbed the sunniest place in Oregon and with nearby Crater Lake this place is definitely worth visiting with year-round activities the whole family can enjoy!