How Far is Klamath Falls to Ashland, Oregon? 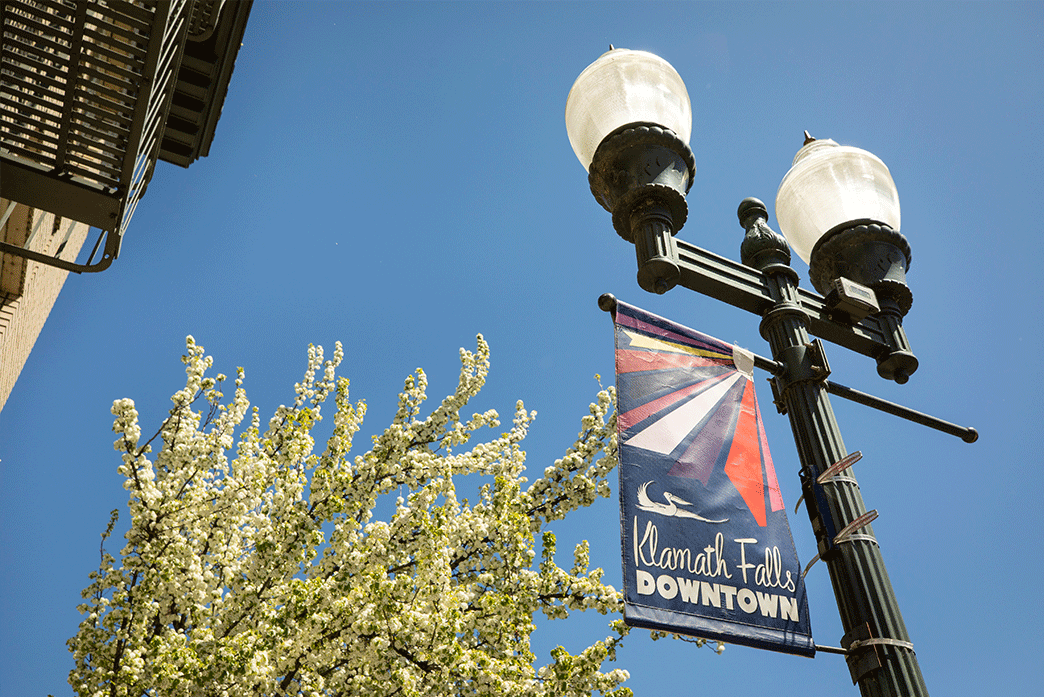 With over 300 days of sunshine each year, Downtown Klamath Falls is a charming getaway.

Klamath Falls, or as we like to call it the ‘City of Sunshine’, is the largest city in Klamath County. Klamath Falls is surrounded by wilderness, open spaces, and boasts over 300 days of sunshine annually making it a great place to enjoy year-round outdoor recreation. Klamath Falls was one of the fastest growing cities in America in the late 1800s and early 1900s and the variety of architecture reflects the diversity that settled and grew the town and region.  No fewer than 30 buildings provide a wonderful historic downtown walking tour. From the turn-of-the-20th-century downtown with its vintage restored theater, to nearby sites and museums exploring Native American culture and WWII, Klamath is a fascinating destination for history buffs and family explorers. On the other hand, Ashland is home to America’s oldest Elizabethan theatre. Ashland’s long cultural history is built upon innovation, theatre, education and wellness. In Ashland you can enjoy 365 days of theatre, a thriving artist community and art galleries and museums offering a diverse range of fine art from around the world. As well as a burgeoning wine scene and plenty of outdoor recreation. 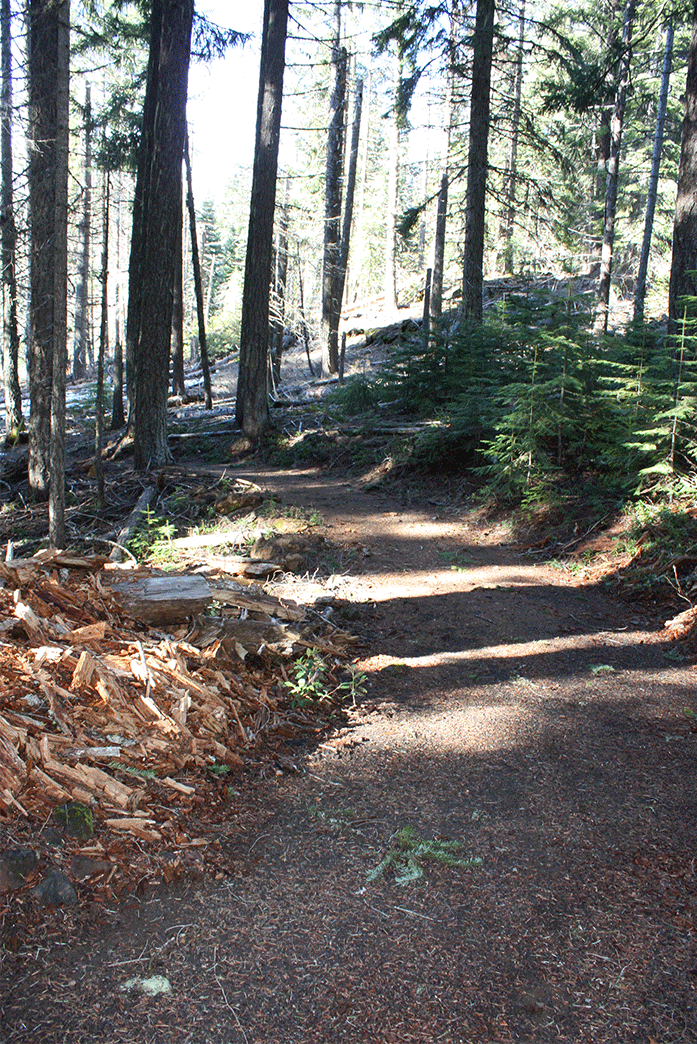 This tree covered portion of the Pacific Crest Trail can be accessed just off Hwy 140 heading West.

If travel times are of concern to you, you’ll want to take this route. The shortest route from Klamath Falls to Ashland, Oregon starts out by heading south toward Keno, Oregon on OR-66, then heading west on Clover Creek Road followed by Dead Indian Memorial Road. This option is about 64 miles long with a travel time of about an hour and 20 minutes. If you are interested in hiking in the Rogue River-Siskiyou National Forest, be sure to check out the Pederson Trailhead on the Pacific Crest Trail. The Pacific Crest Trail, or PCT as most know it, passes directly through Ashland and then moves north east towards Klamath County passing by Mt. McLoughlin then on up to Crater Lake National Park.

How far is Klamath Falls from Ashland depends on which route you take. The shortest driving distance between cities isn’t actually the quickest – though it’s also not much longer than the shortest looking at a travel map. The route also starts out by heading south toward Keno, Oregon but remaining on OR-66 W for the rest of the trip. This trip is just over 63 miles long in distance, and takes about an hour and half to complete start to finish. This route is slightly longer because OR-66 W is quite curvy towards Ashland making for slower travel. For a great viewpoint, check out the Cascade-Siskiyou National Monument along this route. 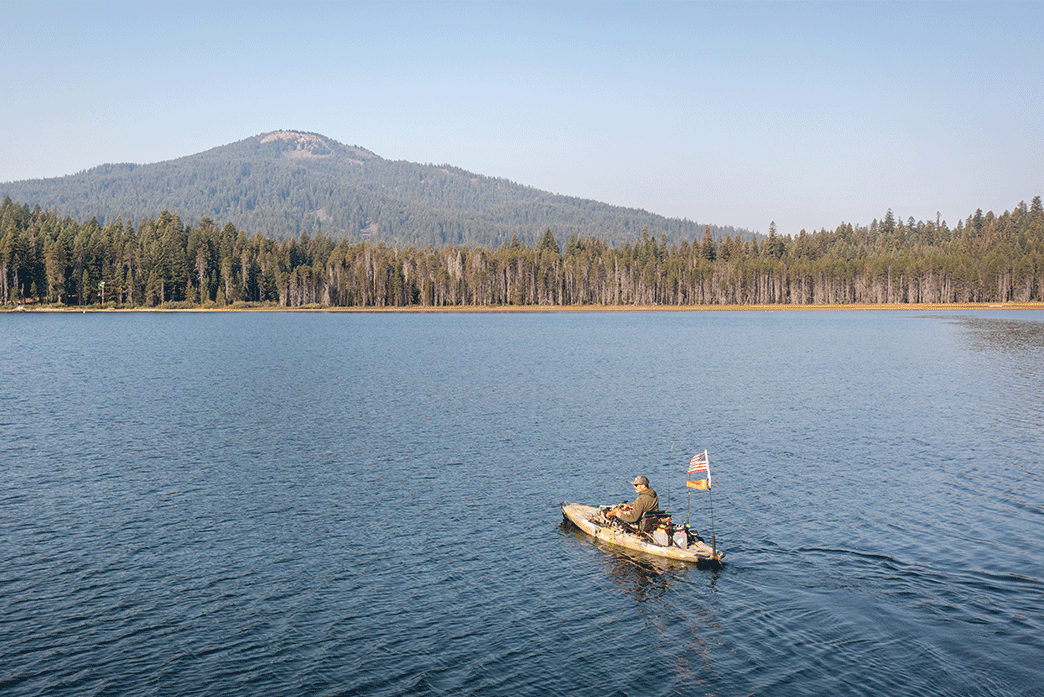 Fishing on Lake of the Woods is a fun stop along the route from Klamath Falls to Ashland, Oregon with spectacular views of the surrounding mountains.

The longest route from Klamath Falls to Ashland, Oregon actually starts out heading north then west on OR-140 for the majority of the drive. This route is just under 90 miles long and takes just over an hour and a half to complete. While this is the longest route, it does provide many options to stop along the way. For example, the Lake of the Woods and Mt. McLoughlin for an abundance of outdoor recreation. You can bike, hike, paddle, and in the winter even snowmobile, xc ski, snowshoe, or ice fish along this route. Lake of the Woods, Rocky Point Resort, and Harriman Springs all make for great lunch stops along the way from Klamath Falls to Ashland.

0 Comments on "Best Route From Klamath Falls to Ashland"