The Klamath Basin region is home to a pair of stunning U.S. National Park Service sites. Crater Lake National Park—Oregon’s only national park and the home of the deepest lake in North America—sits at the northern edge of the rugged region. To the south, Lava Beds National Monument takes visitors underground, and into the heart of the area’s best-preserved, most scenic caves.

Best of all, the two sites are separated by an exceptionally scenic 90-minute drive. It’s a bit much to see in one day—but as a weekend road trip? You’ll have plenty of time to enjoy the views of Crater Lake, head underground at the Lava Beds National Monument, and even enjoy lunch and a beer in Klamath Falls along the way.

So if you’re planning a weekend trip to Klamath’s National Park Service sites this summer, here’s how to make the most of a fun-filled adventure. 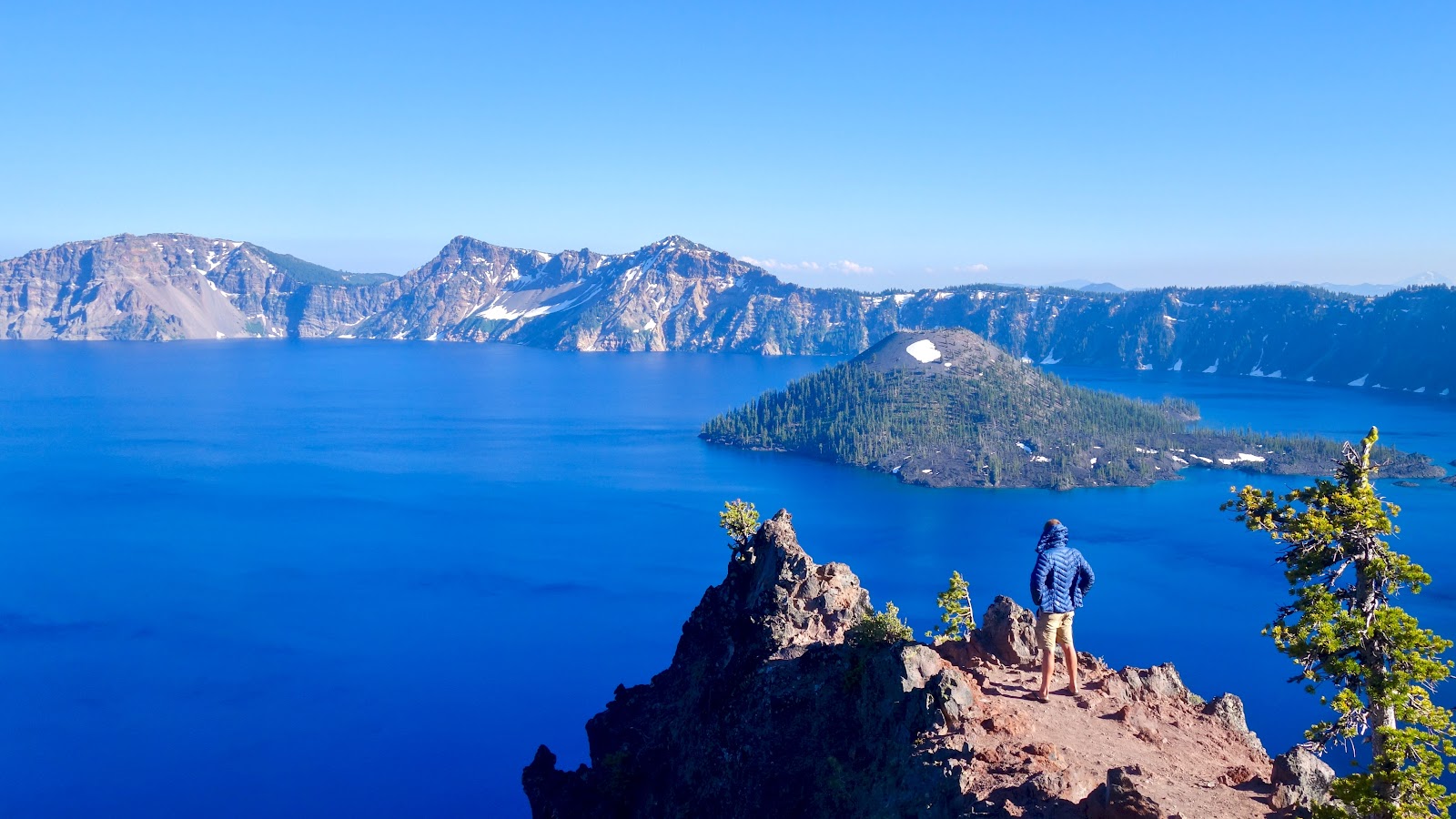 Taking in the beautiful blues of Crater Lake. – Sebastien Goldburg.

Your whirlwind weekend begins with your arrival at Crater Lake National Park.

If you’re exhausted after a long day of travel and don’t feel up for a hike, enjoy the 33-mile Scenic Rim Drive, which circles Crater Lake and is home to dozens of viewpoints. Along the way, you’ll enjoy views of the remarkably blue body of water (made possible by its depth and cleanliness), as well as Cascade peaks in seemingly every direction. Watch for wildlife, such as marmots and deer, on the roadside.

For something a bit more active, hike to the summit of Garfield Peak (3.4 miles round-trip, 920 feet of elevation gain) for some of the park’s most expansive views. Union Peak and Mount Ashland are visible to the south, Mount Thielsen rises to the north, and the breadth of Crater Lake shimmers before you.

The ascent up Garfield Peak begins from (and ends at) the eastern edge of Crater Lake Lodge, so grab a seat on the patio—home to wide-open views of the mammoth lake—for post-hike refreshments.

If you didn’t score a room at Crater Lake Lodge (which fills months in advance), aim for a night at Mazama Campground, roughly seven miles south of the Crater Lake rim. One of two campgrounds in the park, Mazama is home to more than 200 tent, RV, and group sites—and offers easy access to the park’s general store, where campers can stock up on beer, food, and firewood. 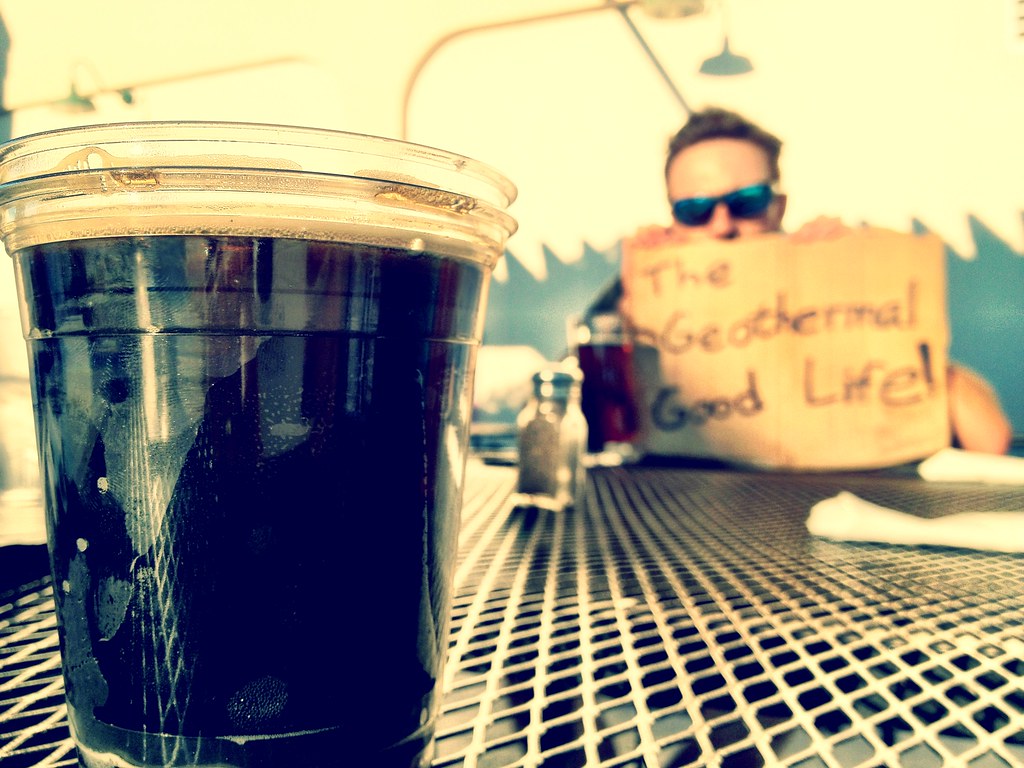 If you’re not cooking bacon and eggs at your campsite, grab a classic comfort food breakfast at Annie Creek Restaurant, just across from the Mazama Campground’s general store. If you have a bit more time, make the half-hour trip east to The Potbelly Cafe in nearby Chiloquin for down-home breakfast and lunch fare; the eatery serves a filling breakfast burrito, filling sandwiches, and more.

From Crater Lake, it’s a quick, one-hour drive south to Klamath Falls—but you can break the trip up with a stop at the Train Mountain Railroad Museum in nearby Chiloquin. The museum is home to 37 cabooses (making it the world’s largest such collection) and boasts more than 60 full-size maintenance and rolling stock cars in its collection. A self-guided walking tour showcases the history of trains and how they made logging operations possible in the Klamath region. (And if you’re visiting on a Saturday between Memorial Day and Labor Day, head next door to Klamath and Western Railroad—where the whole family can board a miniature train for a fun ride through the forest.)

From Jackson F. Kimball State Recreation Site, you’re only 1.5 hours away from Lava Beds National Monument—but make time to fuel up with lunch in downtown Klamath Falls on the way.

For something lighter, stop by A Leap of Taste, also in downtown Klamath Falls. The cozy deli specializes in fresh sandwiches, baked goods, filling salads, and a variety of flavorful coffee drinks. 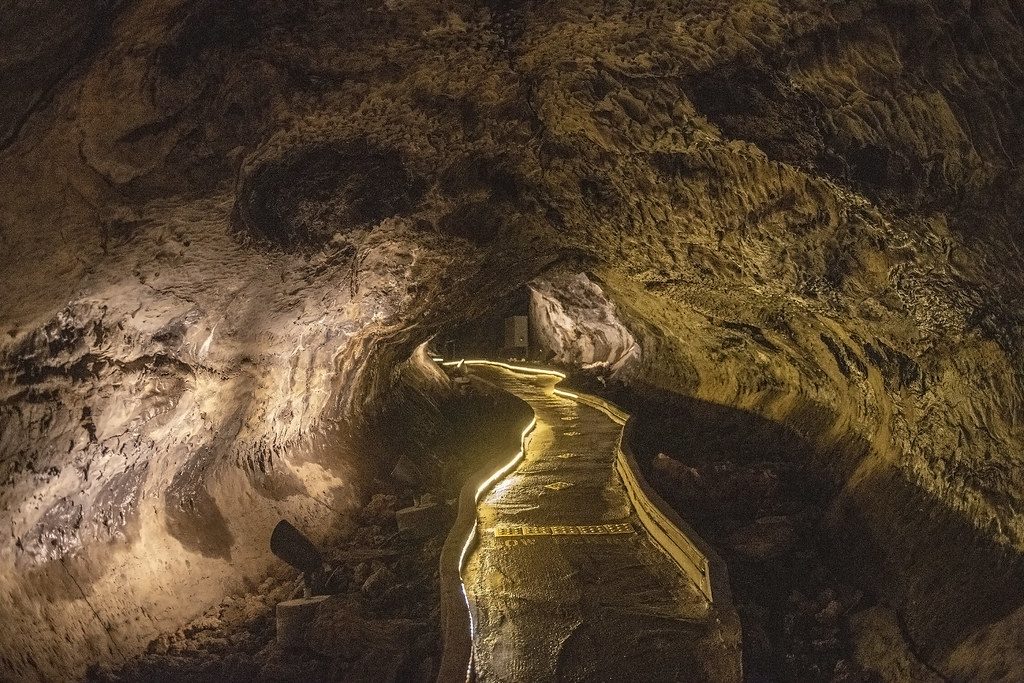 The “easy tube” to walk in at Lava Beds National Monument. – Doug Donaldson.

The park is home to a half-million years of history—including more than 800 caves, Native American rock art sites, historic battlefields, and a high-desert wilderness experience shaped by volcanic activity.

Unless you’re claustrophobic, there’s no better way to experience the monument than with a hike through one of its many caves. Several caves—especially along the two-mile Cave Loop road—contain developed trails and can be reached via stairways or ladders. Some, like Mushpot and Valentine caves, boast high ceilings and smooth floors for novice cavers; others, like Golden Dome and Juniper caves, may involve low sections and rough floors (and require occasional crawling). If you’re unsure of where to start, ask a park ranger for recommendations before setting out. And whatever you do, bring at least two flashlights, sturdy shoes, and protection for your head.

For campers staying the night, the monument’s Indian Well Campground boasts 43 first-come, first-served campsites; if those fill up, a park ranger can offer recommendations for several campgrounds within a half-hour drive of the park. Hotels and motels are also available in Klamath Falls, as well as in the nearby communities of Tulelake and Merrill. 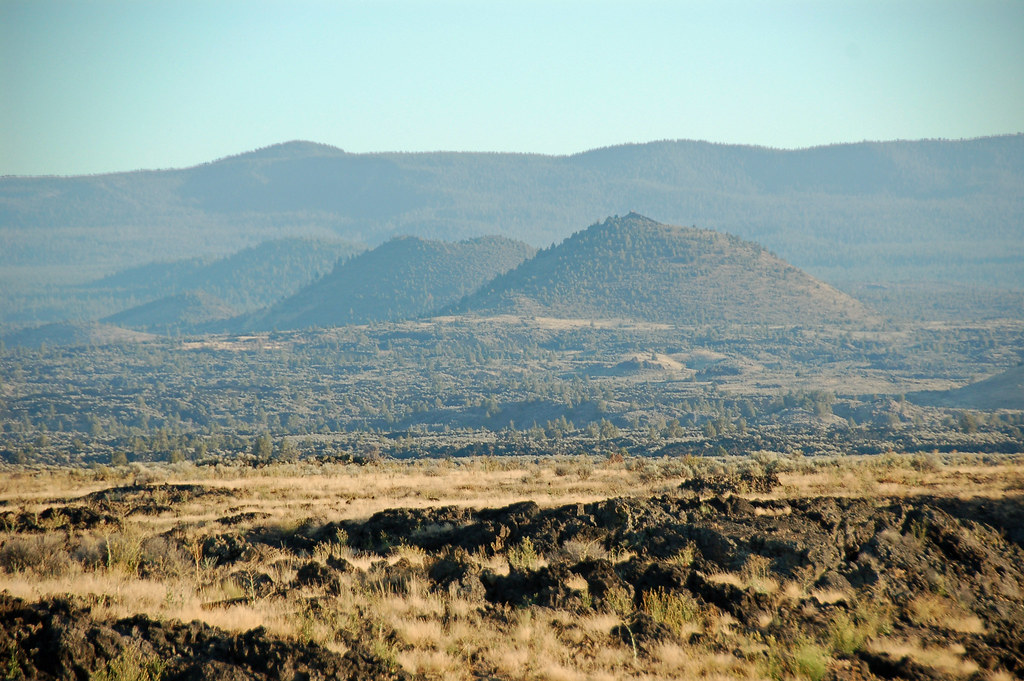 As your weekend wraps up, enjoy some of the Lava Bed National Monument’s above-ground attractions with a quick hike along the Heppe Cave Trail (0.8 miles round-trip). The trail cuts through a forest of Ponderosa pine and gnarled juniper, affords views of a large lava tube collapse, and offers access to Heppe Ice Cave—noted for its seasonal ice formations. Another popular outing is the 1.5-mile (round-trip) Captain Jack’s Stronghold Trail, where a small band of Modoc people endured the winter of 1872-73 in the midst of an armed conflict with the U.S. Army; highlights along the trail include craggy lava beds and the Hospital Rock lava formation (where the U.S. Army launched an attack on the Modoc people in April 1873).