Klamath Falls to Crater Lake Distance & How to Get There

It’s no secret that Crater Lake National Park is the gem of Southern Oregon. Fed by rain and snow, it’s the deepest lake in the United States  and one of the most pristine lakes on earth. Crater Lake is awe inspiring. Close to a million people flock to this marvel each year.  Artists, photographers, and sightseers gaze in wonder at its blue water and stunning setting atop the Cascade Mountain Range. Crater Lake National Park is open year-round, however once heavy snow falls the northern entrance to the park is closed for the season – usually October through May. The southern entrance into the park is your only way to enter the park via automobile to see the sapphire blue water during these months. If you are coming from the south, chances are you’re laying up in Klamath Falls. Klamath Falls is not only the closest city to Crater Lake but also nearest to the year-round accessible southern entrance to the park.

How far is Klamath Falls from Crater Lake? The distance from Klamath Falls to Crater Lake National Park is just over 60 miles, about an hour and a half drive by car. Once you arrive at the park, there are a multitude of things to do year-round. On average, Crater Lake receives 42 feet of snow annually. This tremendous amount of snowfall is a result of the park’s position at approximately 7,000 ft above sea level at the crest of the Cascade Mountains. These long snowy winters are perfect for snowmobiling, cross-country skiing, snowshoeing and more in the winter. Summers at Crater Lake are short but sunny. Boat tours, hikes, camping, stargazing and waterfall chasing are popular summertime activities in the park. Crater Lake offers a little bit for everyone including ADA accessible trails and trolley rides around the lake’s 33 mile Rim Drive. 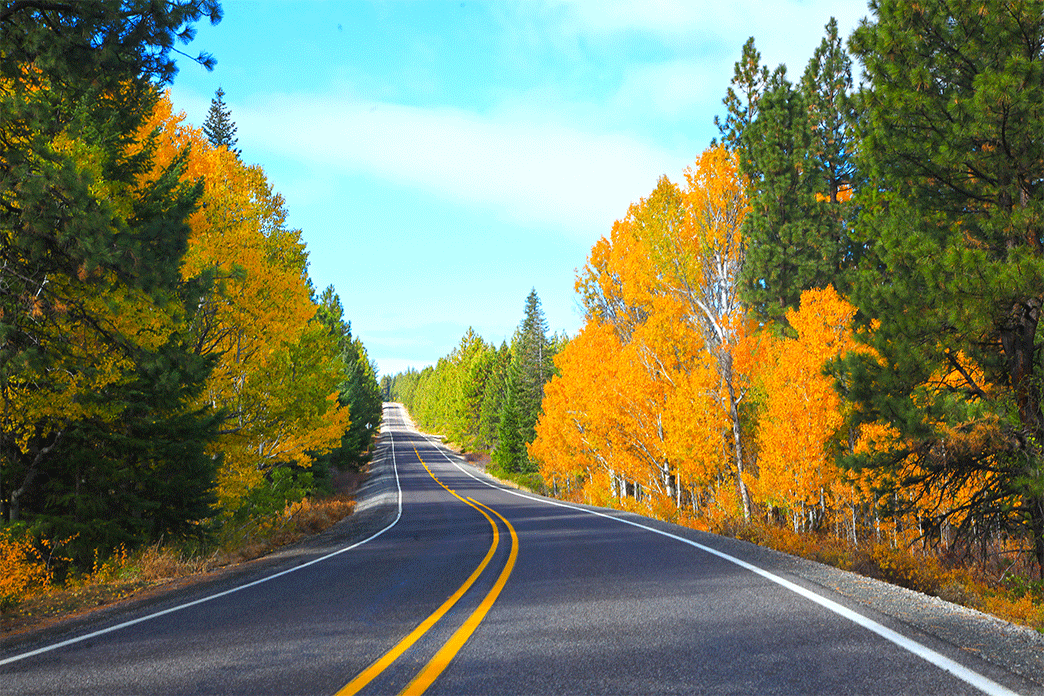 How to get to Crater Lake from Klamath Falls, Oregon

Getting to Crater Lake National Park is easy.  Departing from Klamath Falls to Crater Lake there are two routes. The first and most direct route travels north on Highway 97, then west on Highway 62 into the park. The second is a tad longer journey, but far more scenic as it travels a portion of the Volcanic Legacy Scenic Byway through the communities of Rocky Point and Fort Klamath before entering the park. This route takes you by local favorites like Running Y Ranch Resort which features Oregon’s only Arnold Palmer Signature Golf Course, Crater Lake ZipLine, Rocky Point and Harriman Springs Resorts, and the Upper Klamath Canoe Trail.

No car? No problem! July 1st through Labor Day you can purchase a package through Amtrak which includes a trip from Klamath Falls to Crater Lake. The Crater Lake Trolley will pick you up at the Amtrak Station in downtown Klamath Falls and take you on a trip to Crater Lake for a fun day of learning and discovery before bringing you back to Klamath Falls. 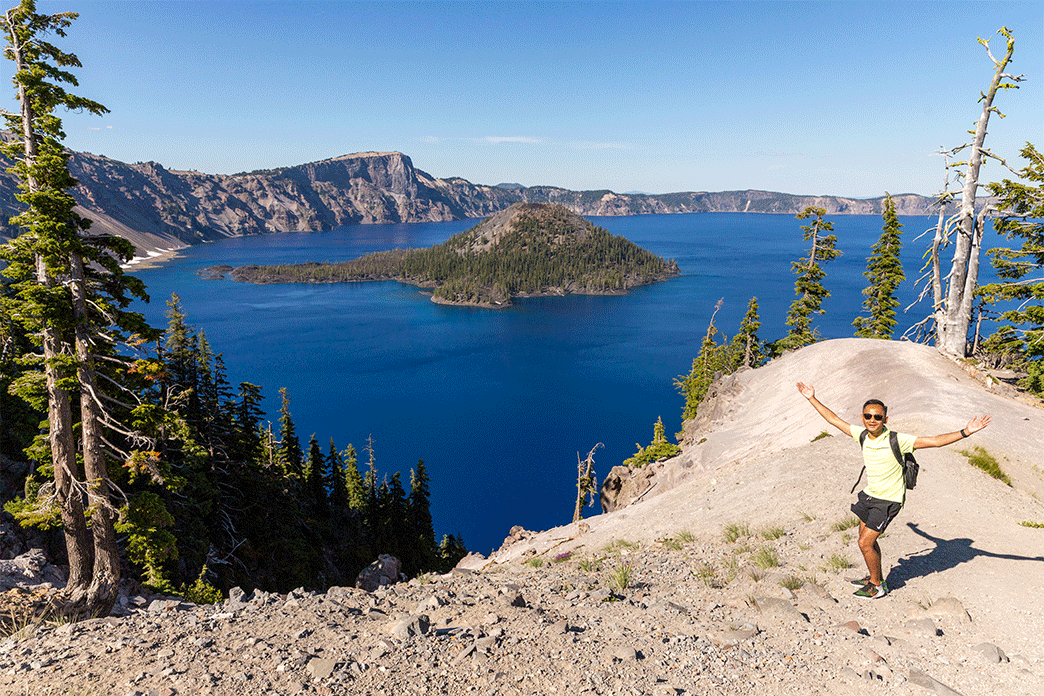 Is it Worth Making the Trip from Klamath Falls to Crater Lake?

If you’re asking yourself “is Crater Lake National Park worth it?” considering that it’s only a little over an hours drive, the answer is a definite yes! Not only is Crater Lake the deepest lake in the United States, it’s the deepest lake on the North American continent, and the most beautiful. It offers amazing year-round recreation and discovery. The park has an abundance of fascinating volcanic features, including Wizard Island and a second rocky island, Phantom Ship. The most popular things to do at Crater Lake are traveling a loop around the 33-mile Rim Drive, with over 30 scenic pullouts, and boat tours to Wizard Island Crater Lake. In summer, Crater Lake Hospitality offers eight daily boat tours on Crater Lake and two shuttles to Wizard Island. A park ranger is aboard the eight daily tours, which circumnavigate the caldera. Two of the ranger tours make a three-hour stop on Wizard Island where you can hike to the summit and take in the panoramic view, fish, swim, and explore this unique part of Crater Lake National Park. Additional information about and reservations for Crater Lake boat tours are found on the Crater Lake Hospitality’s website.

Is Crater Lake worth seeing?  It’s not just the drivable loop to see the lake from all angles that brings people from all over the world, the park offers much more than just sightseeing. Sure, the lake itself is stunning and popular Wizard Island is magical, but there is so much more to do in the park if you’re up for an adventure. Spend some time hiking ninety miles of trails that meander through diverse forests and rise to peaks with views of the lake, camping at the park’s two developed campgrounds, or discovering the park’s geology and truly exploring all the park has to offer. No road trip to visit Crater Lake is complete without a stop at the Steel Visitor Center. At the visitor center you can view the 22-minute film (shown on the hour and half hour) about the eruption of Mount Mazama over 7,700 years ago which formed the landscape you see today, and the discovery of the lake itself. A great place to begin your visit to Crater Lake is at either of the park’s visitor centers. Steel Visitor Center is open year-round and Rim Visitor Center is open only in summer. At both locations you can get assistance with trip planning, ask questions, and shop the Crater Lake Natural History Association Park Store. 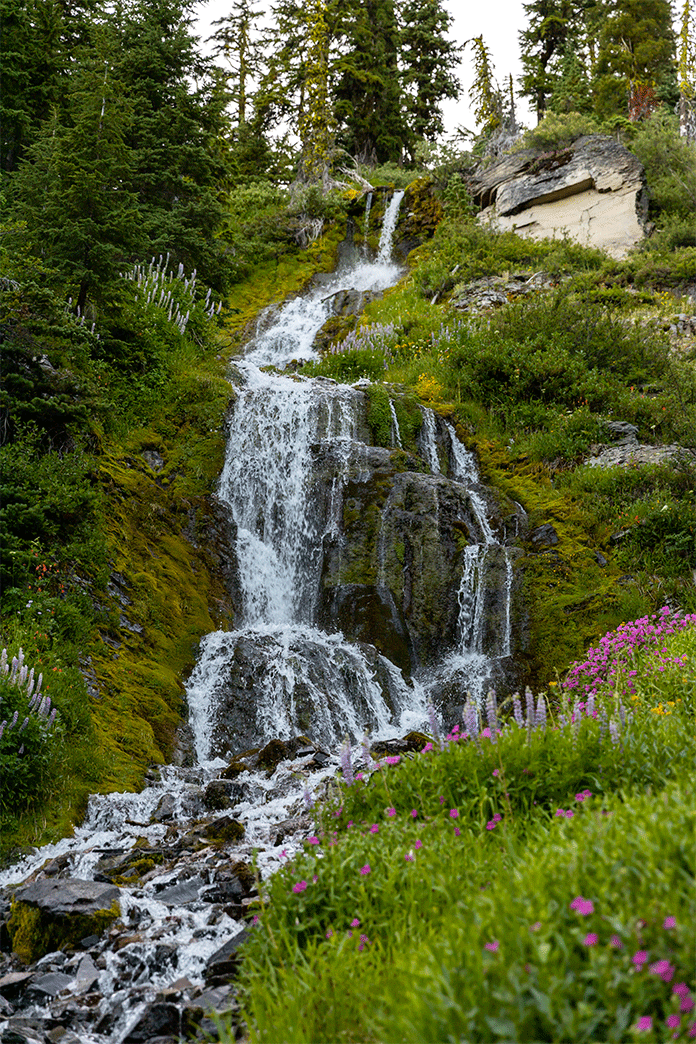 If you are wondering where to stay near Crater Lake, but don’t want to drive back from Crater Lake to Klamath Falls, there are plenty of lodging options throughout Klamath County to choose from. While Klamath Falls is the closest city to Oregon’s only national park with well-known hotels, other unique lodging accommodations can be found in the rural communities close by the park such as Fort Klamath, Chiloquin and Rocky Point.

All in all, this amazing lake full of history with plenty to do year-round is definitely worth seeing. Whether day-tripping or spending a week, there are many ways to explore the park and enjoy the lake.