Water drives everything in the Klamath Basin.  In a good water year, some forget the Basin is a desert.  In a bad water year, it is impossible to ignore.

This year is projected to be a bad water year. Not horrible, but certainly far below the threshold that keeps fish alive, crops healthy, fires at bay and tensions on hold all at the same time. There are a lot of struggles ahead in 2021, but the upside to a poor water year is that the spring fishing is usually phenomenal. 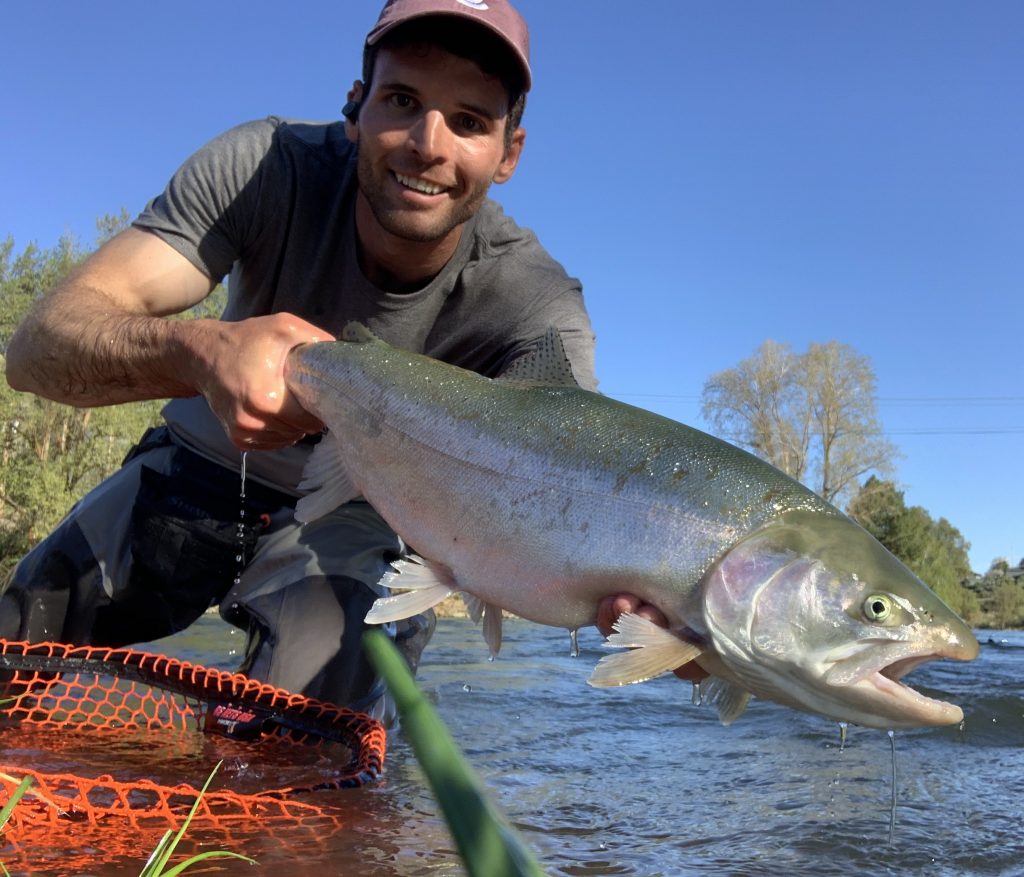 The author poses with his largest river fish of 2020, a 29×15″ redband trout he caught fishing a local river last spring. Less water allows rivers to warm up more quickly, and anglers can do very well early in the season. Photo provided by Luke Ovgard

A record number of Oregon anglers experienced this in 2020, as the pandemic forced people to find new, safe ways to recreate. Fishing fit the bill, and with the lack of rain and snow early in the year, the water cleared and warmed much earlier than normal.

Fishing for native redband trout on Agency and Upper Klamath Lakes picked up in March and was very productive until June, when the rapidly rising water temperatures and comparative lack of snowmelt that normally supplements the Basin with icy water turned the summer fishery into a relative dud.

Normally, I don’t seriously fish Agency or Upper Klamath until mid- or late-April, but last year, I was catching fish a month earlier, thanks to warming water and high visibility.

Those plumbing the depths of Oregon’s largest permanent lake are already catching fish, albeit slowly, and April 2021 should be a great month. May will be exceptional. 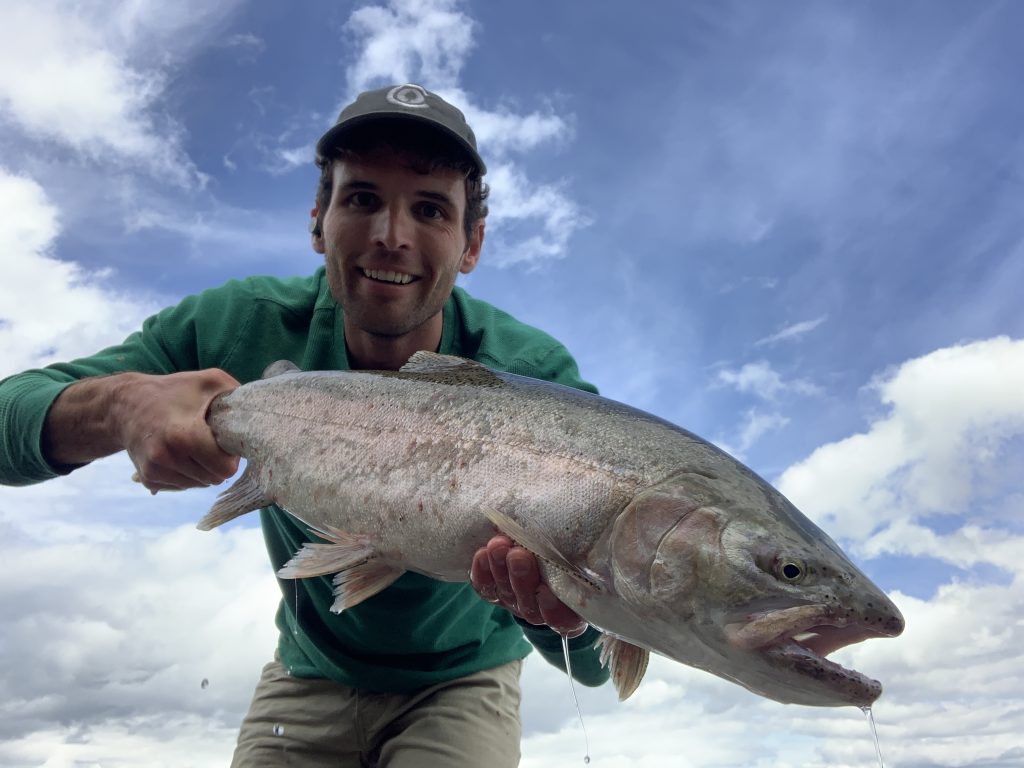 Ordinarily, the lack of water would hamper survival rates of the Basin’s most important resource — the redband trout — but recent changes to fishing regulations should dramatically reduce harvest of the wild fish not supplemented by hatchery stocks and help counteract the poor water year.

Fishing should pick up any day now, but will likely be poor this summer without additional precipitation, so visiting anglers should plan to do their fishing in the spring and early summer, when water temperatures are low and fish are at the pinnacle of health and best able to survive a catch-and-release experience with an angler.

Catch-and-release fishing is not only encouraged throughout the Basin; it is now the law in Agency Lake and Link River, two areas that previously allowed limited harvest. Virtually all waters still open to harvest limit anglers to one fish per day, with a 15-inch minimum length. 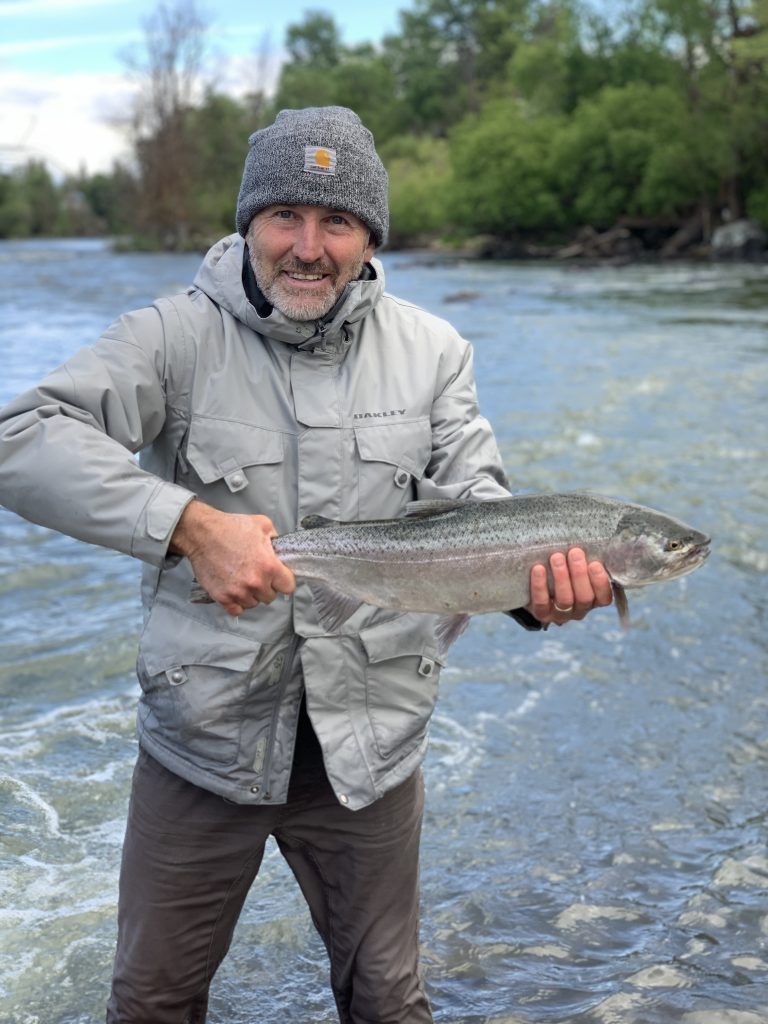 Lifetime Klamath Falls resident, Russ Ovgard, poses with an early spring fish from the Link River, one of more than a dozen fish landed that day. The Link River is catch and release only. Photo provided by Luke Ovgard

Additionally, the Williamson River now requires anglers to fish with only one single-point hook; large Rapalas, articulated streamers and treble hooks on any lure are not allowed.

Wherever you fish, practice proper fish handling, ensuring to never handle trout with dry hands or gloves, keeping fish in the water and off the bank, limiting air exposure and never holding them vertically.

Your monster redband is waiting, so don’t waste any more time.

Content provided by Luke Ovgard: Luke is an avid fisherman and content creator of a fishing column, CaughtOvgard. He’s been fishing the waters of the Klamath Basin his entire life and now travels all over the world seeking to sink his line targeting anything that swims.  He’s grown his species list now to some 599 species ranging from tiny minnows to tarpon, sharks, and sturgeon. Follow him by subscribing to his weekly fishing column for a low $1 per month.