Where to Experience True Farm-to-Table Dining in Klamath County

Over the last several years, Oregon has become synonymous with farm-to-table dining, and Klamath County has helped lead the trend. The Klamath Basin sits in the shadow of the Cascades, and the sunny climate makes the region ideal for growing mint, potatoes, horseradish, grapes, and other ingredients that show up at top restaurants around the region.

So if you’re looking to dig into some of the best farm-to-table experiences Klamath County has to offer, here’s a rundown of where to eat—as well as a handful of agri-tourism opportunities that let you learn from the farmers who make it all happen.

Guests at Running Y Ranch Resort, just outside Klamath Falls, have come to expect luxury from their experience—and that extends to the onsite Ruddy Duck Restaurant. The restaurant’s upscale American menu seasonally showcases local and regionally sourced ingredients, including house-ground meats and vegetables and herbs grown onsite in a beautiful greenhouse that you can dine in! The standout salads are worth a visit on their own, adorned with seasonal vegetables from nearby farmers markets.

A Leap of Taste

Local and regional fare isn’t just a part of the menu at A Leap of Taste—it’s the very heart of the experience at the quaint café in downtown Klamath Falls. Get your morning caffeine fix with a cup of coffee made from whole beans roasted in Eugene. Enjoy sandwiches made from bread baked in nearby Ashland (or gluten-free bread baked in Talent). Indulge in several menu items that feature locally sourced honey, artisan chocolates, gourmet cheeses, and more, from the likes of Potential Farms, Euphoria Chocolate, and The Rogue Creamery.

Mike and Sandy Connelly ran a 2,500-acre cattle ranch for 10 years before starting Green Blade Bakery in Klamath Falls, and they’ve brought that farm-to-table ethos to their latest endeavor. Green Blade serves home-baked baguettes, whole and multi-grain breads, ciabatta, focaccia, and a full line of pastries—all made without preservatives or “bad chemicals” (in their words). 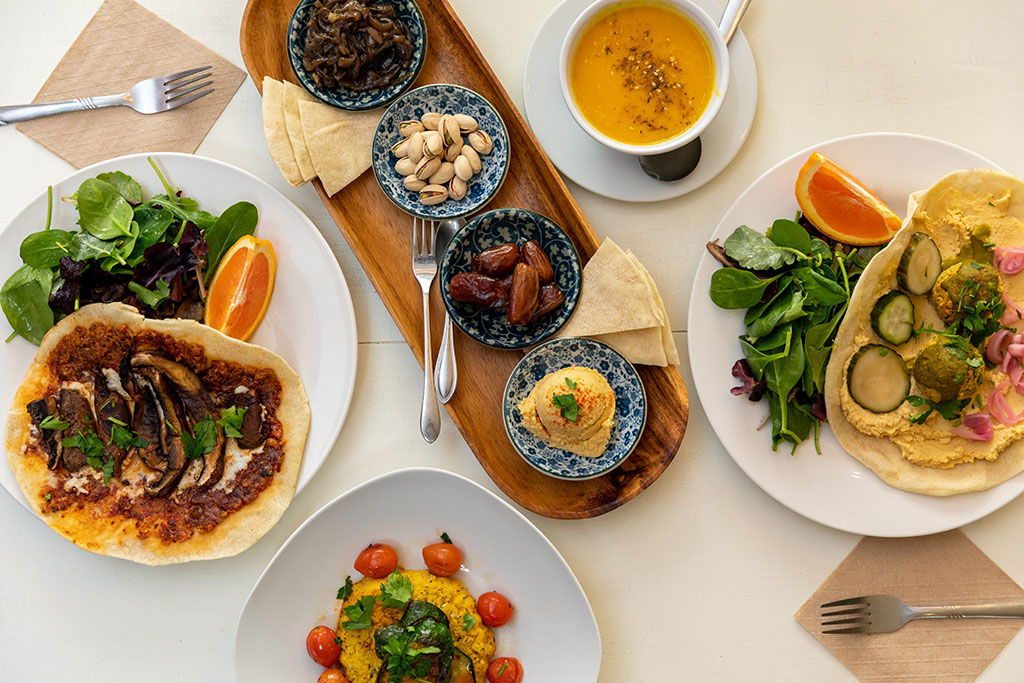 Terra Veg Vegan Eatery is a 100% plant-based eatery focusing primarily on Mediterranean cuisine. Chef Liz Arraj is very passionate about the benefits of the vegan diet and prides herself on developing gluten free and plant-based recipes for the Klamath Basin. Terra Veg sources a majority of their products locally from Sweet Union Farms, and is open for lunch Tuesday through Saturday with daily specials and is a must stop if your craving bold Mediterranean flavors and bountiful plates such as house-made flatbread and hummus, healthy versions of falafels, tofu shawarma sandwiches, healthy bowls, daily soups and treats.

The Klamath Basin’s leading breweries have each forged close connections with the region’s farm culture in their own distinct ways—and that shows up at every step of the brewing process. The Klamath Basin Brewing Company, which sits on the site of a historic creamery in downtown Klamath Falls, has for 15 years churned out a selection of beers named for local events and landmarks, like Crater Lake Amber. These beers are made with regional ingredients like Klamath Basin-grown barley whenever possible, and the spent grain from each batch is donated to local farmers.

Nearby, the Skyline Brewing Company operates out of a century-old former milking parlor on the Kliewer family farm. Its spent grains are fed to the farm’s cattle after each brew, and spent hops and yeast are used for fertilizer. Mia and Pia’s Pizzeria and Brewhouse, the region’s oldest craft brewery, brews its ales and lagers in a converted dairy primarily using dairy equipment and hardware in homage to its humble beginnings.

The Crater Lake Lodge Dining Room is one of the most scenic restaurants in Oregon. The dining room and nearby patio sit within a stone’s throw of the lake’s rim, delivering unencumbered views of its rich blue hue. The dining room’s menu of upscale Northwest fare, meanwhile, offers plenty more to fawn over, including a slate of dishes that put regional ingredients front and center. Highlights include smoked wild salmon, wild mushrooms, house-made pimento cheese, local honey, regionally sourced meats, and hazelnuts, Oregon’s official state nut.

Get a closer look at how your favorite foods are grown and sourced with a firsthand look at the rich agricultural scene in the Klamath Basin. Visiting a farm is a wonderful way to learn more about where your food comes from, and what’s involved in getting it to your plate. Here’s a quick rundown of where to go and what you’ll enjoy—just be sure to call ahead to make reservations.

For more than 30 years, Gold Dust & Walker Farms has practiced sustainable agriculture while producing potatoes, hay, grains, and other crops. The farm holds occasional open houses throughout the year. 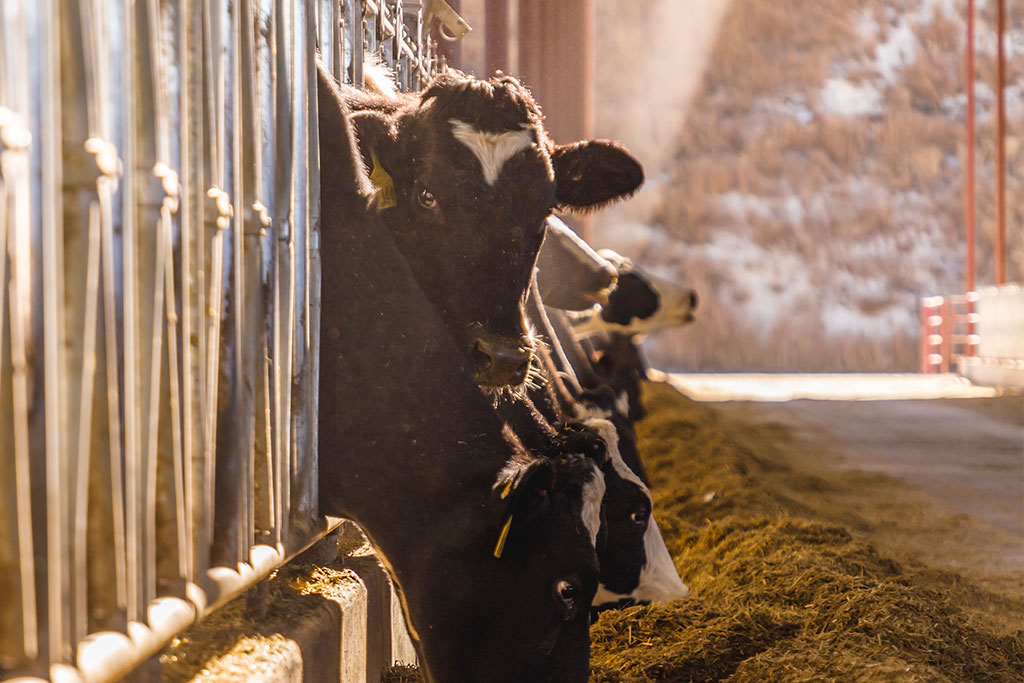 Just outside Bonanza, 12 Ranch Wines sources its grapes from throughout southern Oregon and produces Cabernet Sauvignon, Syrah, and other varietals. The winery also grows hay and grain and raises cattle.

Just across the California border, Lana’s Garden offers fresh and dried lavender, vegetables, and fresh-cut flowers—all from a farm that delivers wide-open views of Mount Shasta and the surrounding Tulelake Basin.

Perhaps the northernmost vineyard in California, Bloody Point sits in a region crisscrossed with lava flows and pockmarked with cinder buttes. Nevertheless, the Anderson’s family farm has been growing grapevines since 2010 for their many wines, including Chardonnay, Syrah, Merlot, and Cabernet Franc.