The vast majority of caves that you can explore at Lava Beds National Monument are considered to be more developed, so that anyone can experience this fun pastime. Many of these caves have systems of trails through the caves, stairwells, or even ladders. If you would like to explore as many caves as possible, consider staying along Cave Loop. This 2 mile road is located near the visitor center.

Mushpot Cave located along Cave Loop is a particularly special and fun experience, as the entirety of this cave has been modified to allow for electricity. Crystal Ice Cave at Lava Beds National Monument is another great one to explore as it features some rare ice formations. On the list of developed caves you will find many for beginners, moderate adventurers, and seasoned veterans. 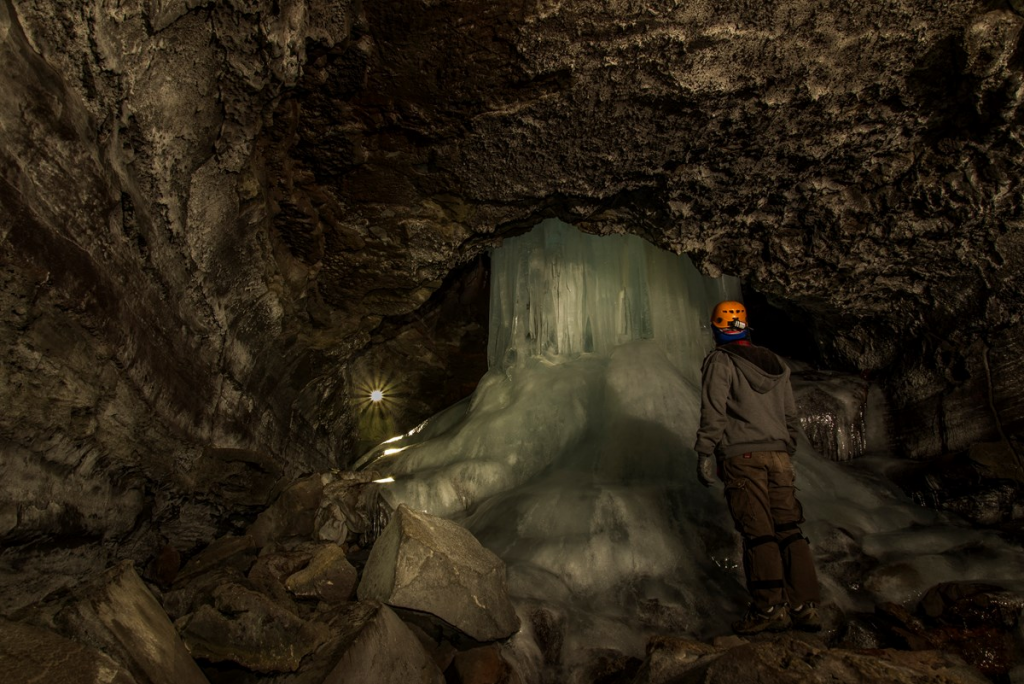 Be sure to take a glance at the caving brochure at Lava Beds National Monument, as well. Lava Beds National Monument does ask that when you go caving you do so ‘softly’. This simply means obeying several rules. Such as 1) Stay on the marked and available trails, 2) Leave no trace of your presence in the cave (food, drink, trash, etc.), 3) Do not use the caves as a restroom, 4) Do not touch the rock formations in the caves as they are fragile. 5) Do not touch the paintings of cultural artifacts, 6) Use electric flashlights only, 7) Observe blocked off areas for bats, and do not disturb other cave life, 8) Do not bring pets into the caves, and 9) Do not touch the hydrophobic mats.
Obeying each of these rules, and dressing in the right attire of closed-toe shoes, layers, and something to cover your head, will help ensure you enjoy caving at Lava Beds National Monument in the safest and best way possible. 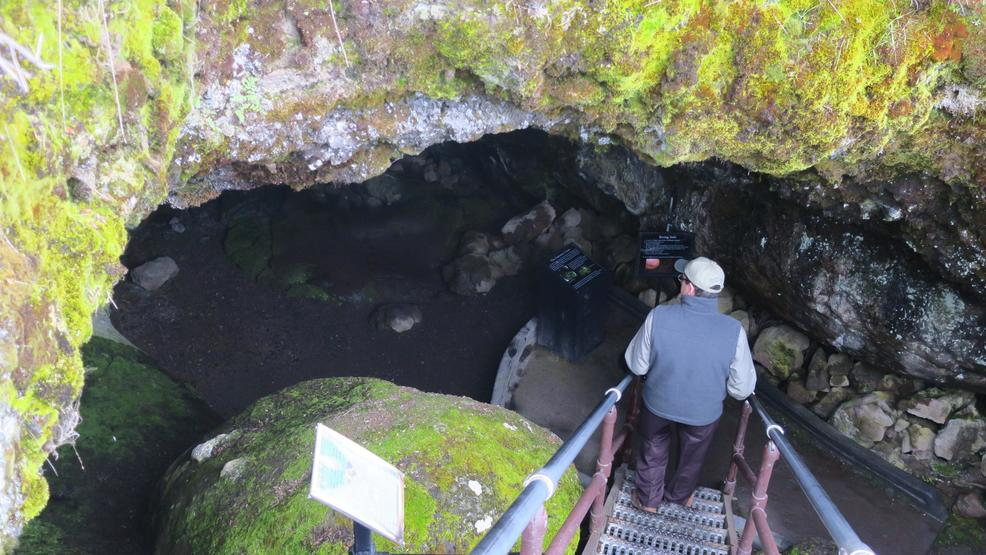 Another great pastime to get involved with while at Lava Beds National Monument is hiking. This is one of the best ways to get a full view of the entire Park and see the different landscapes the Lava Beds cover.

There are 13 hiking trails to choose from while in the Park grounds. Out of the trails, the most popular are considered to be the shorter ones that lead to fantastic historic sites and geological features. All of the shorter trails you can hike cross into the non-developed backcountry of the park, while all of the longer hikes are located in areas that are considered to be designated wilderness.

Due to concern for resources, pets and bicycles are not permitted along any of the trails. Also be sure to carry plenty of water with you as no surface based water exists at Lava Beds National Monument. Regardless of the time of year, or current weather conditions be prepared for weather to change at any time. Also be careful and watch for rattlesnakes during the summer, while also being sure to wear sunscreen and a hat.

The 13 hiking trails at Lava Beds National Monument are a perfect way to spend your day, and you will learn plenty as you make your way to the numerous learning opportunities along the way.

The Lava Beds offers a huge habitat which is much of the reason the 14 species of bats live here. Because of this, they are able to find the perfect conditions for each species choosing from a wide variety of caves, cliff faces, and trees. Many of the species stay in the Lava Beds year round, while others migrate for the colder months.

The most common type of bat you will see while at Lava Beds National Monument is Townsend’s Big-eared bat. These incredible little creatures are the only mammal that is capable of flight while also having their finger bones extend through the whole of their wings.
All of the bats that live in the Lava Beds are insectivores, meaning they eat only insects while using echolocation to navigate their surroundings. While many people consider bats to be blind, most actually retain great eyesight. 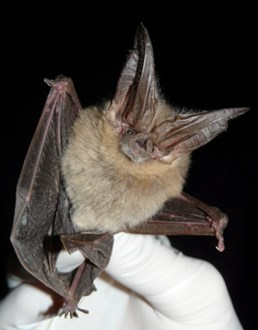 Lava Beds National Monument is known for being a hotspot of volcanic activity in the past, and as such has some very recognizable formations. One great way to make the most of your trip to the Lava Beds is by stopping by many of these famous landmarks.

As mentioned earlier, caving is one of the most recognizable things to do in the Lava Beds National Monument, and as such some of the caves are well known. We would recommend stopping at Sunshine Cave, as the ceiling is missing in a few spots and where the sunlight touches you, plants and flowers grow. Heppe Ice Cave is another interesting location with its various ice formations. Many people consider Valentine Cave to be the most beautiful cave in Lava Beds National Monument. In this particular cave, the passage branches out in smooth and curving trails, while being interrupted by lava pools and cascades.

Mammoth Crater is a must see famous landmark as it is the source of much of the lava formations in the Lava Beds. The Fleener Chimneys also is a fascinating landmark of spatter cones that produced the Devil’s Homestead.

While there are various locations that are highly noticeable, experiencing many of these up close is a must.

Lava Beds National Monument is famous for being home to the Modoc and Klamath peoples for generations. These people left behind an incredible legacy in the pictographs and petroglyphs that they left behind in the Lava Beds. While you explore, make note of many of these.
Big Painted Cave and Symbol Bridge Cave are two of the best examples as they contain a varied assortment of pictographs. The majority of the renderings you will find are located at cave entrances. Most pictographs are black, though some feature red. With the help of carbon dating, some of the pictographs at Lava Beds National Monument have been dated to 1,500 years ago! It is possible that some of these are more recent as it remains an ancestral home for the Modoc and Klamath peoples. 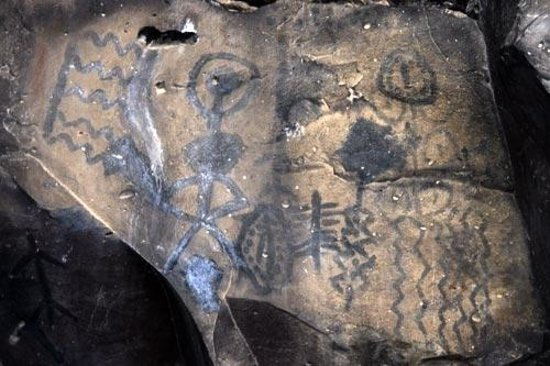 These incredible pieces of artwork have not always been respected, but in more recent years the protection and preservation of these has increased within Lava Beds National Monument. So while you observe these glimpses into the past, be sure you obey the rules and look but do not touch. This way they can be preserved for future generations as well.