Which Maps Do I Use?

For many people, using maps is a stressful and outdated ritual, but when visiting a national park, it is an absolute must. This is especially true when visiting Lava Beds National Monument. 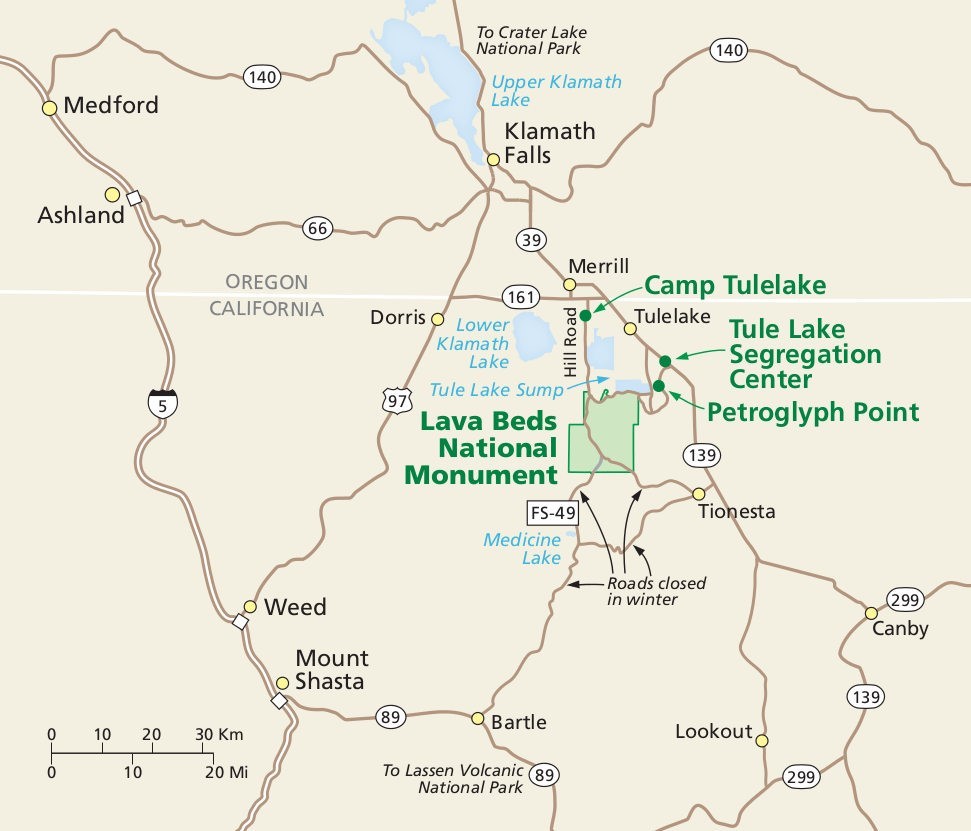 The first map the NPS offers is the park brochure map. This map is a great resource for the overall park. It shows all major points of interest (which we will cover a few shortly) as well as roads and trails. This map should be the first one you use when entering the park and marking where you want to go. 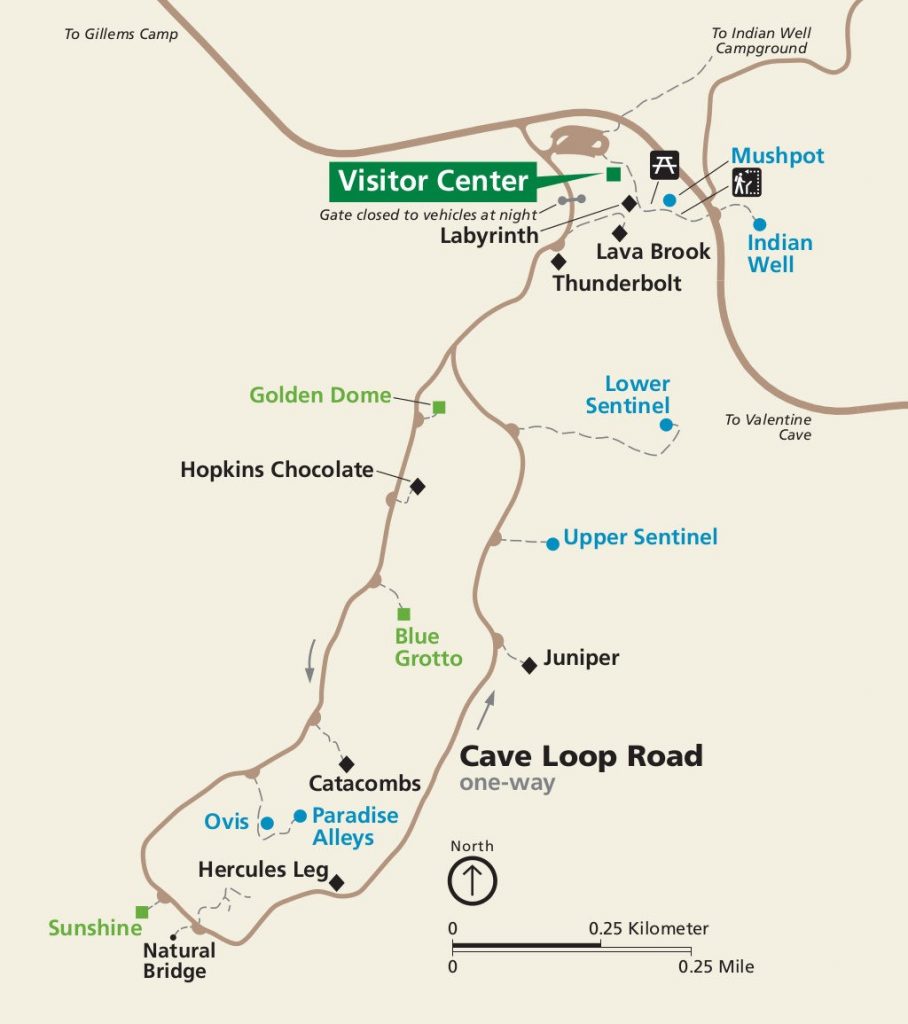 The second map the NPS offers is the cave loop map. For those avid cavers, this map is your best resource to where the main caves are located. Use this map for all the caves that are near the visitor center and on the main cave loop to help you enjoy some of the best caves at Lava Beds National Monument. 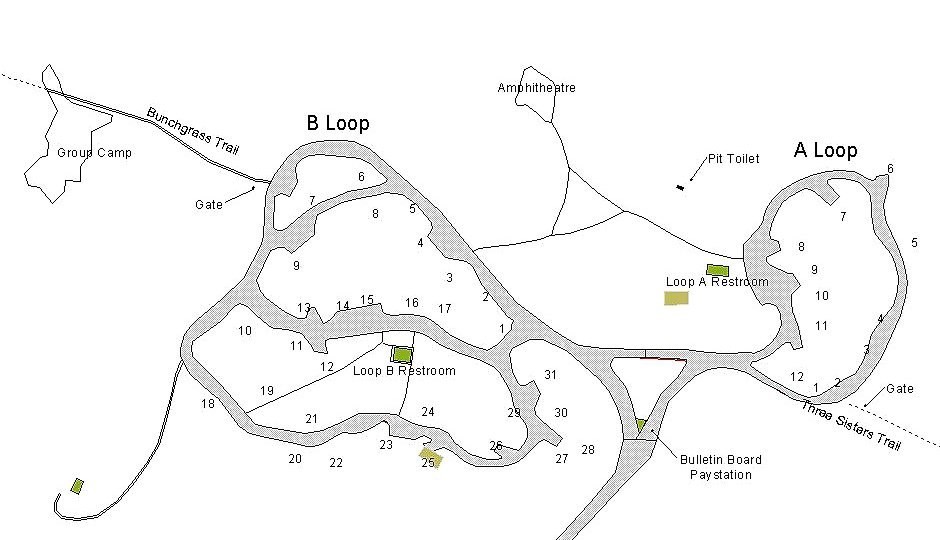 The third map the NPS offers is the Indian Well Campground map. This map is the perfect resource for those staying within the grounds and locating all things that you may need at the campground. Consider using this map to help you camp at the Lava Beds.

All three of these maps are great resources to use. These maps will each help you work your way through the Lava Beds. Let’s take some time and go over a few points of interest on the park brochure map. 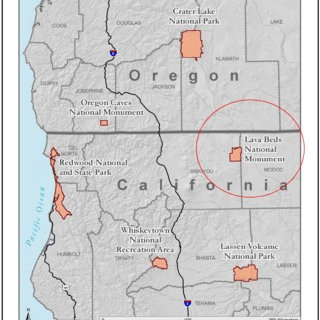 As previously mentioned, the park brochure map is a great tool to help you navigate the Lava Beds. This shows many of the points of interest that most visitors to Lava Beds National Monument try to see. While Lava Beds has many well-known points of interest, there are many locations that stand out to visit.

Fleener Chimneys is an extremely fascinating set of volcanic vents and spatter cones created by globs of lava. When using the park brochure cave map the Fleener Chimneys are easily accessible via a short trail from a parking lot and picnic area west of FS-10.

Spatter cone volcanoes are well known for being formed from lava that is ejected from a vent. In the case of Fleener Chimneys, when a spatter cone event occurs, a hurled-up lava fountain of fluid particles or the spatter causes the formation of airborne lava clots that fall back to the lava surface around the vent and plaster themselves together and create chimney-like structures 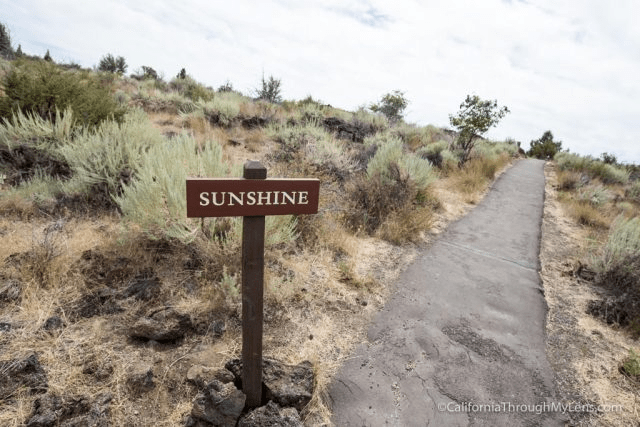 While at Fleener Chimneys, you will find a short interpretative read that describes the Chimneys as follows: “You are on a fault, a crack in the earth’s crust, that extends for many miles. For nearly two million years lava has erupted periodically through this weakness, slowly building the Medicine Lake volcano [farther west]. Lava did not flow up through these chimneys, as you might suspect. Instead, it issued from a vertical conduit, much like water from a garden hose that is held straight up, and flowed downhill. You are standing on the hardened surface of that flow. The three chimneys were formed over the opening as thickened clots of lava were spattered higher and higher around it.”

Mammoth Crater is one of the most important locations in Lava Beds National Monument as it is considered to be the site of the majority of the lava flows throughout all of the Lava Beds.

The lava that flowed from Mammoth Craters is also responsible for the majority of lava tube caves found in the park. Mammoth Crater is believed to have once contained a massive lake of lava that overflowed instead of erupted, which left behind the empty crater. The lava from this crater was highly fluid and traveled all the way to the northern part of the park, creating lava tube caves all along the way. 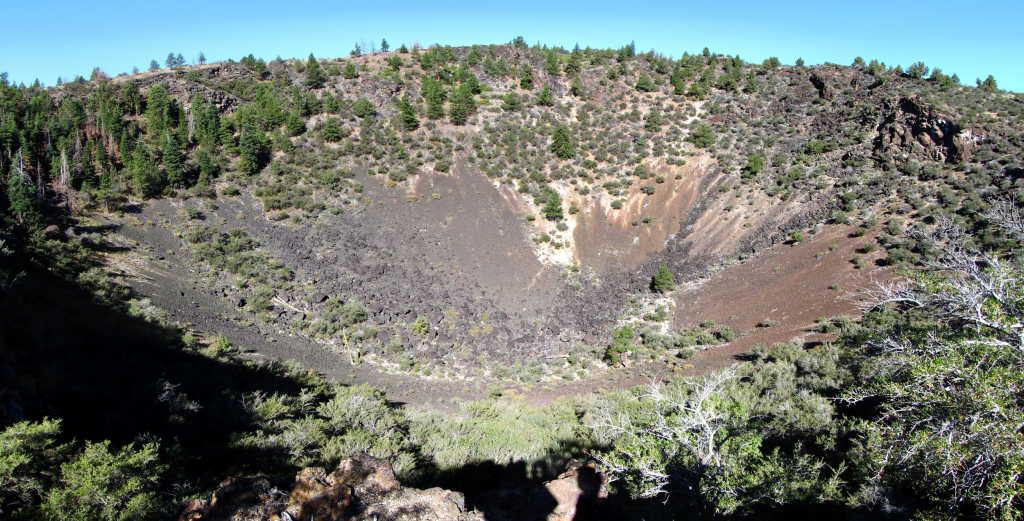 When using the park map, drive south for about 2.5 miles on a dirt road that starts after you pass the parking area for Bunchgrass Overlook. At the beginning of this road and to the west is an old cinder cone called Hippo Butte (another point of interest you may want to stop by). After you drive another 2.5 miles, there is a small turnout on the west side of the dirt road that is the parking area for the trail to Mammoth Crater. The trailhead is easily located and marked at the midpoint of the turnout. When you follow the trail to where it ends, you will find yourself at the rim of Mammoth Crater.

While there are so many points of interest for you to visit while in the Lava Beds, the last point of interest that we will cover is Captain Jack’s Stronghold. This particular point of interest is fascinating due to the amount of historic importance it has. 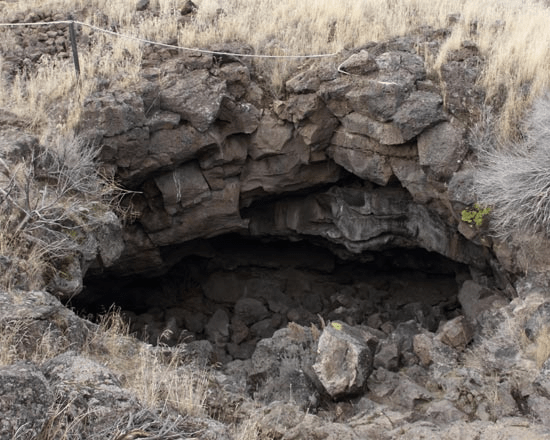 A brief history of Captain Jack’s Stronghold is as follows: “During the Modoc War, Captain Jack’s band settled here following the Battle of Lost River. With only 53 warriors and numerous women and children in their band of 160, they held off for several months a United States Army force outnumbering them by as much as 10 to 1. The Modoc’s used the lava beds as a defensive stronghold because of the rough terrain, rocks that could be used in fortification, and irregular pathways to evade pursuers. They were eventually defeated after many attempts over six months when their water supply was cut off, and they were forced to leave.”

When using the park brochure map, while on Highway 97, you will drive to the Oregon border then go east on Highway 161. After that you will need to turn right on Hill Road and take all the way to the park entrance. When you reach the park, you will need to head left and you will pass Canby’s Cross before you arrive at Captain Jack’s Stronghold on the right. You will also find a small parking lot for your use.

If you are new to caving, the Lava Beds National Monument caving map will also educate you on which caves you should try or avoid until you are comfortable.

The Cave Loop is located close to the Visitor Center at the south end of the park. Please be encouraged to stop by the Visitor Center before entering the caves. This will help you learn important information about safety or current cave closures. The Visitor center can also offer you another type of Lava Beds National Monument cave map that will teach you all about caving.

Map Your Way Through the Lava Beds

While in the Lava Beds, be sure to use one of the many maps to help you navigate through this incredible park. The Lava Beds National Monument cave map in particular is a great resource as you work your way through the many lava caves. The park brochure map is another great resource that will help you find many points of interest. To make the most of your time, be sure to use the Lava Beds National Monument cave map and park brochure maps. Remember to be safe and have fun in the Lava Beds! 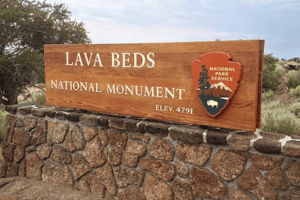