First off, before you start delving into one of over 700 caves in Lava Beds National Monument, what is caving? Also known as spelunking, caving is the recreational exploration of caves whether for physical activity or enjoyment.

With all of these things in mind, also be sure to dress accordingly. Wear appropriate clothing to account for the coolness in the caves, and wear closed toed shoes. You can bring your own hard hat or head safety gear. You will also want to ensure you have enough light, so consider bringing along a flashlight with you. The visitor center can also sell you safety helmets and flashlights.

Make sure you follow all marked paths and stay with your group as well. Now that we know what to prepare for while experiencing Lava Beds National Monument, let’s go over a few caves you’ll want to make sure you explore.

The first cave you will want to explore is aptly named ‘Sunshine’ for a reason. This cave is one of the easiest to see in as there are two major collapses in the ceiling that allow natural light in. Because the cave ins are so large, it has even allowed plants to grow in the exposed spaces.

This particular Lava Beds National Monument caving experience is easy to locate as well. Sunshine Cave is located on the main Cave Loop Road, while being easily marked. The entrance into the cave features a short decline into the cave and a small, easy to use staircase. 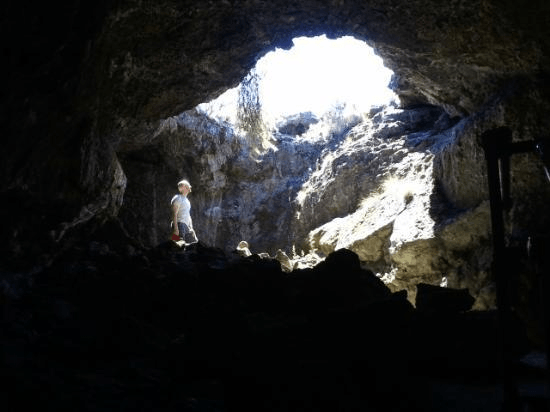 Even though parts of this cave are open to the elements, it still maintains frigid temperatures. Also, this cave is not usually one of the hot spot locations that visitors stop at. With that, you should find it is rarely busy and all the more perfect for exploring.

This cave does feature some areas where it is very dark before you reach the two different locations where the collapses are. The second collapse is the most stunning and definitely worth the trek. Be sure to add Sunshine Cave to your Lava Beds National Monument caving experience.

One of the first and best caves to explore when you are in the Lava Beds National Monument caving mood, is Mushpot Cave. This particular cave is perfect for first time caving explorers. It is also easy to locate as it is on the Cave Loop Road and near the visitor center. 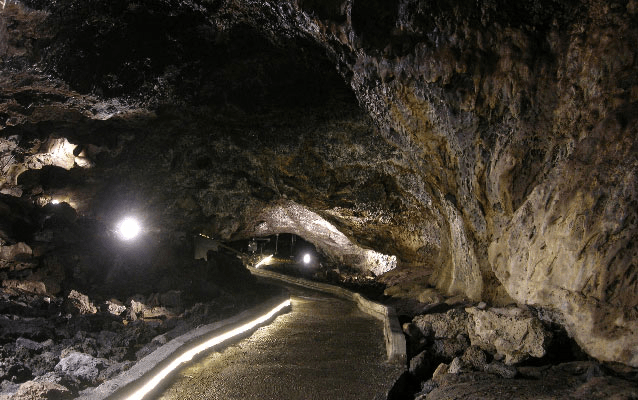 Stop by Mushpot Cave as one of your first locations on your Lava Beds National Monument Caving excursions to help you warm up for some of the more extreme caves.

The Crystal Ice Cave is one adventure in Lava Beds National Monument Caving that requires you to make a prior reservation. It is also a ranger led tour, but don’t let that stop you.

Due to the fact that the crystal ice formations are delicate, and the cave is extremely cold, this tour is led by a ranger for everyone’s overall safety during the winter months.

This tour though the Crystal Ice Cave is one that will give you a first-hand look into what the caves at Lava Beds National Monument are all about. While on this ranger led caving tour, you will find out more about the history of the Lava Beds, as well as learning about how the ice forms inside the caves. Some of the ice formations you will see while on this tour are taller than humans. 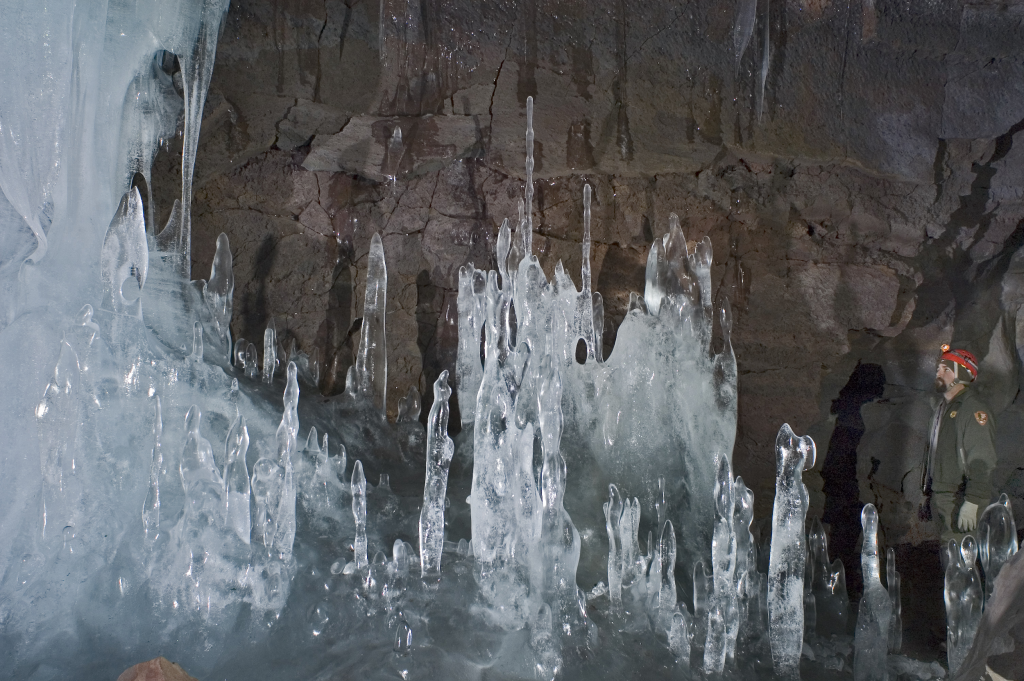 This is one of the most unique Lava Beds National Monument caving experiences you can take and well worth the time. You may even feel like you’re in a completely different world. Don’t forget to make your reservation well in advance to ensure you get to explore the Crystal Ice Cave.

Golden Dome Cave is truly an experience in caving, as well as being the first cave you will find. Golden Dome is located on the Cave Loop Road while being a short distance from the road. The entrance to Golden Dome Cave is a short descent and ladder. Be sure to watch your head and look out for ‘Headache Rock’!

Golden Dome is a moderately sized cave. It shouldn’t take you too long to explore, but nor will it be too quick to explore. This cave is the first cave that will show the newcomers what each individual’s comfort level is when caving, all in a safe environment.

This Lava Beds National Monument caving experience is unique for two specific reasons. First, there are areas within the cave that feature hydrophobic bacteria that covers various portions of the cave’s ceiling, giving it a golden sheen. Hence the name Golden Dome. The second interesting feature of Golden Dome Cave is at the back of the cave, the Figure Eight Loop, which will give you a challenge in navigation while in the dark. 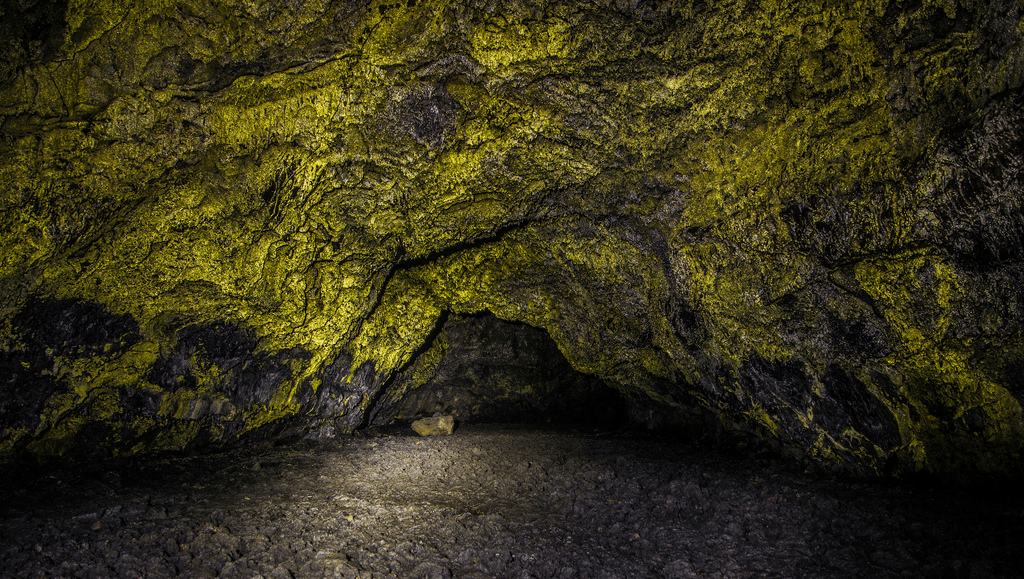 As interesting and fascinating as the golden sheen looks though, remember it is very fragile. With that in mind, cave softly with it, and do not touch.

The last cave you will want to make sure you visit during your Lava Beds National Monument caving experience is Skull Cave. This cave is located off of the main road and is about five minutes away from the visitor center.

Skull Cave is notable for multiple reasons as well as being a true hidden gem at Lava Beds National Monument. Skull Cave also has a fascinating geologic and historical background. Skull Cave is named for the numerous skulls you can find embedded in the walls and ceiling. You will see skulls of bighorn sheep, antelopes, and mountain goats. And if you look carefully in a few spots you may even see human skulls.

But where do the skulls come from? Skull Cave, for many years, was utilized as a year-round source of water for animals and the people of the Modoc tribe. This is because it was one of two caves in the park that had an ice floor at its lowest point. Today the ice floor is protected from visitors by a metal gate. 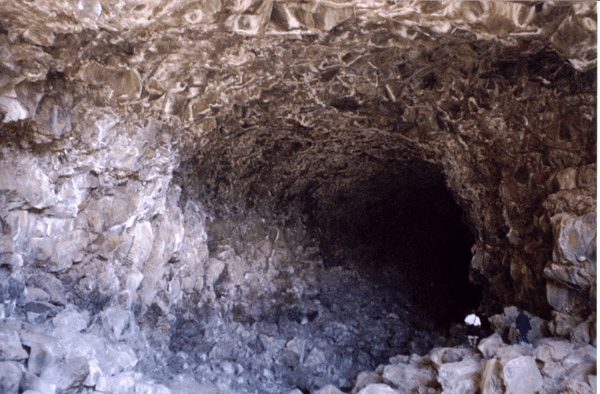 Due to the exciting history of Skull Cave and it being a pretty easy cave to explore, be sure to take your caving adventures inside this cave.

For a truly unique Lava Beds National Monument caving experience, stop by Skull Cave and try to pick out as many different types of skulls that you can.

Whether you are new to caving, or are a die-hard enthusiast, Lava Beds National Monument caving will give you plenty to enjoy. Whether you try to stop at as many caves as possible or pick just a select few, make sure to follow all the rules set before you. With this in mind and practice, you will be sure to get the most of your caving excursions. For more fun caving options, reserve a tour of Fern Cave, or consider stopping at Valentine Cave, or Catacombs Cave among others. Remember to cave softly and cave safely while you adventure in the Lava Beds National Monument caves. 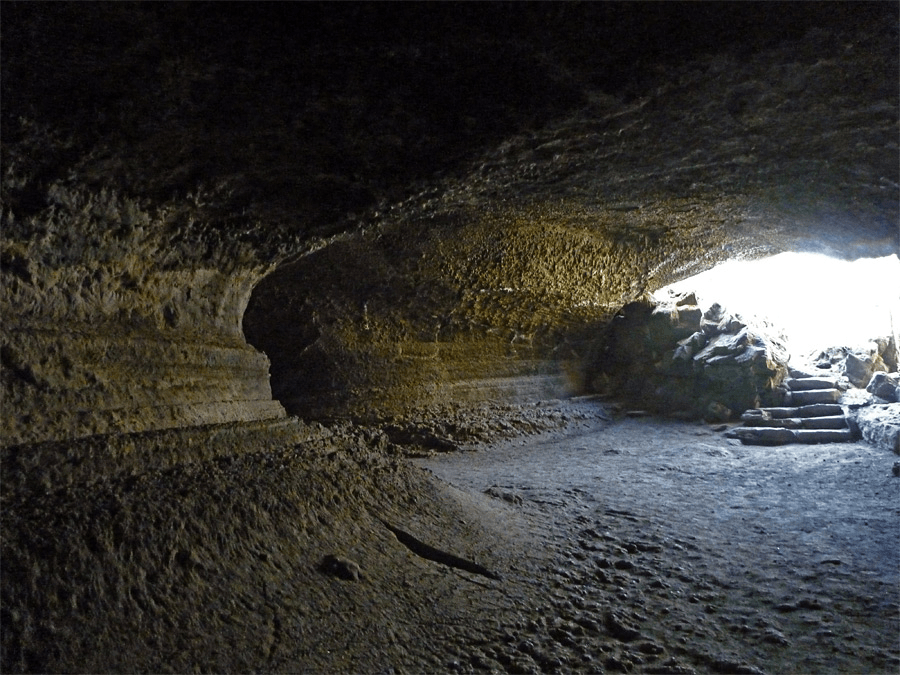