Upper Klamath Lake is a serene and picturesque location that visitors to Southern Oregon should get a glimpse of. This lake can offer you one of the best ways to spend your day in Klamath Falls. With all of the fun to be had at Upper Klamath Lake, you’ll want to head on down to the shore. To help you learn the in’s and out’s of what makes Upper Klamath Lake such a fun attraction, we have put this guide together to give you a crash course. By the end of this, you should know everything there is to know about Upper Klamath Lake. Let’s get going!

Let’s begin our guide with a little information on what we know of the history of Upper Klamath Lake. Upper Klamath Lake is approximately 25 miles long and 8 miles wide, making it the largest body of freshwater in Oregon. It sits at an average elevation of 4,140 feet. The lake is kept above sea level at 4,137 to 4,143 for the purpose of being able to ensure that it can sustain aquatic life such as redband trout that call the surrounding area home. During the early 20th century, a large portion of the wetlands and marshes of Upper Klamath Lake were drained for agricultural purposes. This caused irrevocable damage to the habitat as a whole.

For well on a century the waters of Upper Klamath Lake have helped sustain local farmers with the federal funded Klamath Project. The water tends to fluctuate in depth from 8 to 50 feet on account of this water regulation.

Klamath Lake is a watershed location for many surrounding rivers. The 3,768 miles that converge include the Williamson and Wood Rivers. Klamath Lake is drained by the Klamath River and Link River.

The area around Upper Klamath Lake was originally occupied by the Klamath people to the north and the Modoc people to the south. The first recorded reference of people of European descent coming to the area was in December of 1826. This group of Hudson Bay Company fur trappers were under the leadership of Peter Skene Ogden. Ogden would go on to refer to what we now know as Upper Klamath Lake as ‘Dog Lake’ on account of his acquiring of nine dogs from the local Klamath people in exchange for food. Ogden and his company would explore the Klamath area for a time before turning further south in search of a beaver. As time went on, animosity between the natives of the area and American settlers grew to armed conflicts. In 1846, a military group led by John C. Fremont and Kit Carson were attacked by a raiding party of natives along Klamath Lake. In retaliation, a native village was attacked resulting in the death of 14 people. 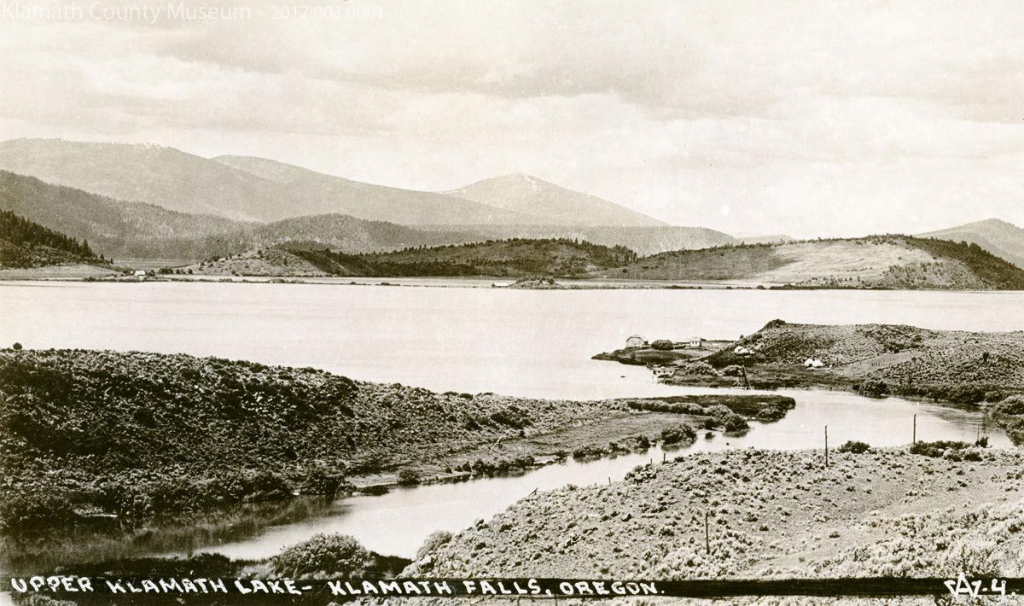 Time would see more settlers come into the area along the South Emigrant trail by Upper Klamath Lake and were raided heavily by the Modoc people. The conflicts would eventually reach an end with the defeat and relocation of the native people during the Modoc War. The mid-19th century also saw much of the area north and south of Upper Klamath Lake settled for agricultural purposes. Since 1917 the water level has been closely regulated by the United States Bureau of Reclamation’s Link River Dam in accordance with the Klamath Reclamation Project. As previously mentioned, this is to supply irrigation and to help with agriculture in the Klamath Basin. While the dam was originally built by timber, it was replaced in 1921 with a concrete structure. 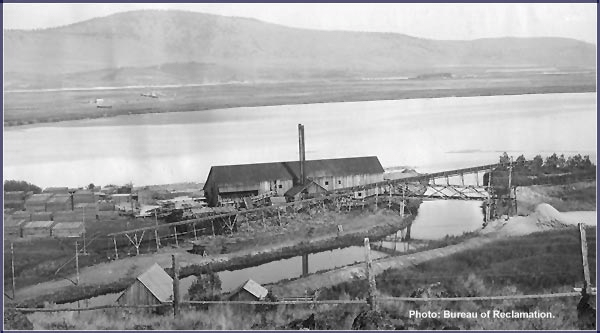 Upper Klamath Lake is the largest surviving remnant of Lake Modoc. Lake Modoc was an expansive pluvial lake or body of water that accumulates in a basin due to changes in temperature or precipitation. This now extinct lake existed around 10,000 years ago and at its largest point reached a maximum of 1,000 miles. This body of water connected the Upper Klamath, Lower Klamath, and Tule Lakes into one along with other wetlands in the Klamath Basin. If you remember the size of modern day Klamath Lake at 25 miles long and 8 miles wide, Lake Modoc was more than 10 times the size of this! It also sat at sea level 100 miles higher than modern day Klamath Lake. Lake Modoc dispersed at the end of the Pleistocene period giving us the many lake and marshes of the Klamath Basin. 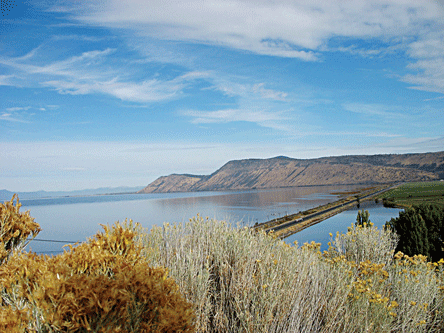 As we’ve discussed, prior to Klamath Reclamation Project in the early 20th century, much of the Klamath Falls area was surrounded by marshes and wetlands. These marshes and wetlands contributed to a wide variety of fish, birds, along with various other wildlife and maintenance of water quality.After many of the marshes and wetlands were drained for agriculture, the value of them was fully felt. Upper Klamath Lake is a highly eutrophic body of water, or high production of bacteria. On account of this, the lake is now considered to be a hypereutrophic body of water. On close inspection, you will notice that there is blue-green algae that blooms along the lake.

The US Fish and Wildlife Service helps to protect and maintain the large population of suckers that call Upper Klamath Lake home. In 1988, the Lost River sucker and shortnose sucker were placed on the endangered species list. These two formerly abundant fish populations decline brought increased interest in the water quality issue of the lake. In accordance with this issue, the government ended up dropping a dredging project that would have caused further damage to the lake. 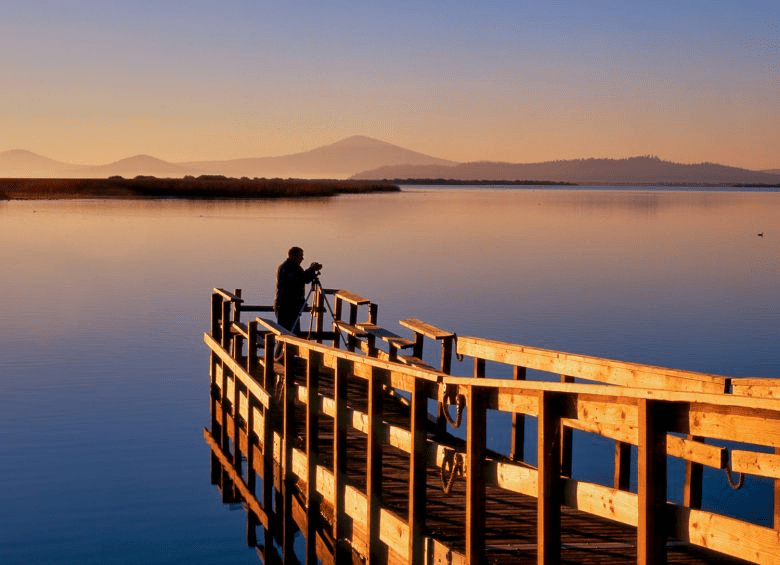 In 2001, national attention was brought to Upper Klamath Lake on account of drought that heightened environmental concerns. The Bureau of Reclamation stopped withdrawing water from the lake for the Klamath Reclamation Project to help protect the fish population. Since 2003, the Fish and Wildlife Service has been regularly monitoring the lake for water shortfalls which have endangered fish in the lake and salmon in the Klamath River. Today, the future interests of Upper Klamath Lake rank in national interest on account of competing claims between farmer’s rights and environmental rights. 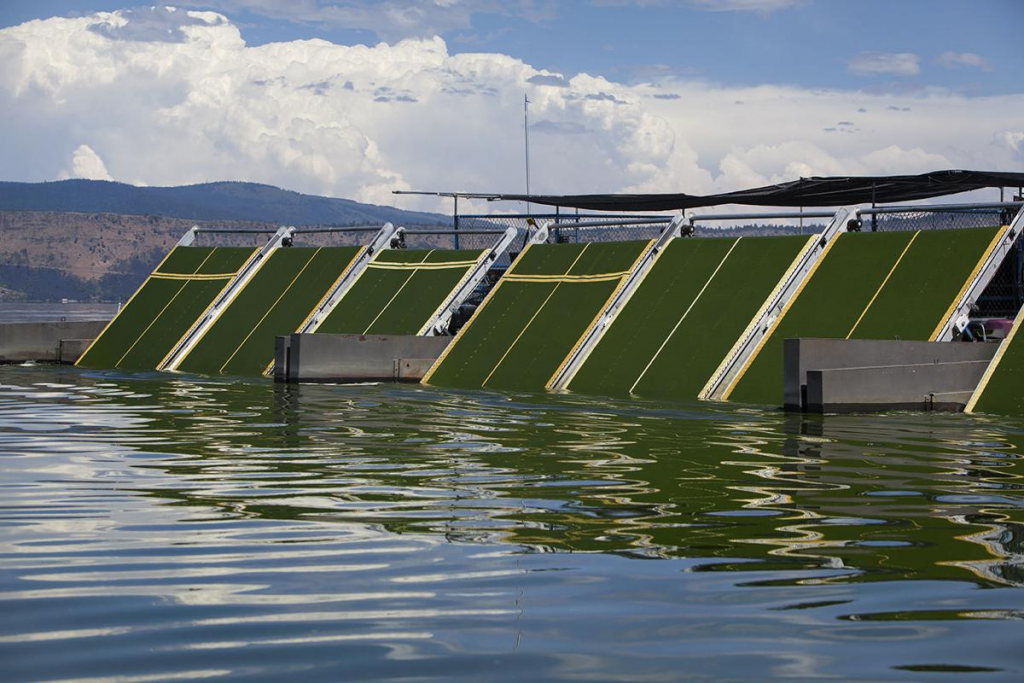 Today Upper Klamath Lake is a bit different from the lake that the Klamath and Modoc people lived around. The area now is a location for many activities and well known in the area. Many people enjoy the fishing, boating, bird watching, and camping options around Upper Klamath Lake. Klamath Lake also features miles of canals that are great for kayaking and canoeing. Other activities you will find at Upper Klamath Lake include kitesurfing, windsurfing, and sailing. Fishing along Upper Klamath Lake can offer anglers catches of redband trout, yellow perch, and rainbow trout. Many catches in the area have seen weights in upwards of 10 pounds! Pelican Bay is considered to be one of the foremost fishing locations in the area for this.

The recreation area around Upper Klamath Lake known as Moore Park offers a variety of picnic tables, benches, and hiking trails. The area is very well known for their hiking and biking trails. Several areas have been developed solely for bikers, hikers, and runners. In fact, an old access road has even been shut down to allow for more trails for enthusiasts. It also offers a day camp location, several covered pavilions for private events, as well as being the best location in Klamath Falls for outdoor activities. 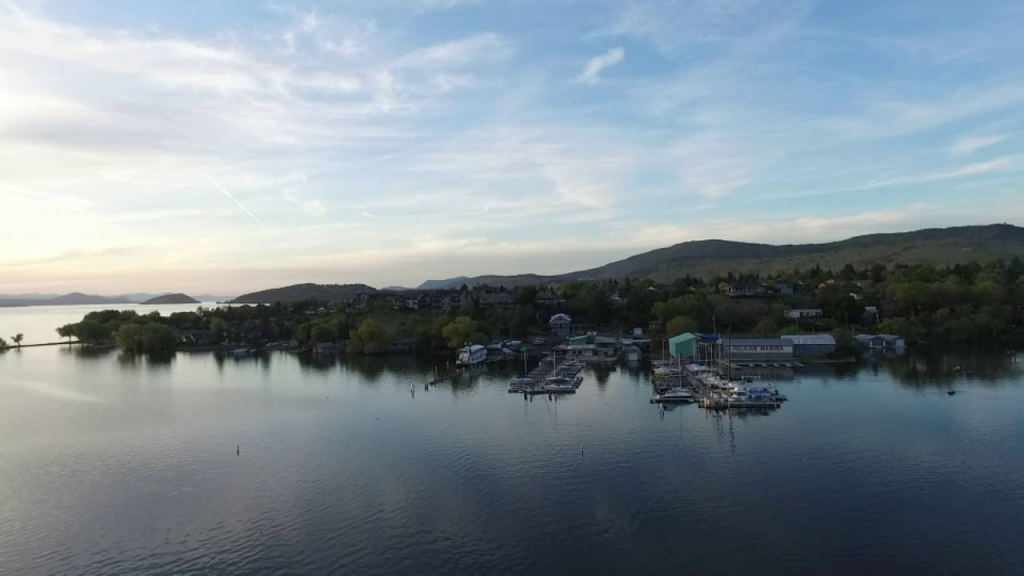 The Moore Park area at Upper Klamath Lake is also used for nearby community events like soccer, disk golf, and local events. The Klamath Basin Birding Trail offers a magnificent hiking option around Upper Klamath Lake. The hike passes through 47 spots that will offer you views of around 350 species of birds. If you stop by Putnam Point Park, you may even catch the excitement of the Grebes dancing. Other types of wildlife viewing at Upper Klamath Lake will offer you spectacular glimpses of local muskrats, mink, deer, river otters, and beavers in their natural habitat.

While Upper Klamath Lake is steeped in a rich variety of history and remains to be a hot topic, it also offers an escape into nature. Whether you want to drive around the entirety of lake and see it from all angles, or take advantage of one of the many amenities offered around the lake, this is one spot you certainly need to make a top priority. If you’re lucky, you may even discover a local event or a rare animal sighting. This serene location can offer you hours of enjoyment, whether you choose to go out on the water or sit at one of the many picnic options. Make sure you try out one of the many hiking trails as well for a complete view of the Upper Klamath Lake.