There’s something for everyone in Klamath County — no, really! Every type of person will find something they love about this adventure-loaded, history-laden, cultural hot spot in south-central Oregon.

If you’re looking for the can’t-miss experiences of Klamath County, then you’ve come to the right place. Here, we’re unpacking the iconic musts, the big-ticket bucket-listers, the signature sights and sites, and the best things to do in and around Klamath Falls. Whether it’s your first time visiting or your fiftieth, read on for some of the best things to do in Klamath County. 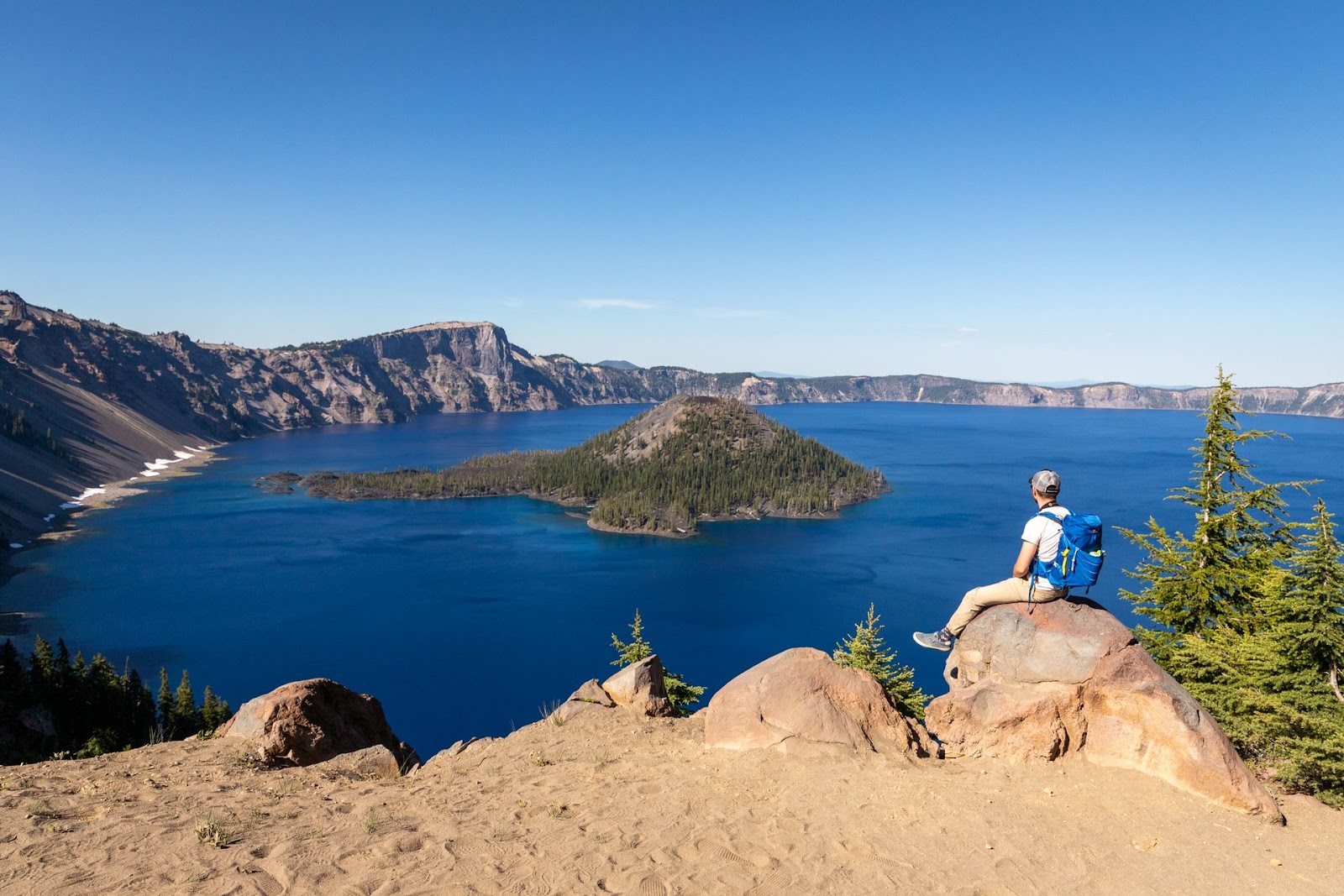 No visit to Klamath County is complete without a trip to Crater Lake. Photo by Kamrin Nielsen

Did you know one of the world’s most breathtakingly beautiful national parks is only an hour north of downtown Klamath Falls? That’s right: Crater Lake National Park is a true showstopper. With water so blue it looks like it was plucked from an animated fairy tale, as well as a glorious lineup of hiking trails, panoramic points, waterfalls, and so much more, a visit to Crater Lake is not just one of the best things to do in Klamath County—it’s one of the best things one can do in their lifetime. Terms like “life-changing” get thrown around often, but this place is seriously that: life-changing, life-affirming, life-giving. Whatever you do, make it a point to visit Crater Lake! 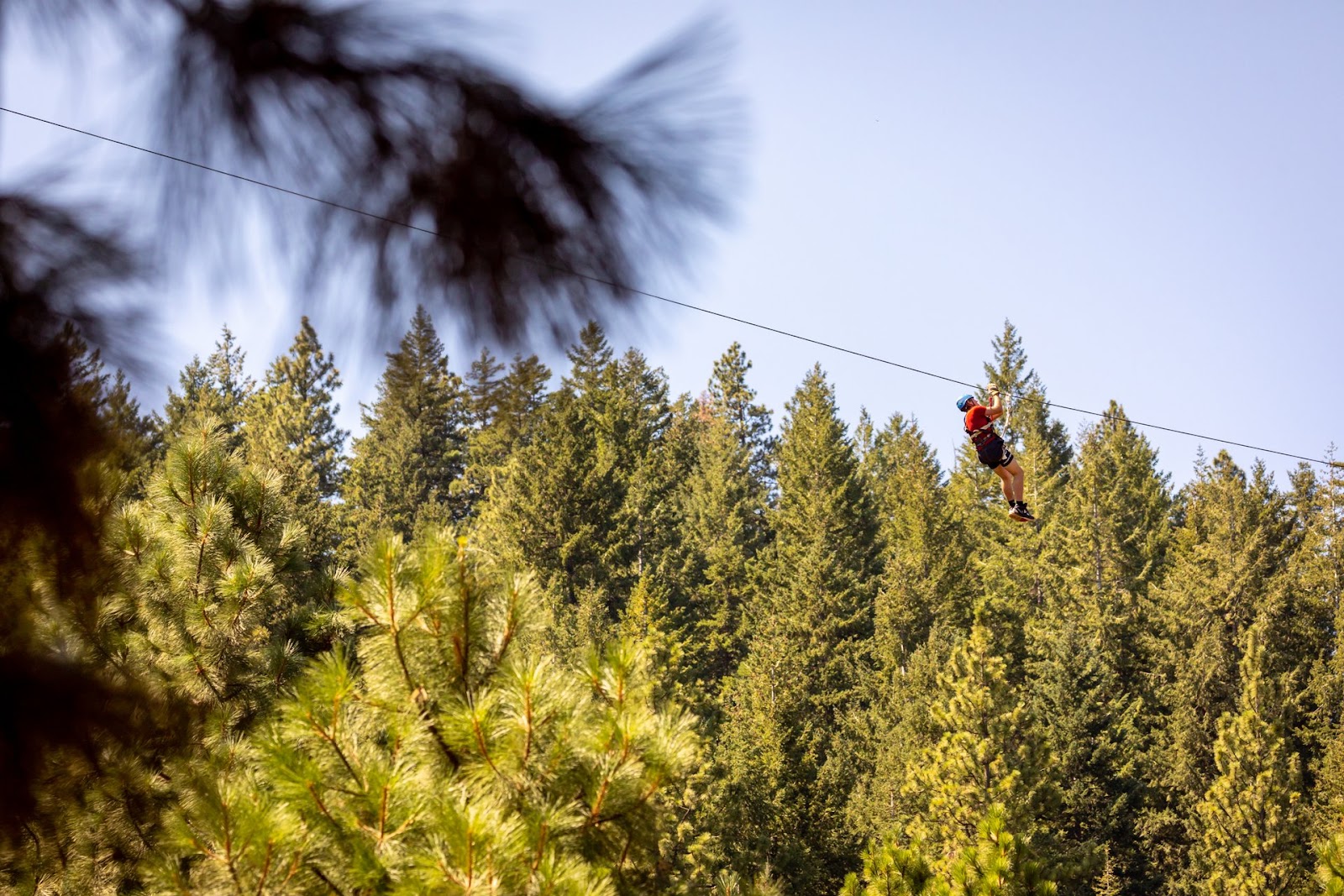 Whizzing by a sea of evergreen at Crater Lake ZipLine. Photo by Kamrin Nielsen

Prefer your adventures to have an exhilarating dash of adrenaline? You’re in luck. The Crater Lake ZipLine is an epic Oregon adventure. With 9 ziplines at heights of up to 100 feet in the trees, this experience is one for the record books. Literally. This is the longest handbrake zipline in Oregon and the only zipline canopy tour on National Forest land in the nation. With unrivaled views of Mt. McLoughlin, Upper Klamath Lake, and the surrounding Cascades, this is one adventure that shouldn’t be missed! 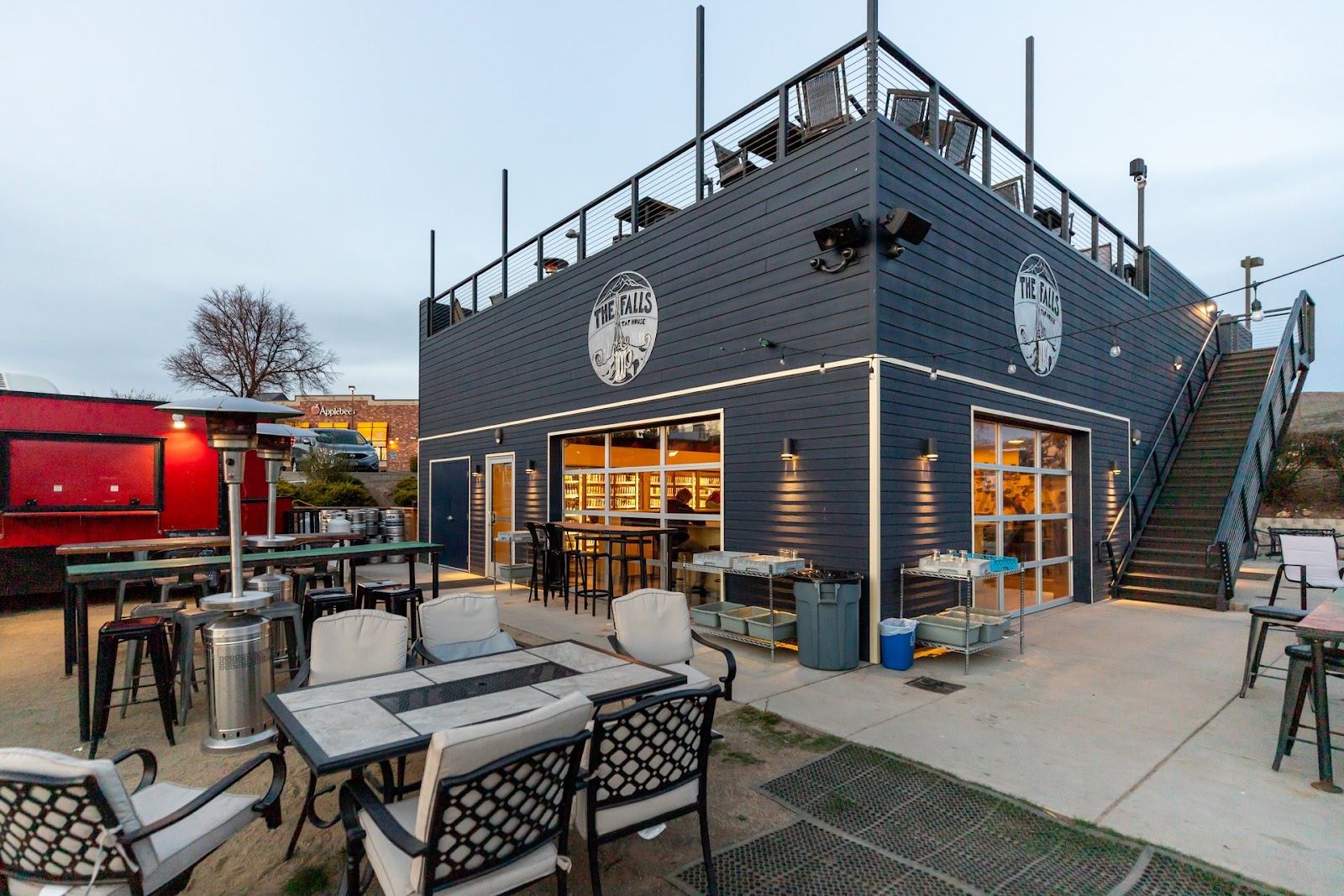 Lovers of the trail-to-tavern lifestyle, rejoice! Klamath County is home to an incredible lineup of microbreweries slinging out all sorts of hoppy, malty, craft beer goodness. From Skyline Brewing Company to the Falls Taphouse, Mia & Pia’s Brewhouse to Brevada Brewhouse, it’s all here in Klamath County, waiting to be sipped and savored.

Only 45 minutes south of downtown Klamath Falls, in a nearby pocket of Northern California, Lava Beds National Monument offers up some of the best caving and spelunking in the country. In fact, no other corner of the continental U.S. boasts as many cave features as Lava Beds. From the lava tubes to the majestic Crystal Ice Cave, experiencing the underground wonders of Lava Beds National Monument is an experience visitors won’t soon forget.

5. Enjoy Some of the Best, Most Underrated Mountain Biking in Oregon 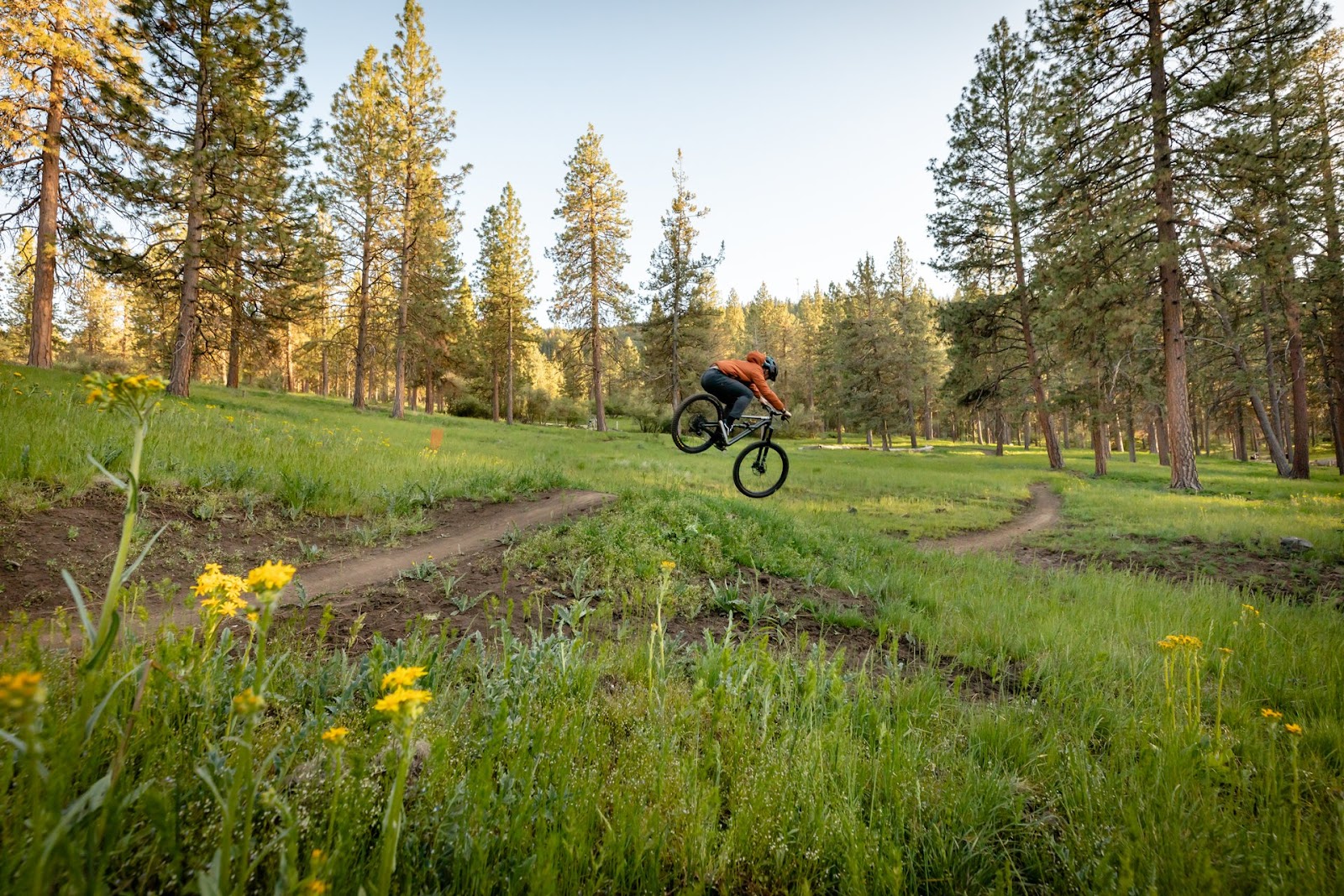 Moore Mountain is just one highlight among many in Klamath County for MTB lovers. Photo by Kamrin Nielsen

Nearby Bend, OR might garner more headlines for its MTB scene, but Klamath County has quietly become a mountain biking mecca of its own over the last decade. Three mountains dominate the conversation: Moore, Spence, and Brown. With 80+ miles of trails spread out across these three mountains—and plenty of trail difficulty levels, from rip-roaring black diamond downhills to casual lakeside cruisers—mountain biking in Klamath County is a serious must for any lover of the two-wheeled touring lifestyle.

When it comes to birdwatching, there are some places that are truly head and shoulders above the rest. The Klamath Basin is one such place. Home to over 350 bird species, the variety of avian life is unquestionable. And the natural scenery from which to see them is second to none. Come for the deliriously diverse lineup of Tundra Swans, Snow Geese, Canada Geese, egrets, herons, hawks, owls, and grebes. Stay for the beautiful and welcoming backdrops. 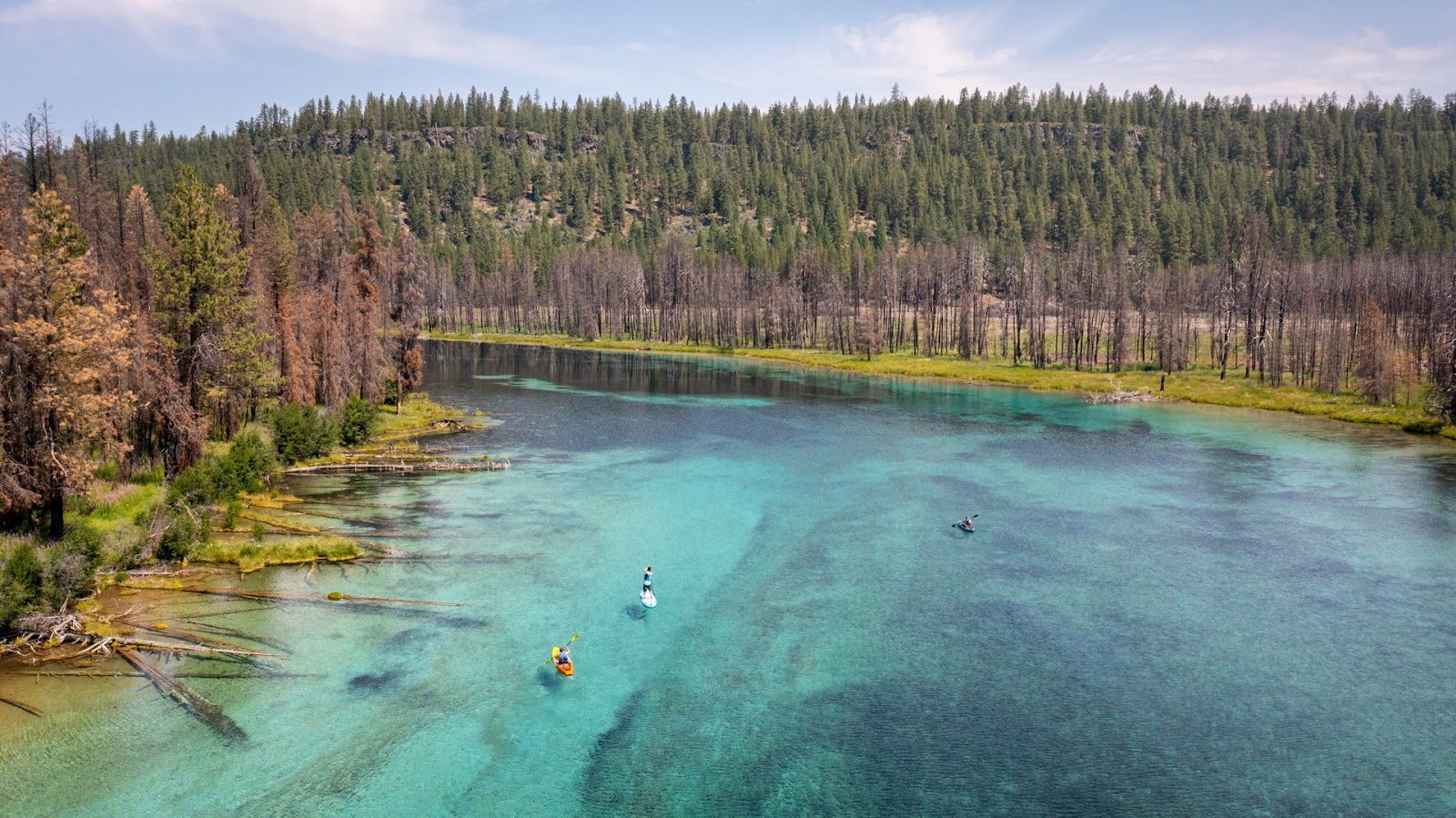 If this doesn’t convince you of Klamath’s world-class water scene, we don’t know what will! Photo by Kamrin Nielsen

To call Klamath County anything less than a world-class whitewater and flat water destination would be a colossal mistake. Because sprawling and slithering throughout this scenic basin in south central Oregon is a mesmerizing mix of enormous lakes, glittering rivers, crystal clear creeks, and more. For water lovers, there’s no shortage of ways to make the most of this water paradise: paddling the Upper Klamath Canoe Trail, windsurfing at Lake of the Woods Resort, SUP-ing at Odell and Crescent Lakes, kayaking the spring-fed Wood River at Jackson Kimball State Park—it’s all possible in Klamath County.

8. Take a Historical Tour Back in Time

History buffs will love any visit to Klamath County. From its early Oregon Trail days to its railroad history, the story of Klamath County is fascinating. Experiencing its living history today is not only super interesting and intriguing but incredibly easy! On nearly every street corner, you’ll find relics of its storied past. Whether you take a self-guided tour of Klamath Falls’ numerous historic buildings with the Downtown Walking Tour, or make a visit to a museum (such as the Klamath County Museum, Favell Museum, or Baldwin Hotel Museum), you won’t be disappointed! 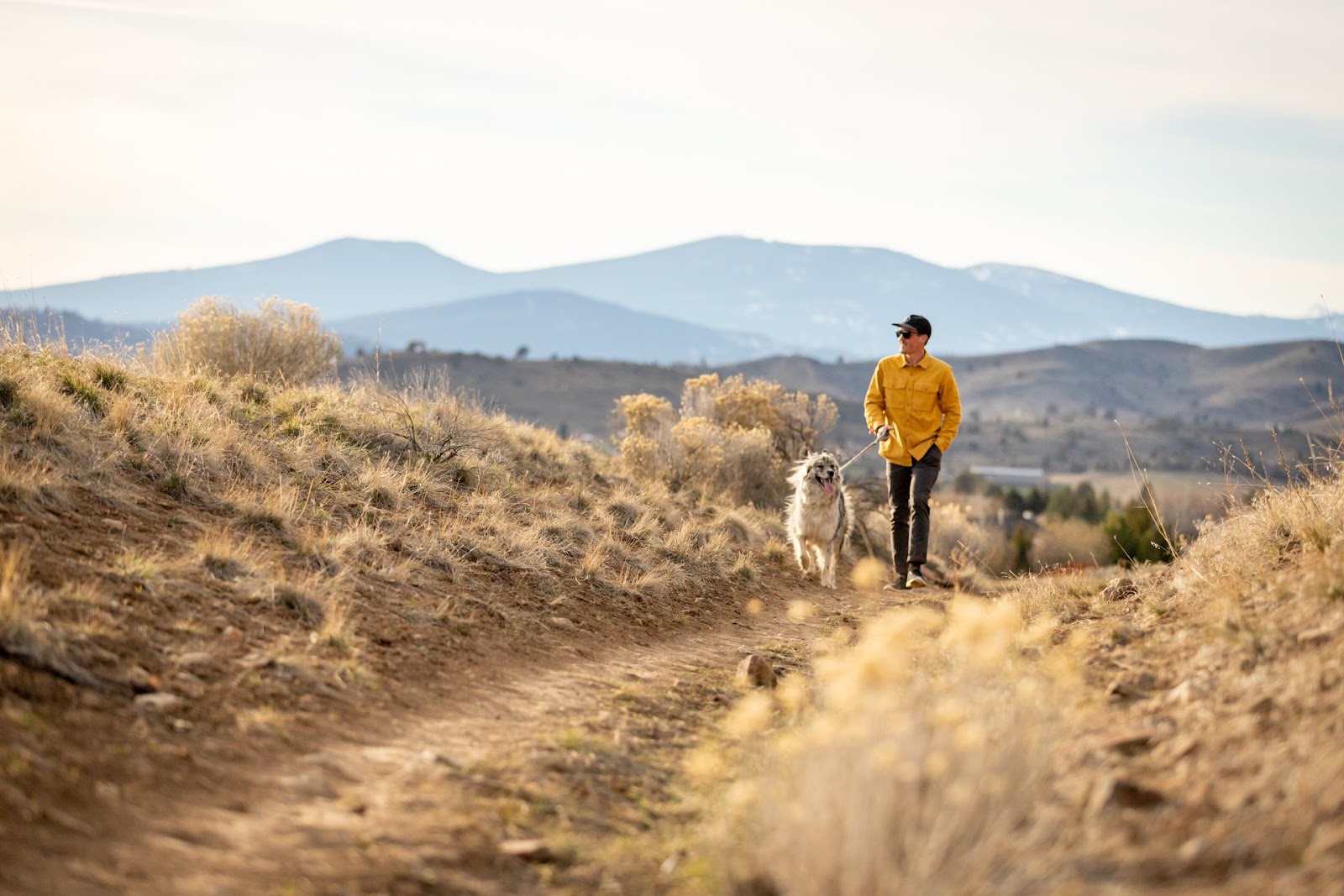 When in Klamath County, take a hike! Photo by Kamrin Nielsen

Home to hundreds of miles of trails, Klamath County is a true hiker’s paradise. Whether you’re seeking a family-friendly jaunt at Moore Mountain or want to test your hand at hiking a portion of the famed Pacific Crest Trail, this much is clear: you could spend a lifetime in Klamath County and still never hike all the glorious trails on offer. But here are 7 panoramic trails with amazing views to at least get you started!

One of the most important things for planning and executing a great getaway is to get your lodging right. Thankfully, there are some seriously standout options when it comes to unique places to stay in Klamath County. From rustic mountain lodges to lakeside cabins, living in the lap of rugged luxury is a great way to intimately experience Klamath County’s warm and welcoming natural beauty.

At the end of the day, if you’re still somehow looking for things to do in Klamath County, here are 14 more fantastic options!